Boston Farm Photography: All At Once

As part of the Boston Homegrown book project, I traveled around Massachusetts (and even Rhode Island) photographing farmers at work. I toured the farms, met the animals, and narrowly escaped death due to clumsiness every time (although I do have a nice scar from falling into barbed wire). You may remember me admitting my fears about photographing the animals back in this post. I worried that I would want to be a vegetarian, but quite the opposite happened. I am happy to report that the trend continued. Visiting each of these farms and learning about all the love and work and integrity that goes into the whole process was inspiring! I’m slowly joining the ranks of the locavore movement. Each of these farms are so fabulous. Many are affiliated with farmers’ markets, some have their own stores on-site, and all of them are partnered with Boston-area restaurants. It doesn’t take too much effort to enjoy the fruits of their labor!

Blackbird Farm, Smithfield, RI
Run by Ann Marie Bouthillette & her family
Ann Marie raises 100% Angus cattle on her farm and she is awesome! It was so fun mucking out to the cow pastures and getting to meet all the cows, calves, and even a bull. Fun cow fact: cows have the same gestational period as humans, 9 months. 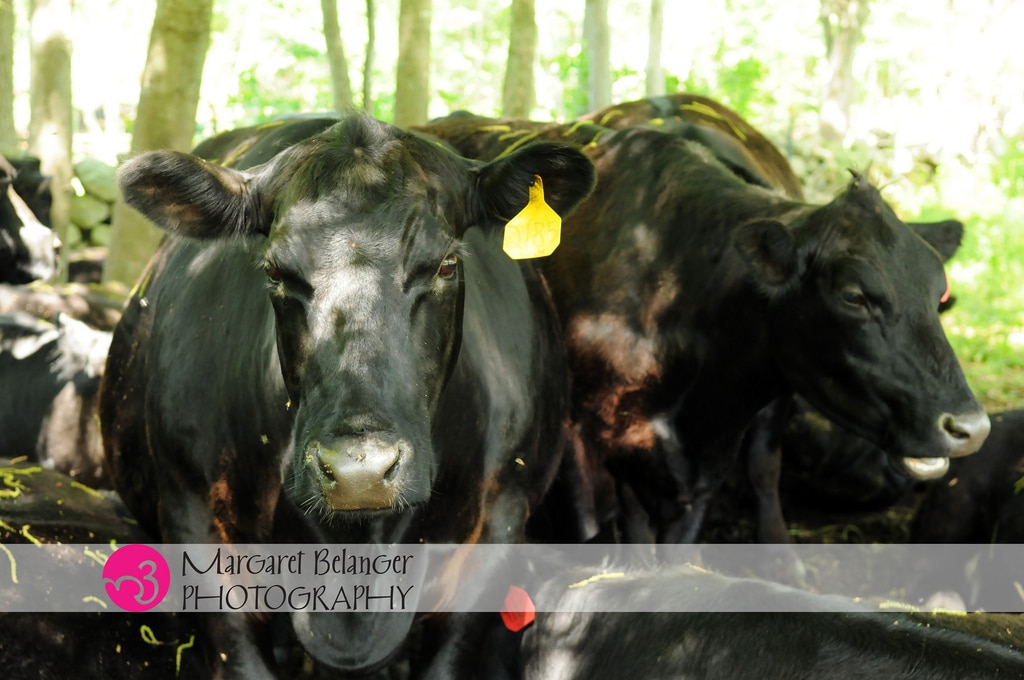 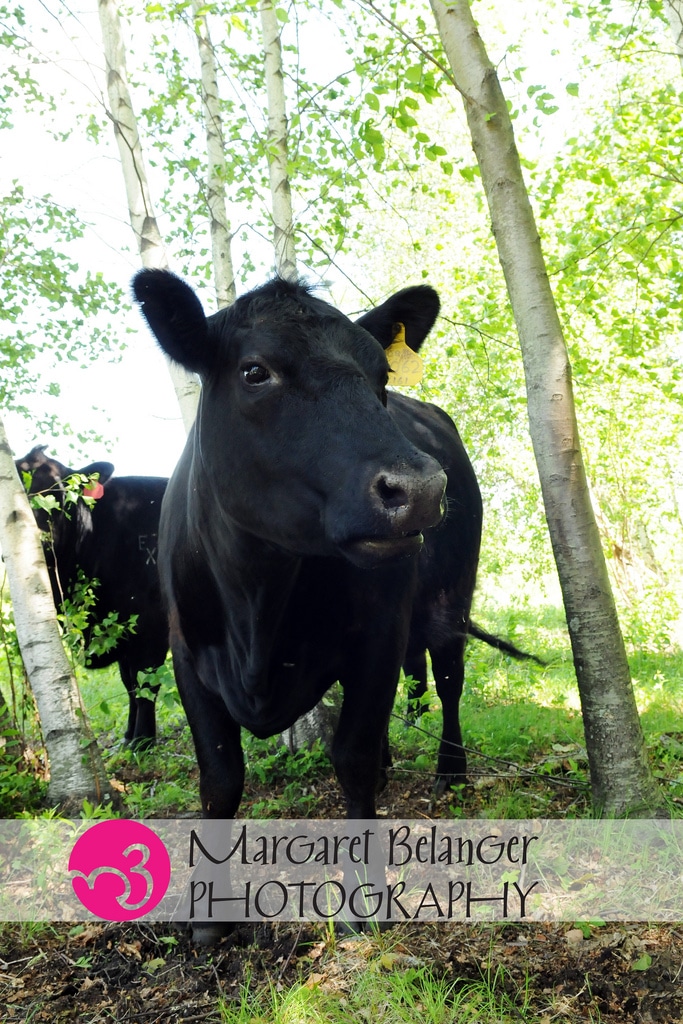 Blackbird Farm does have a farm stand you can visit. They also supplied 606 Congress with the beef heart I tried (and loved). Check out their site for other restaurants they’re paired with!

Brambly Farms, Norfolk, MA
Run by Ted & Sandra O’Harte and family
Oh my goodness! Piglets galore at Brambly Farms! The piglets have the run of the land up until they’re about 3 weeks old so you just see them bounding all over the place. In my vision for the day, I was totally going to be able to hold and cuddle piglets. Alas, they were a bit too skittish and not at all interested in me. Here’s a fact I did learn – pigs don’t have sweat glands, which is why they roll around in mud; they need to keep cool. They also have a gestation period of 3 months, 3 weeks, and 3 days. Easy to remember! 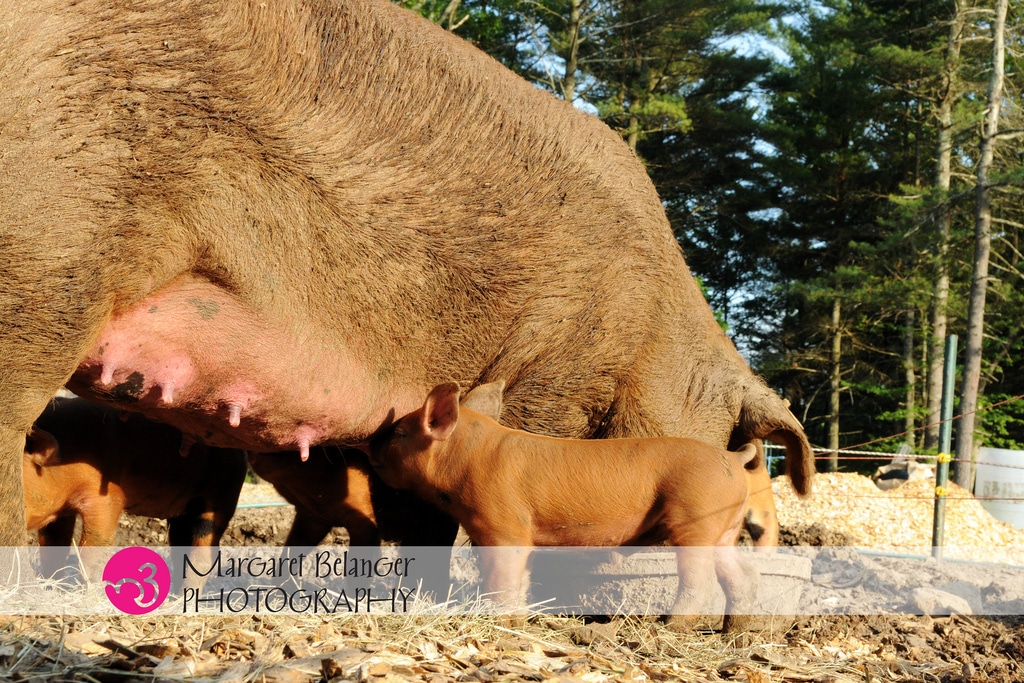 I love this guy’s expression… 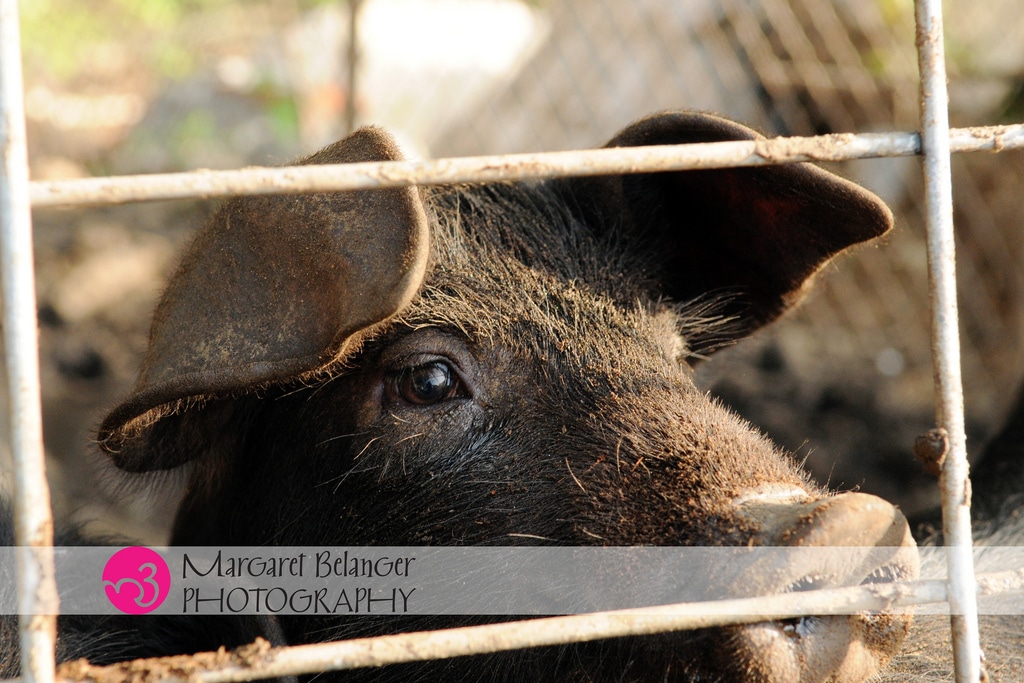 Another thing I learned about farm animals is that many of them are very similar to dogs. This boar loved being scratched between the ears! 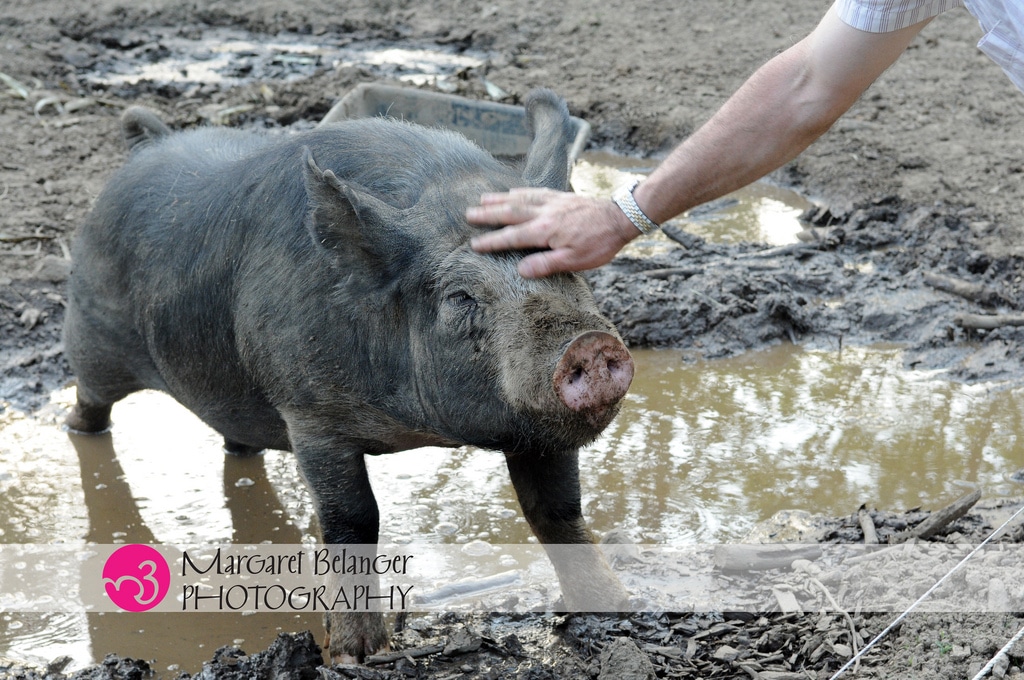 Ted & Sandra & Erin & Tara were awesome tour guides! You can order their food straight through their farm, or find it at a restaurant like Tastings at Patriot Place in Foxboro!

Frizzell Hill Farm, Leyden, MA
Run by Lynette & Rob Snedeker
For a while, I had been hearing that I was gong to go photograph “the goat lady.” Apparently, if you’ve been paying attention to the foodie news, goat meat is the new big thing. Lynette is way ahead of the game! By the time I left her farm, I was convinced I wanted a pet goat (of course, I also want a pet pig, too, but I can’t get either until I have an actual yard). We had to keep rescheduling our session due to the bouts of rain we got throughout the spring/summer. She informed me that the goats don’t like the rain and they won’t be happy for photos. I chalked that up to some sort of farmer eccentricity. Until I saw a goat smile.

Yup. I’m pretty sure she’s smiling. If I remember correctly, this is Teacup. 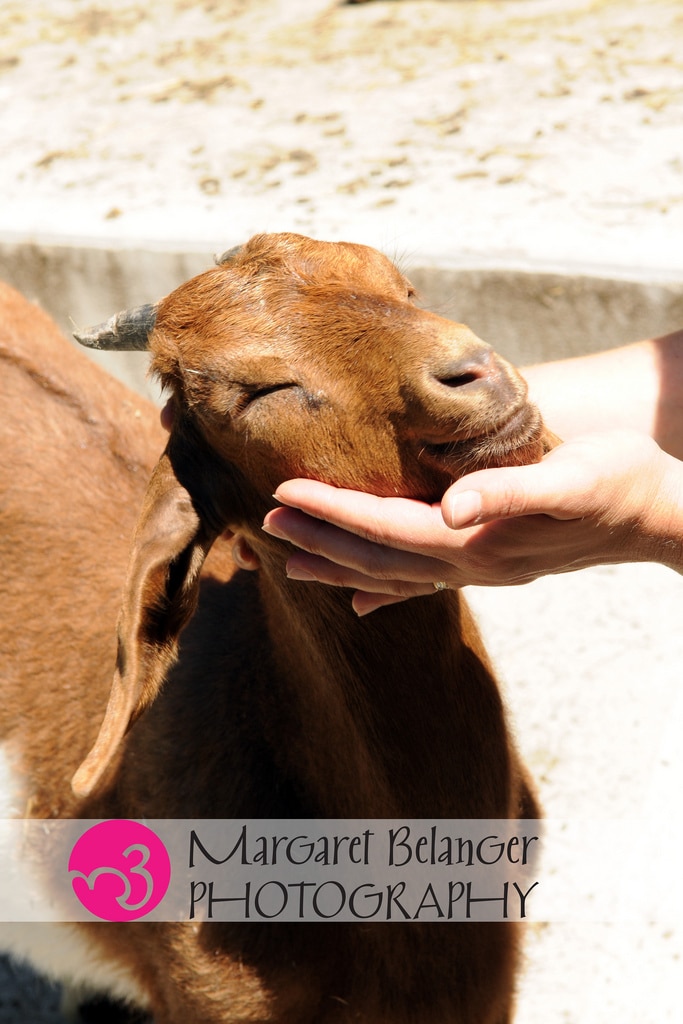 You can see the buck climbing up the hill. 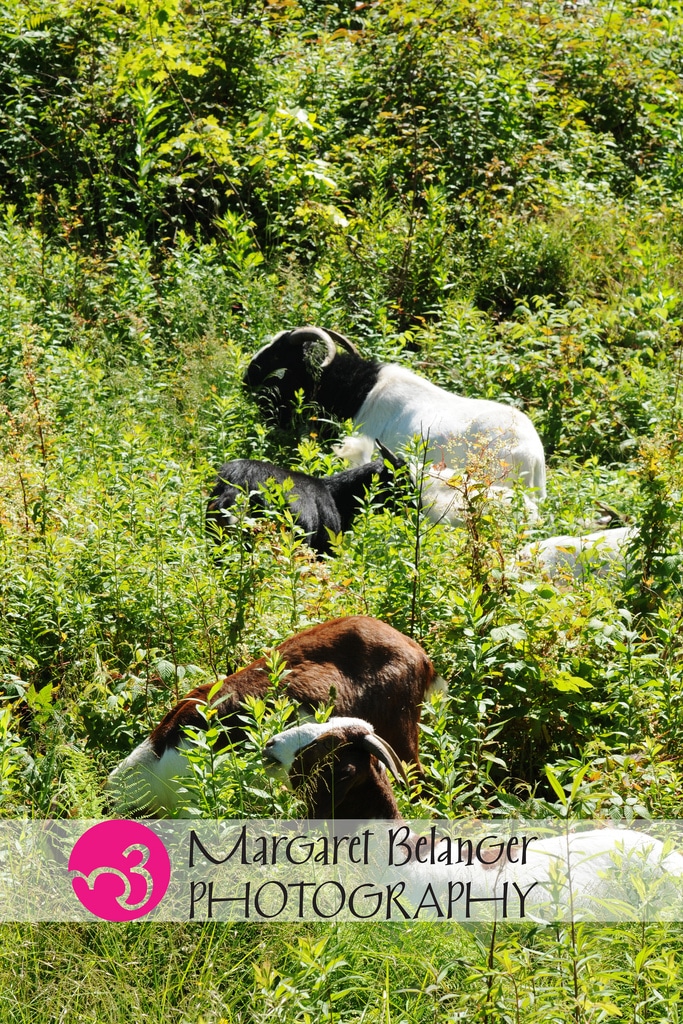 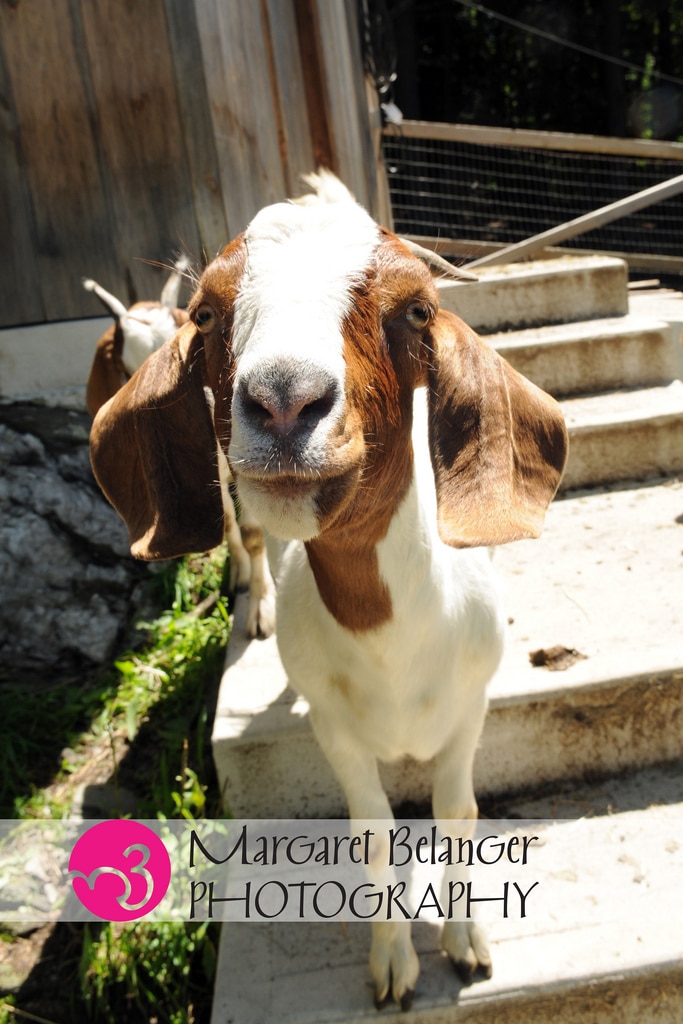 Lynette has created a wonderful & peaceful environment for all these goats. She told me her motto is “Happy happy dead.” It sounds silly when you say it, but it’s pretty awesome. The goats live an anxiety-free lifestyle. They roam around, they’re well taken care of, and Lynette loves every single one of them. The day I visited, there were two goats on the verge of giving birth. To be there would have been the coolest and oddest Boston Homegrown adventure, but, the stars weren’t aligned. I can tell you the gestational period for a goat is 5 months (I learned all about farm animal gestational periods). If you’re interested in tasting goat meat, Lynette works with Chef Michael Leviton of Lumiere in Newton.

Round the Bend Farm, Dartmouth, MA
Run by T & Elen Vieira
This was the only farm I visited that gave away 3 year olds with their meat! Ellis actually greeted me at the door and joined us on our tour of the farm. He had all sorts of things to tell me! 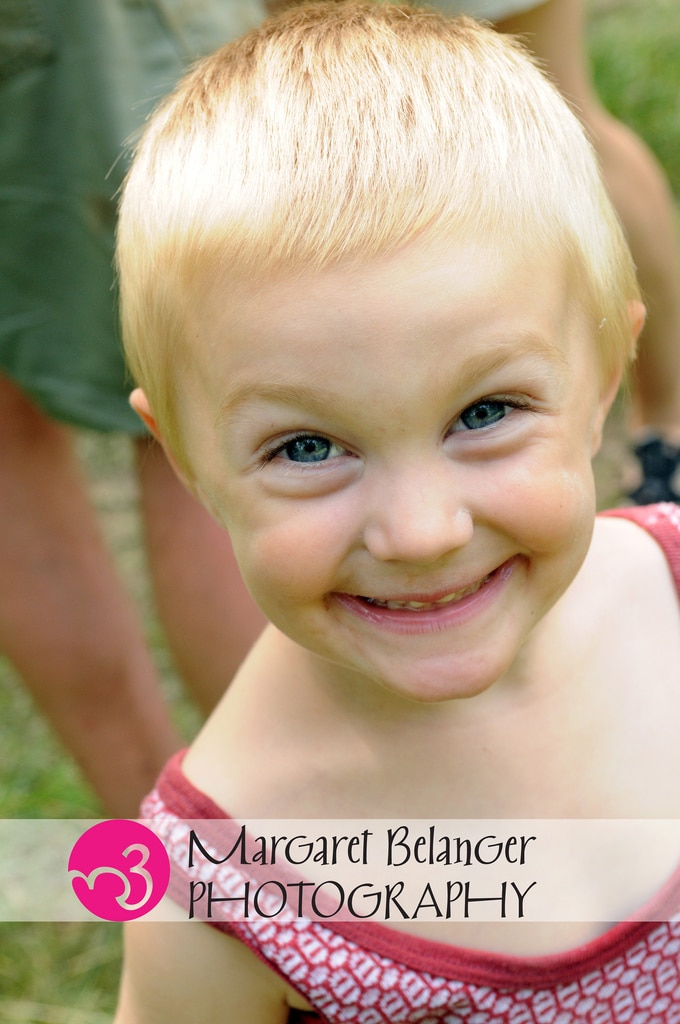 For instance, Ellis told me this guy is named Tom. 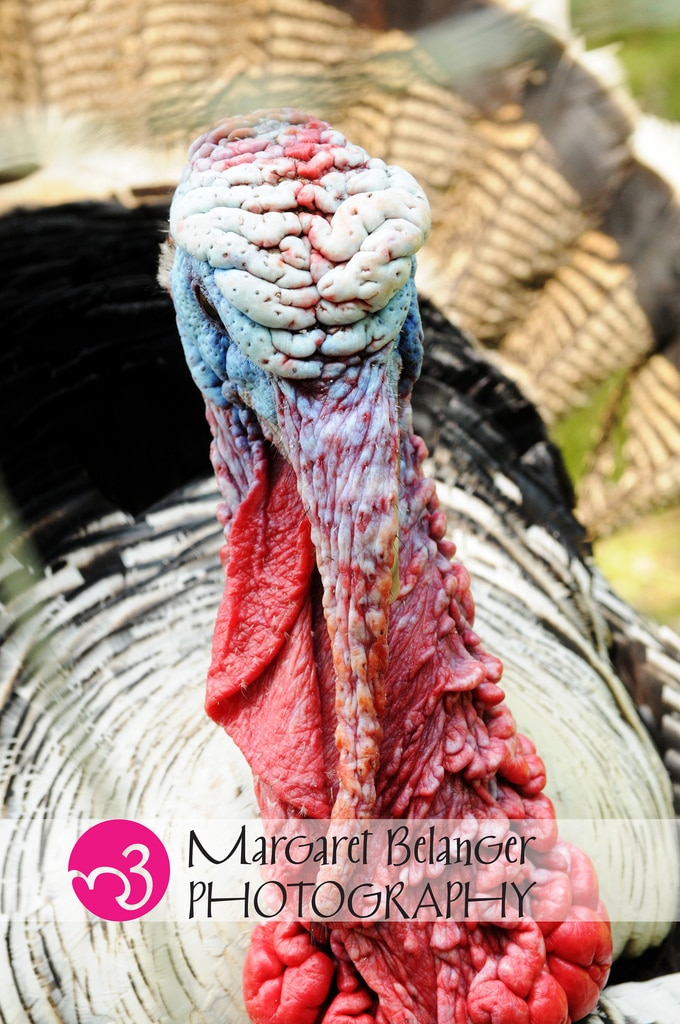 I think if all turkeys were as pretty as Tom, nobody would want to eat them! It would be like eating a rainbow! Apparently, T & Ellen feel the same way because Tom has become a mascot instead of a meal!

Piglets basking in the sun. 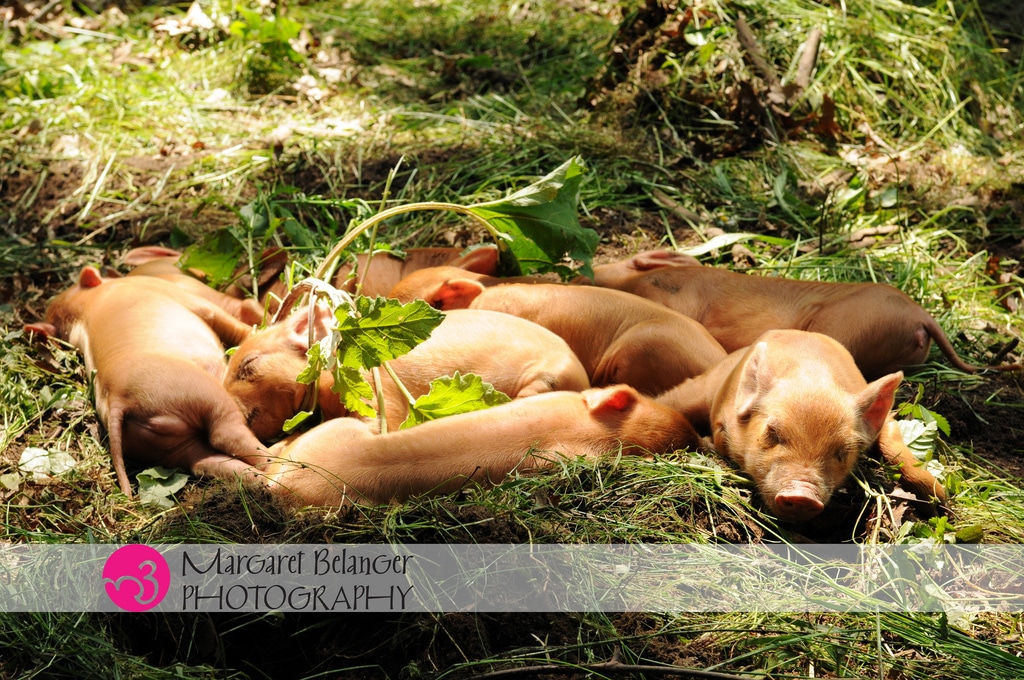 I thought the piglets I saw at Brambly Farms were itty bitty, but these were even younger. They even seemed ever-so-slightly unsteady on their feet still. Again, no cuddling (but jumping around with a 3 year old brought up the cute quotient).

When I walked over to one of the pig pens, the pigs rushed up to greet me. I’m pretty sure they were expecting food and not a camera. 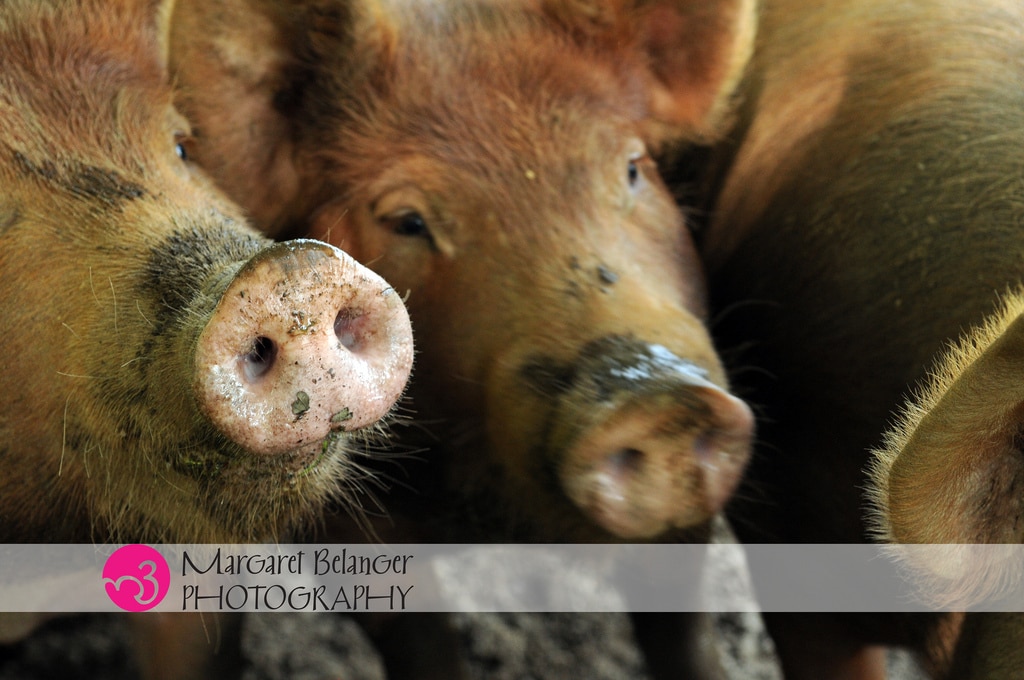 I hate to disappoint such cute faces!

Round the Bend has a farm stand on site that you can visit. You can also taste some of their pork at Coppa in the South End!

Each of these farms participated in the Boston Homegrown project with the utmost enthusiasm, which isn’t always easy in the busy season! All of the farmers were extremely helpful, friendly, and patient. Having the opportunity to meet all of these people is definitely one of the best things about this project!

I’ve been an adult for, oh, about a decade now, but I can still remember how adamant I was about some of my food opinions. I never thought my mind, or my tastes, would change. I never thought I’d like asparagus. I never thought I’d enjoy eating out. This project has truly opened my mind and every day I’m awakened to something new, something I never expected to like. It’s been a wonderful gift, one I’m not sure I would have been ready for before this point. There are plenty of negative aspects to growing up, but finding some food flexibility definitely isn’t one of them!