Boston Homegrown 2011: Have Some More Chicken

Now for some food photography! For most of 2010 and 2011 I worked on a book titled “Boston Homegrown.” I traveled around Massachusetts photographing farmers, fishermen, cheesemakers, and chefs. I got to meet wonderful people who were beyond generous with their time and knowledge. I’ve blogged about a bunch of my adventures, but still have so much more to go! In the spirit of the Year In Review, I thought I would post some Boston Homegrown photos from last winter…

First up is Coppa in the South End. Jamie Bissonnette is the chef and he is all over the place. I’ve even seen him cook in a skeleton ski mask. In the book, he’s paired with Round the Bend Farm. You can see the photos I took there in this post. 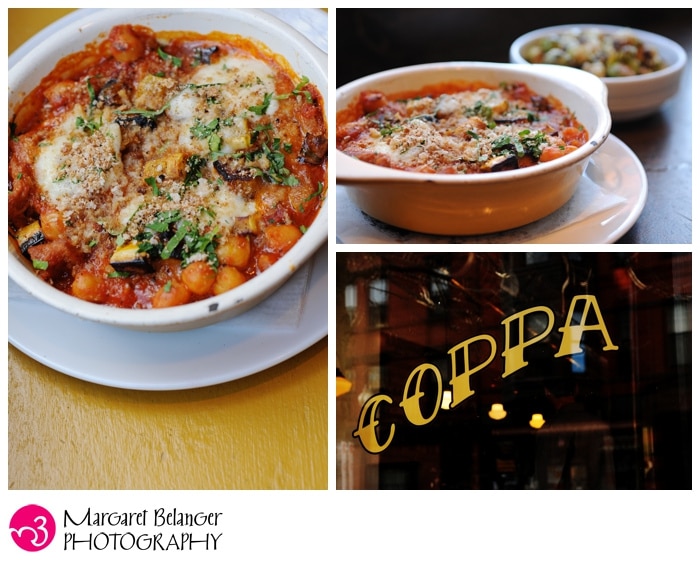 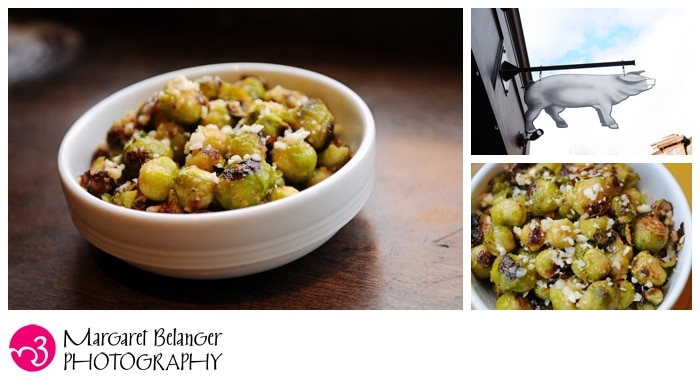 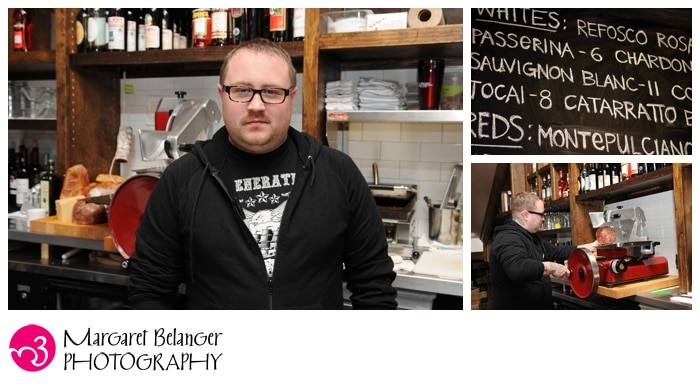 Next up is T.W. Food in Cambridge. Yum! I highly recommend their Sunday brunches! The chef is Tim Wiechmann. Since I also photographed the restaurants’ food suppliers, I got to take photos of Tim’s own personal root cellar. 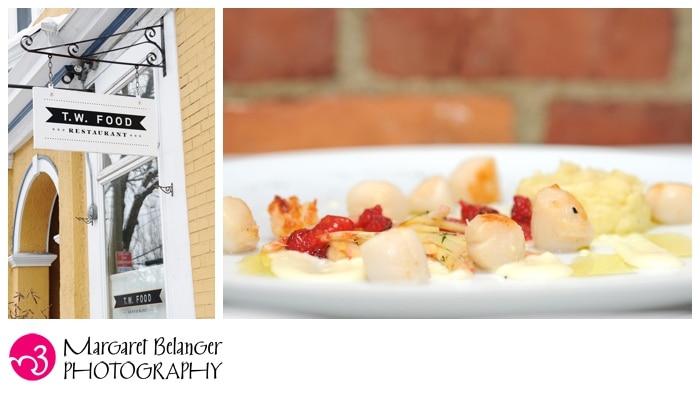 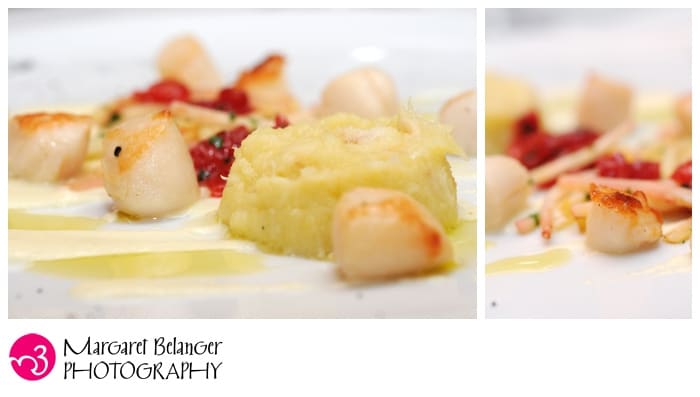 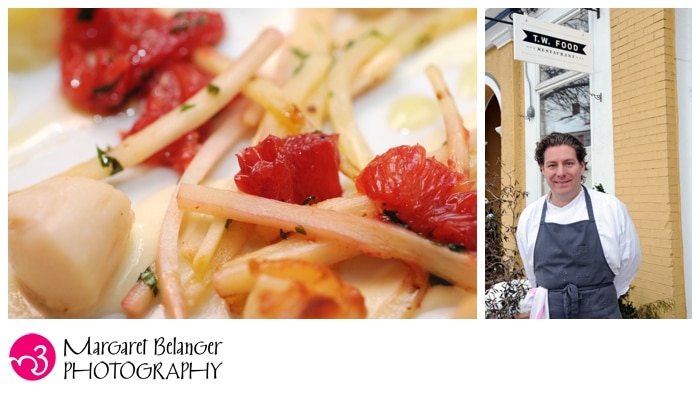 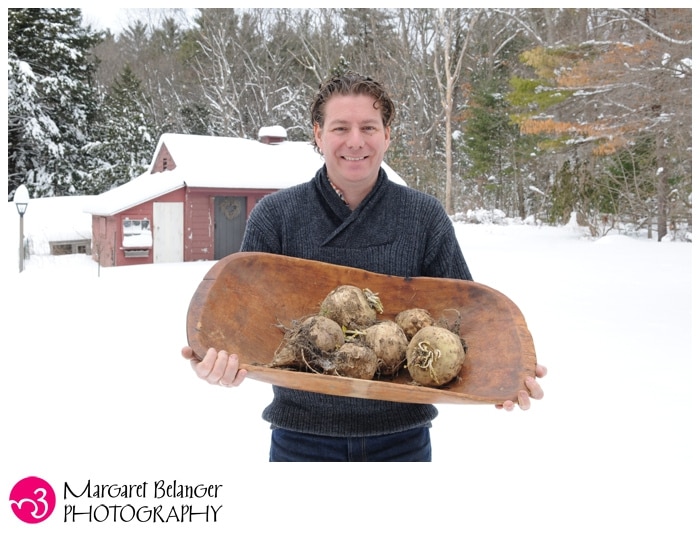 T.W. Food was paired with Drumlin Farm, which is not just a place for field trips! It is a real working farm that offers a winter CSA and they have a pretty big root cellar! 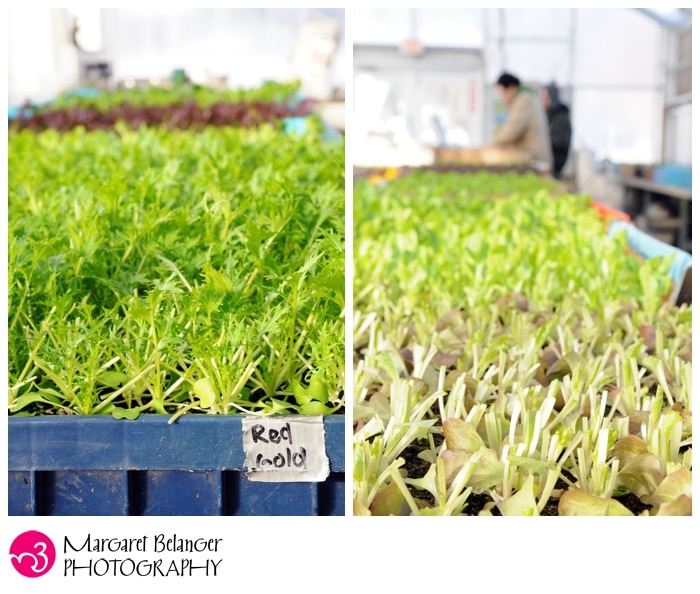 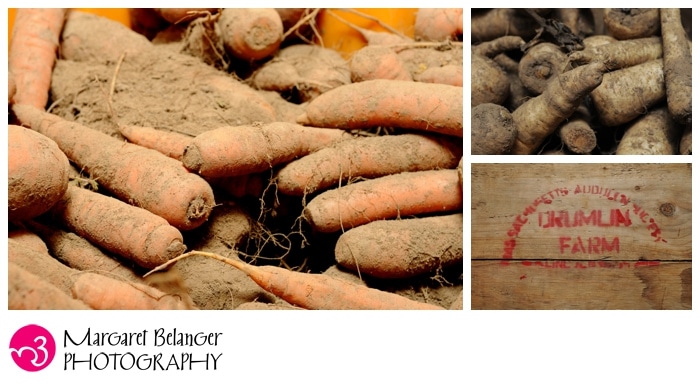 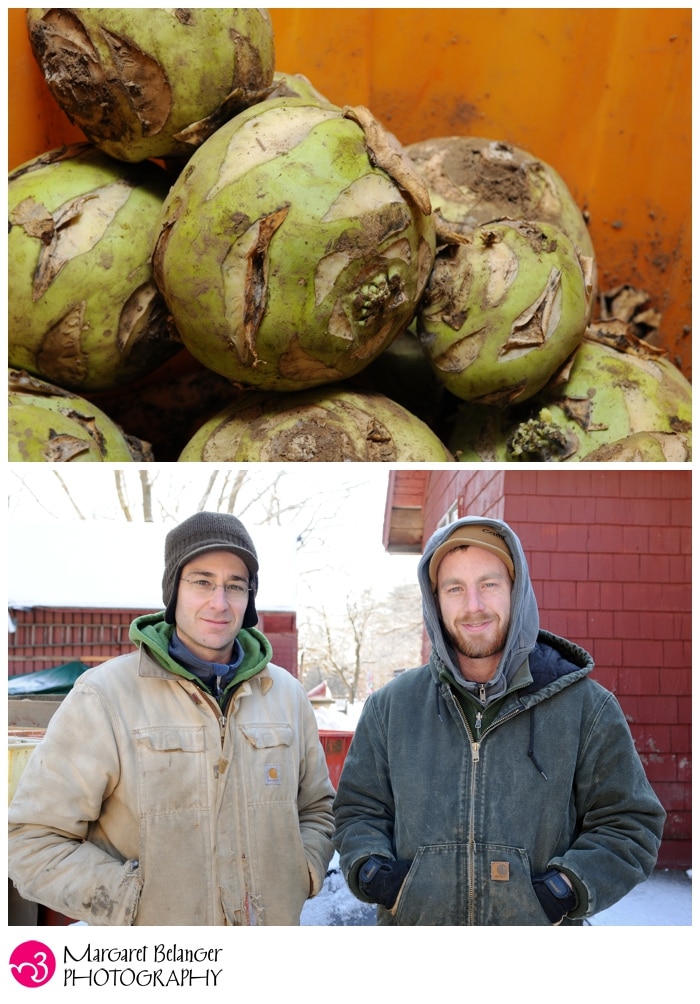 606 Congress still stands out as one of my most adventurous sessions for this project. The chef, Rich Garcia, prepared two dishes for me to photograph – one was lobster deviled eggs topped with caviar and the other was beef heart. Yikes! And I devoured both of them. Go figure! I blogged about it here. 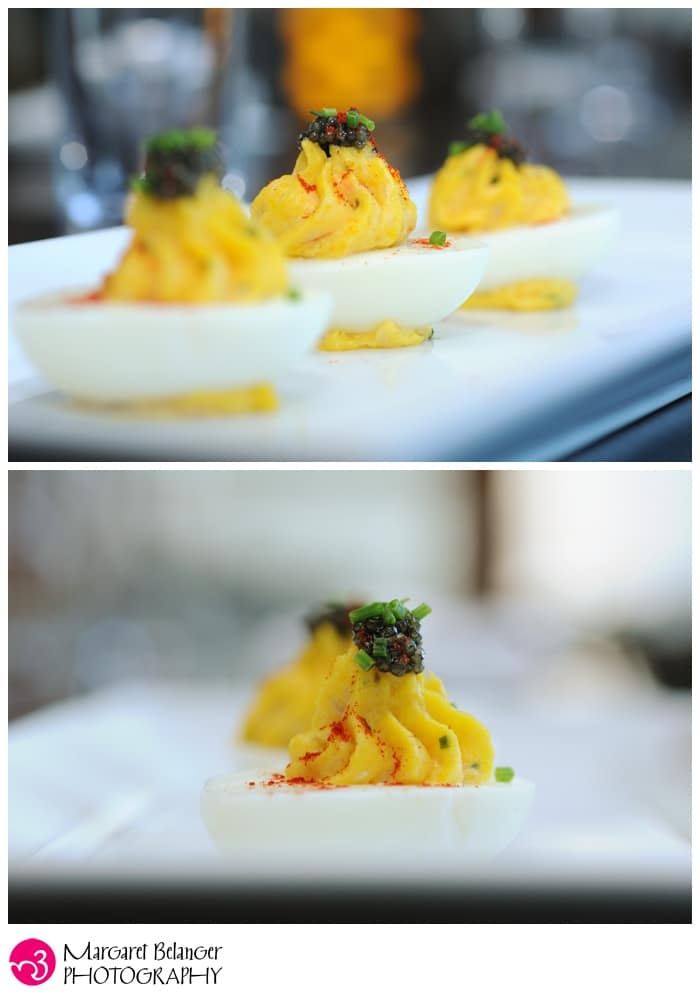 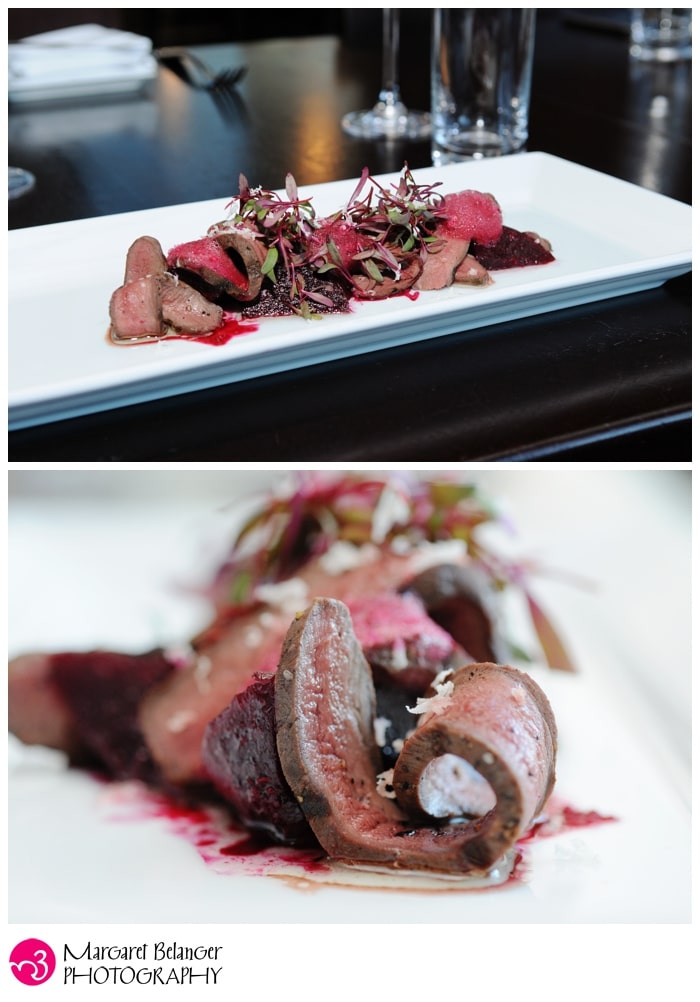 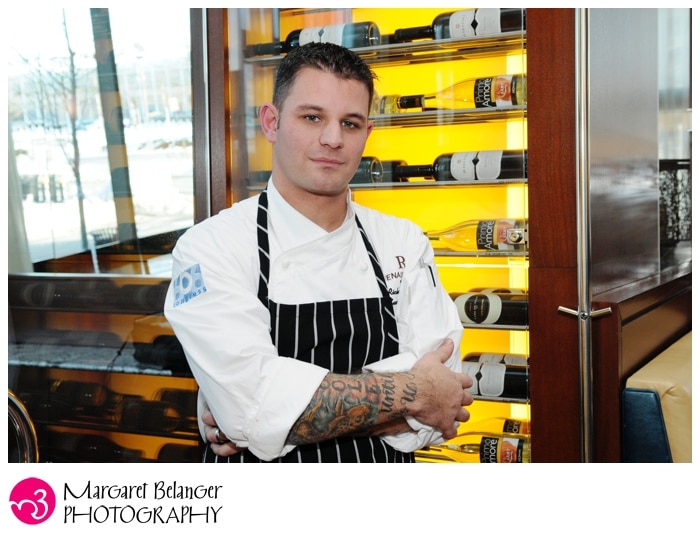 606 Congress is paired with Blackbird Farm in the book. My trip to Blackbird is the only farm trip that left me with a war wound. During this entire project, I thought for sure I was going to fall in the ocean or get electrocuted by an electric farm fence, but nope. I escaped mostly unscathed. What finally got me was the barb wire (and my clumsiness). I now have a gorgeous scar around my arm from where I scraped along the side of it! Lucky for me I think it adds character. Sure, I can’t be a supermodel anymore, but that’s okay. I blogged about Ann Marie Bouthillette and her farm here.

The following photos are from my day with Chef Nuno Alves who works at Tavolo. So many things about this day stand out, not the least of which is because I was at his house and not at his restaurant! Since his Portuguese background, and his parents, are such huge influences on his cooking style, he wanted both of them to play a part in what he prepared for me. 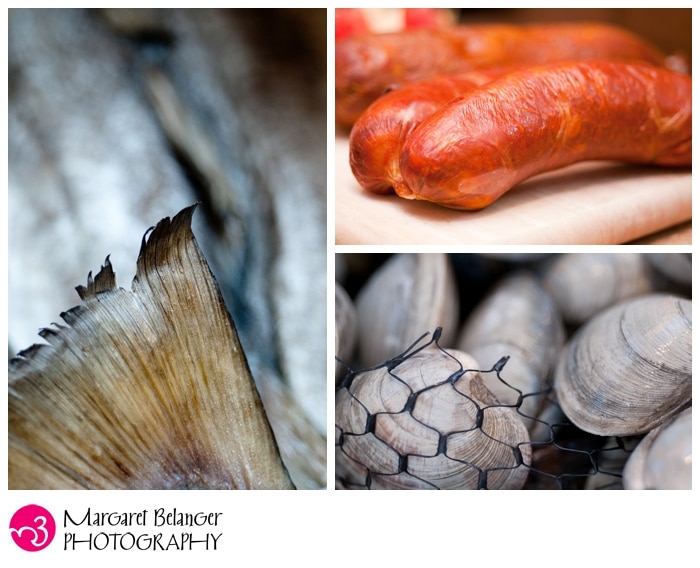 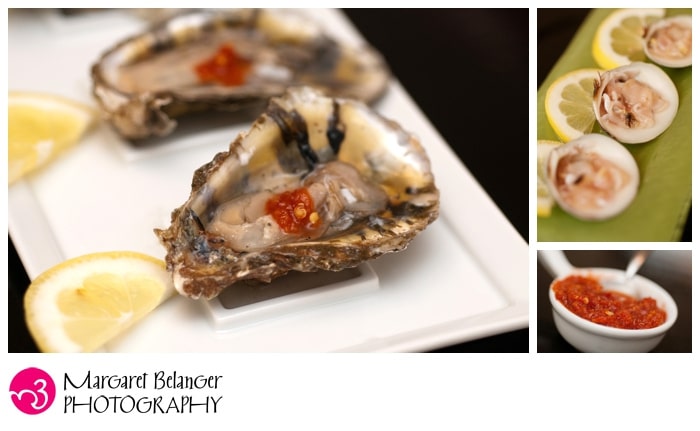 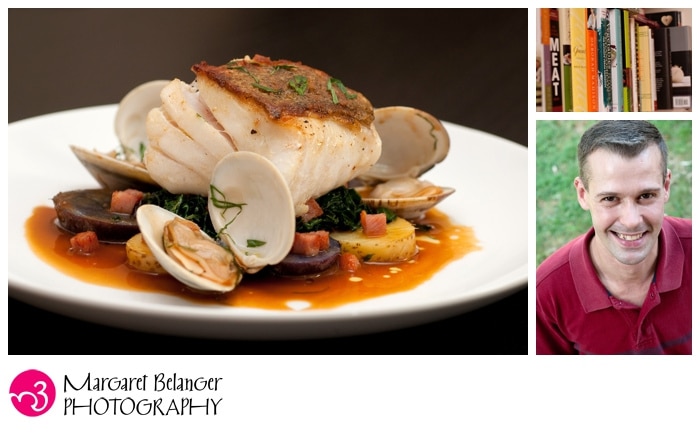 I blogged some other photos from the day here. Tavolo is paired with Seafood Specialties, which is run by Chris Edelman. Chris also runs Wulf’s Fish Market in Brookline, which is where I met up with him for our session. Stepping into that store is like stepping into another era, which is entirely the point. 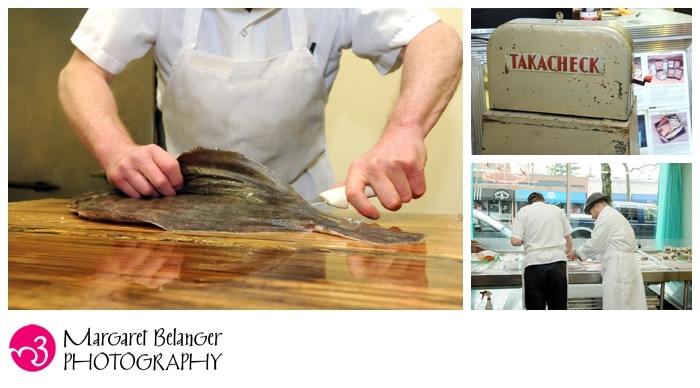 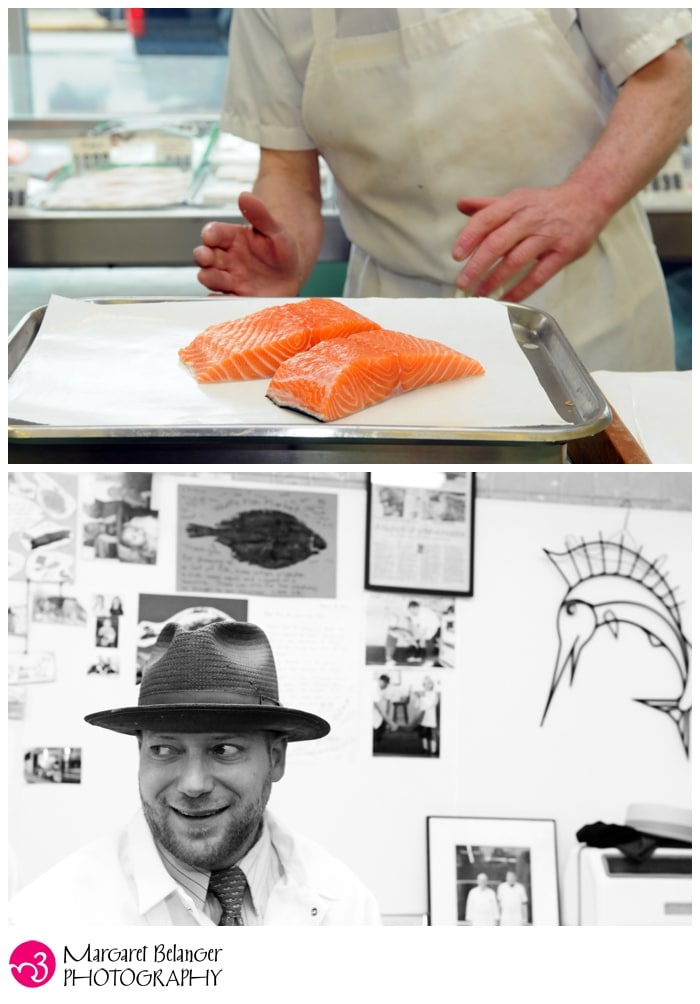 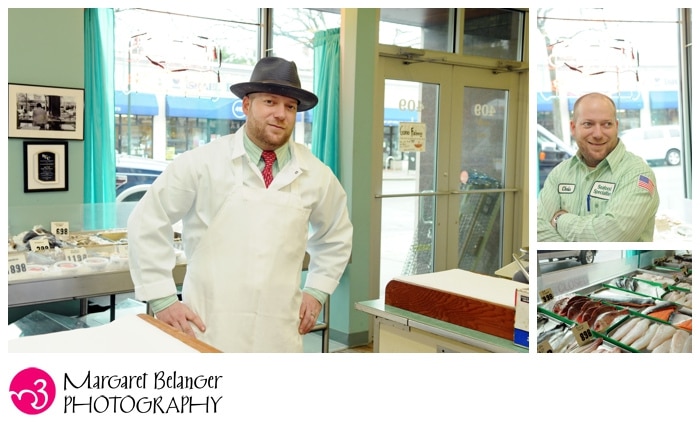 I first met Chef Jason Bond when he was at The Beacon Hill Bistro, but since then, he’s opened his own restaurant in Cambridge. Bondir continues to receive rave reviews. 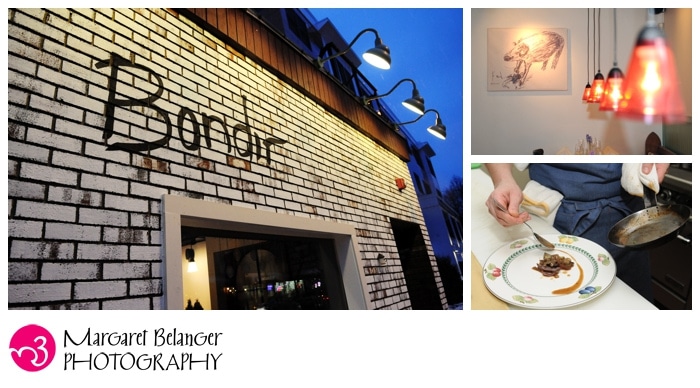 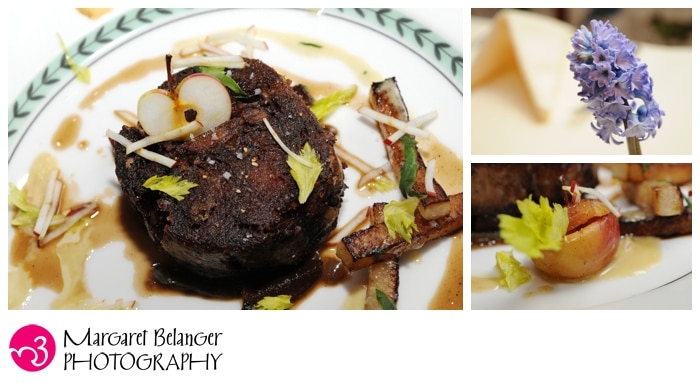 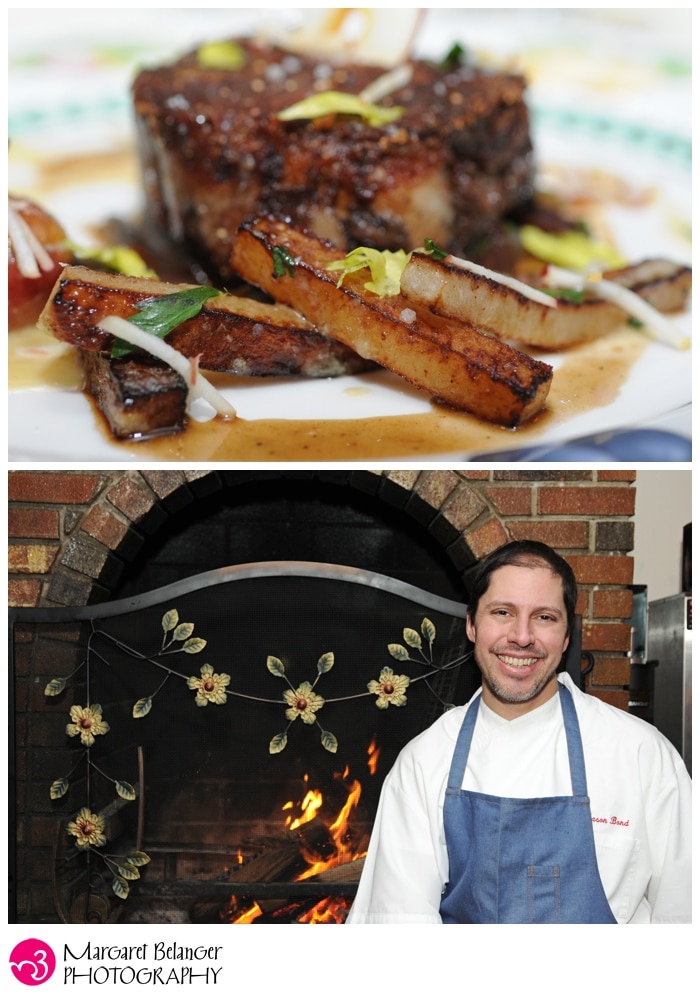 Bondir is paired with Pete and Jen’s Backyard Birds. I’ve really enjoyed getting to know Pete and Jen and the work they do! I loved buying my chickens from them this year and can’t wait until it’s time to do it again!

Tastings might win for being the restaurant farthest away from Boston, but it’s still worth the drive to Foxboro! When I photographed there, Matthew Maue was the chef, but since then, he has left and Chef Ben Lacy has taken over. The philosophy has remained the same, though, and the restaurant is still committed to working with Brambly Farms, who I profiled here. 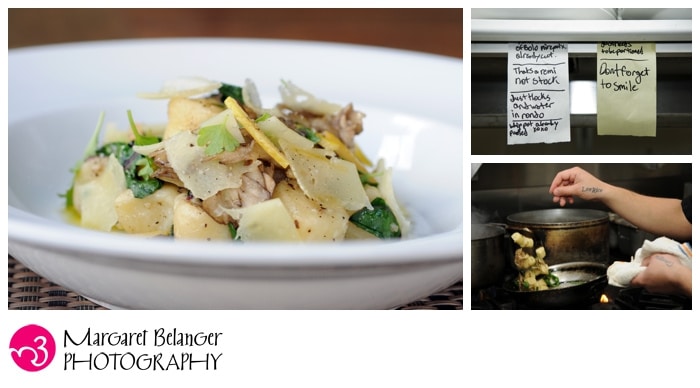 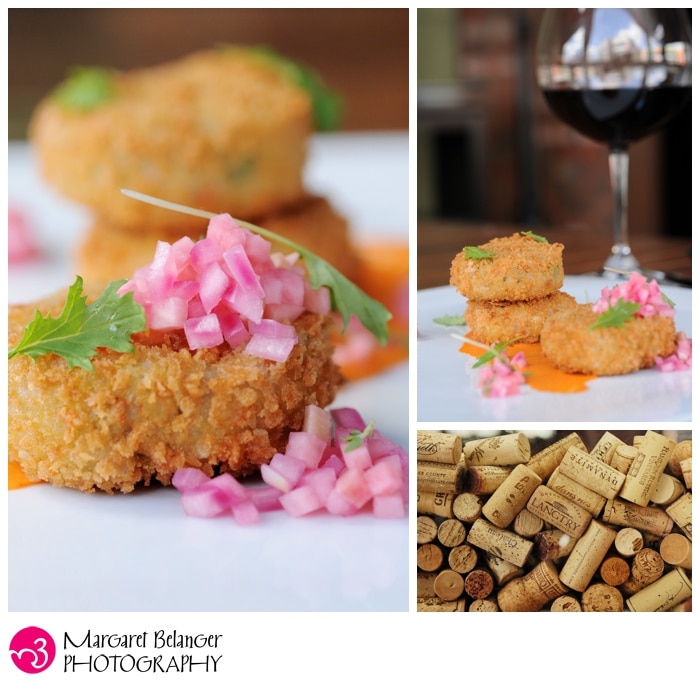 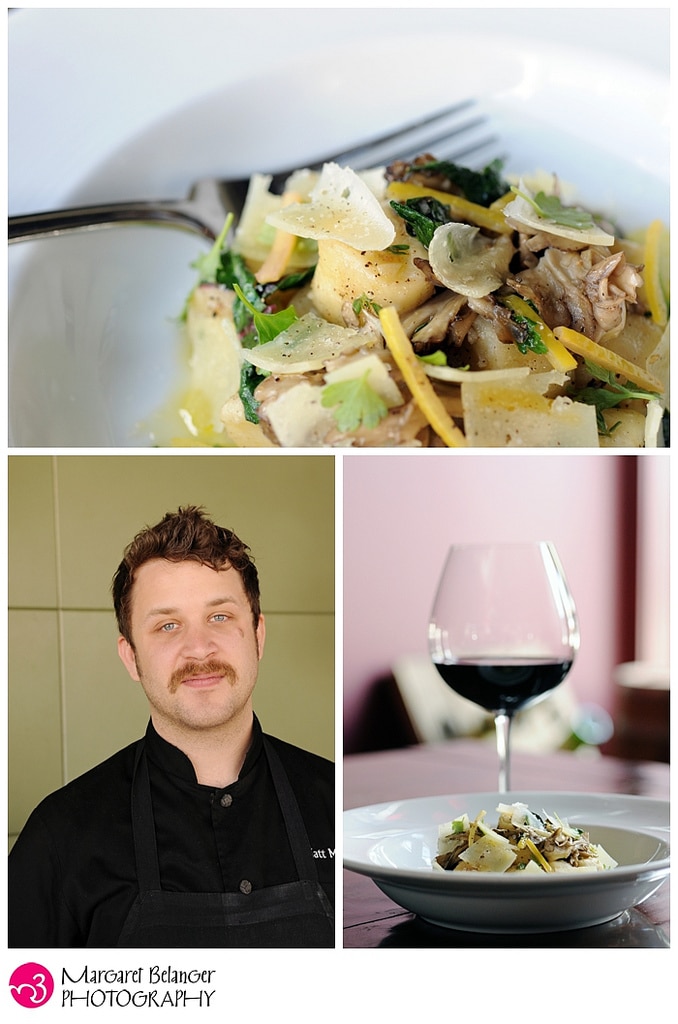 The Gallows is one of the newer restaurants in Boston’s South End. The chef there is Seth Morrison. He prepared some nice hearty winter food for me to photograph! I also loved the decor in there! 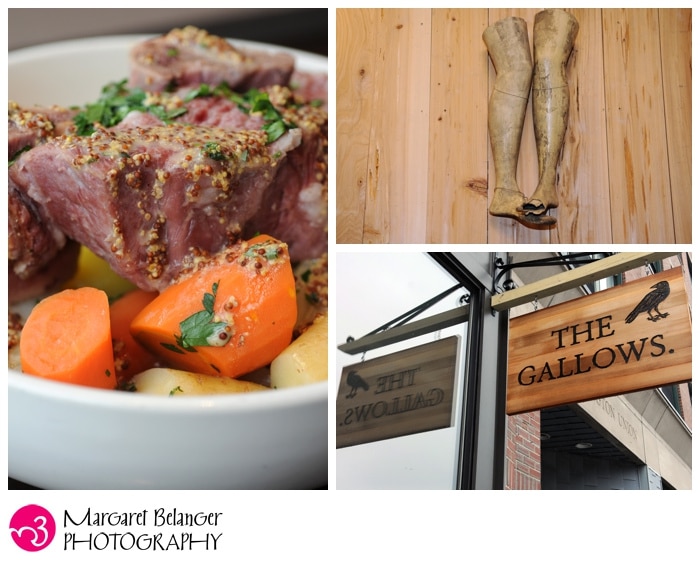 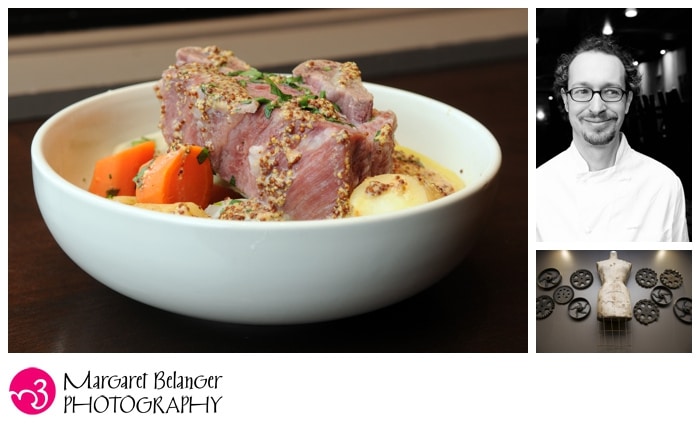 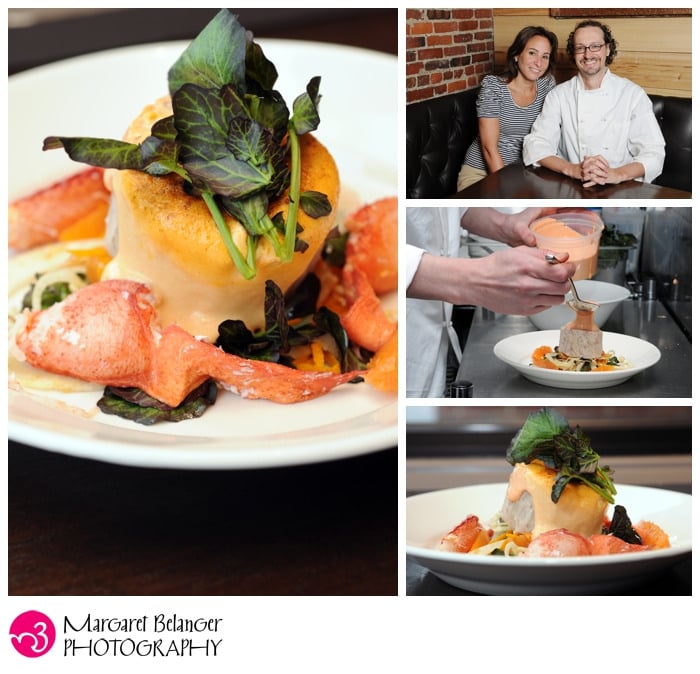 The Gallows is paired with Snappy Lobster in the book. They are the guys responsible for sending me home with live scallops and whelks, thus providing me with my #1 most adventurous day on this project. And that doesn’t even count the fact that we were out on a boat in freezing weather! 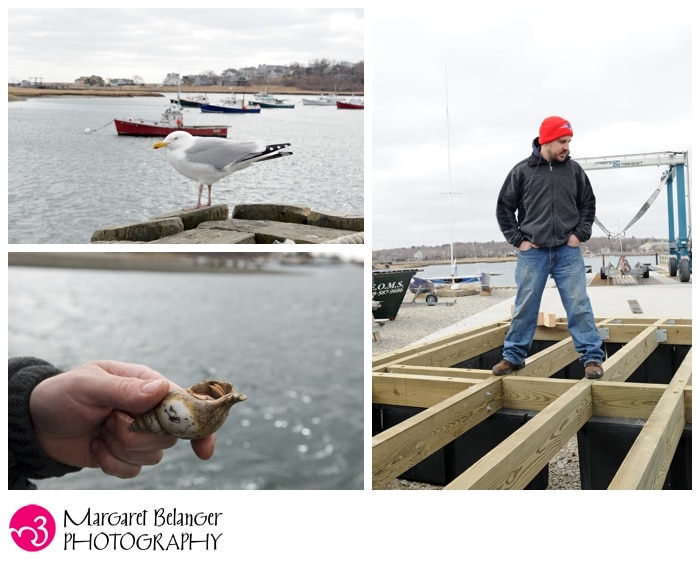 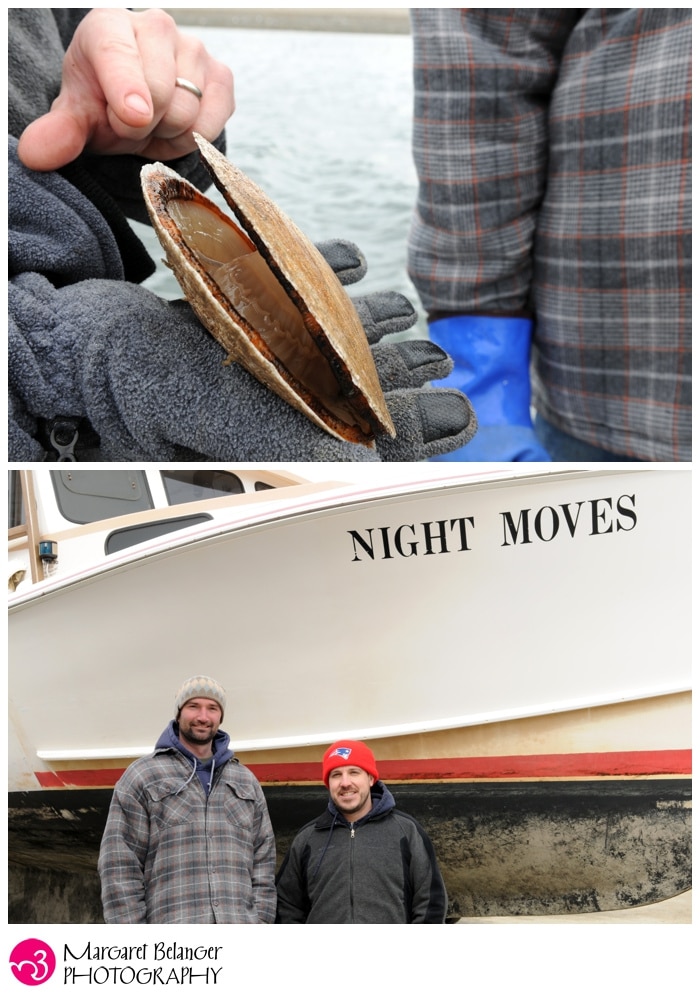 All in all, every day I worked on this project was a new adventure. I loved photographing the amazing dishes that each chef prepared and I loved narrowly cheating death (or just minor electrocution or injury) every time I visited the farmers and fishermen! I’ll try to continue to blog more from this project as we lead up to its publication, which will hopefully be this spring. The photos featured in the book are just a fraction of what I shot, so it’s fun to complete the story here! If you consider yourself a foodie, or if you’re just looking to check out some new (to you) restaurants, a lot of the places I photographed are featured in the Best of Boston lists!