Masha and Peter live “down south” in DC where they don’t have to battle too much snow over the winter. I bet when they planned their wedding for February 15, 2015, they didn’t expect it to fall right in the middle of Boston’s snowiest winter in recorded history! Masha and I had spoken a bunch over the phone in the days leading up to the wedding in an attempt to track the weather and strategize. As the big day approached, and the weather got worse, their already small wedding was getting smaller. And then, at the last minute, Masha and Peter decided to change the date in an attempt to squeeze it in before the snow got too heavy. So, their wedding became a Valentine’s Day wedding. There’s always something romantic and intimate about a small group of people gathered together to celebrate love, with the added challenge of weather! As the snow swirled outside, Masha and Pete signed the Ketubah and exchanged vows in Peter’s mother’s living room as friends and family held up the chuppah and cheered them on. Luckily, Masha and Peter were happy to brave the outdoors for a few snowy photos before they rejoined their guests! It really was a wonderful way to spend a Valentine’s Day! 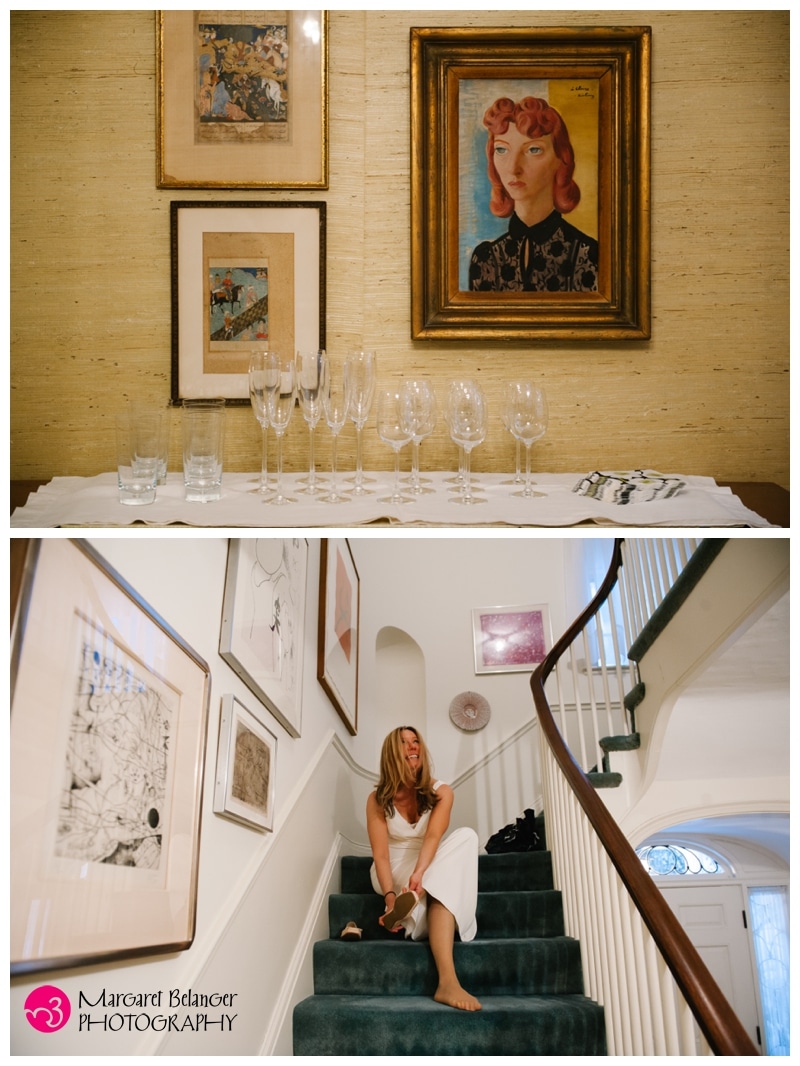 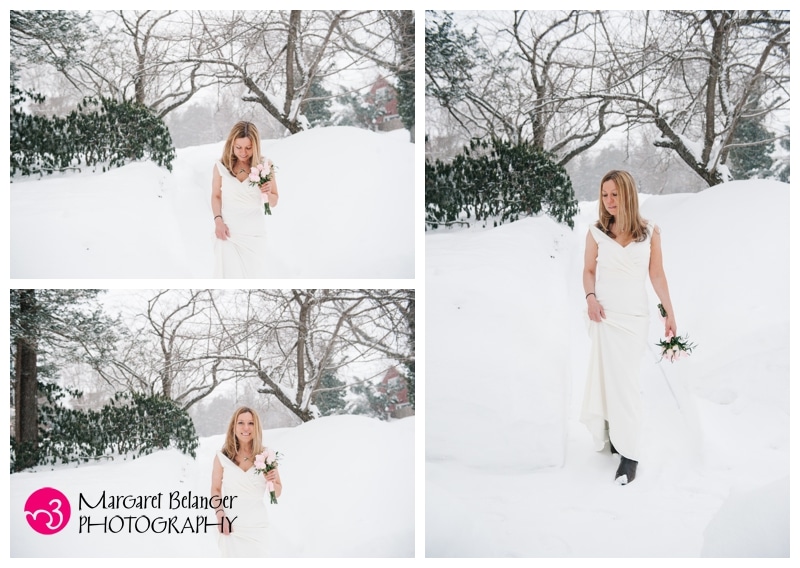 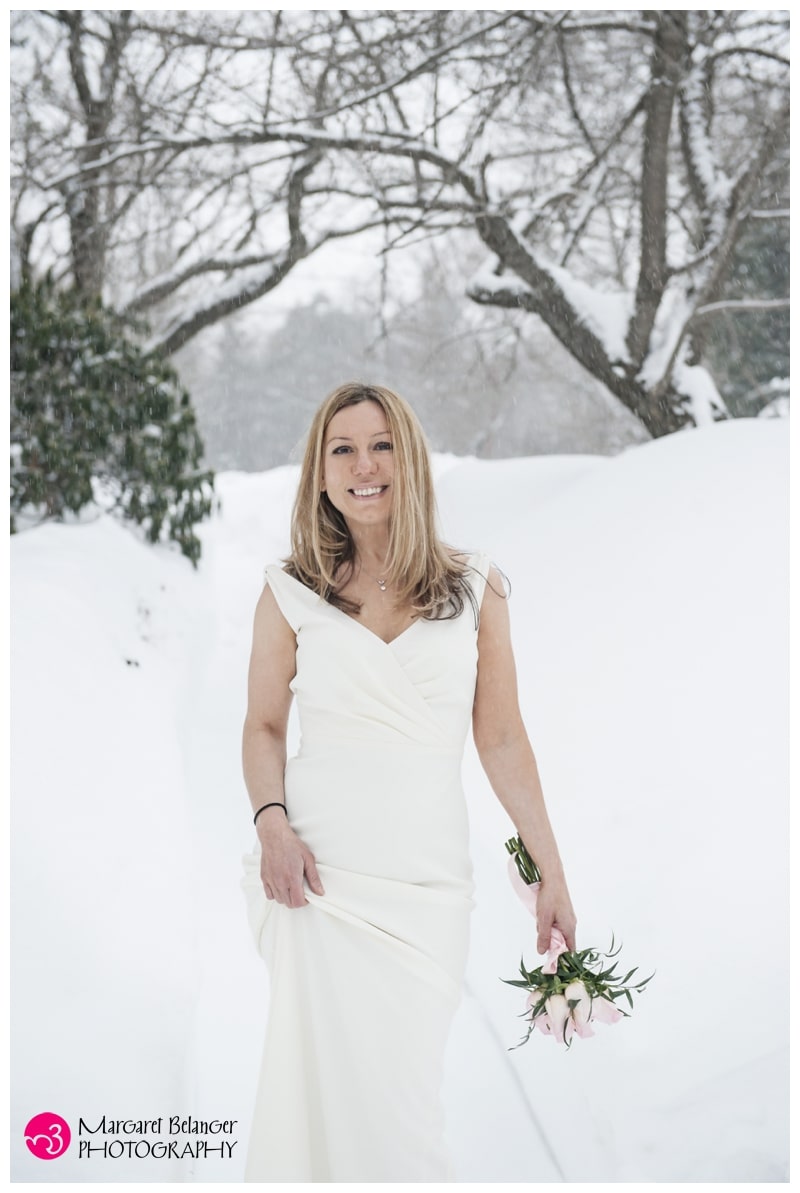 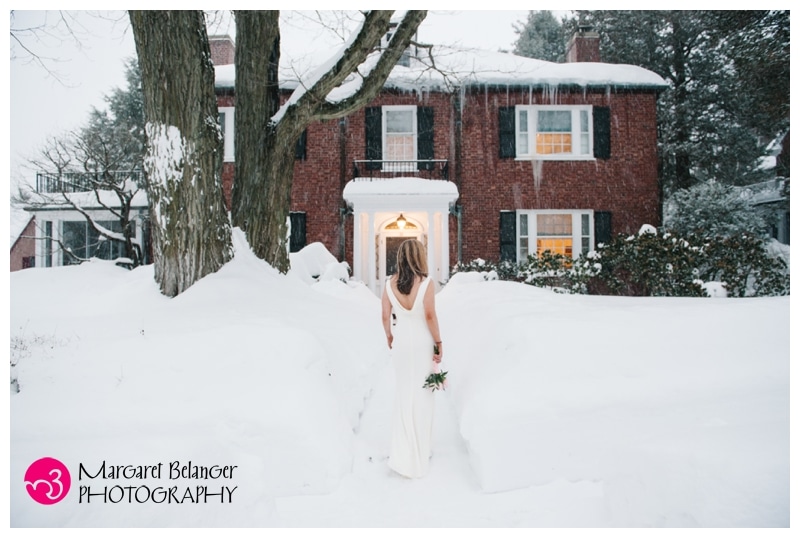 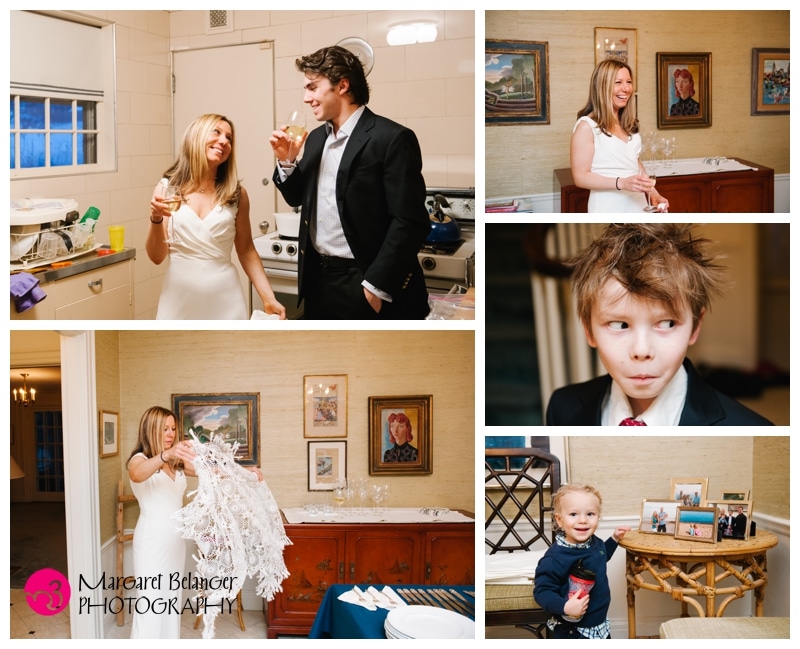 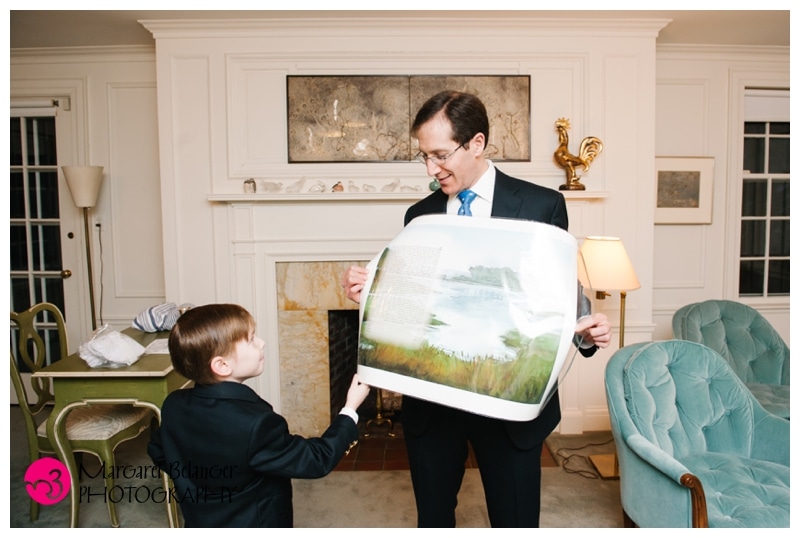 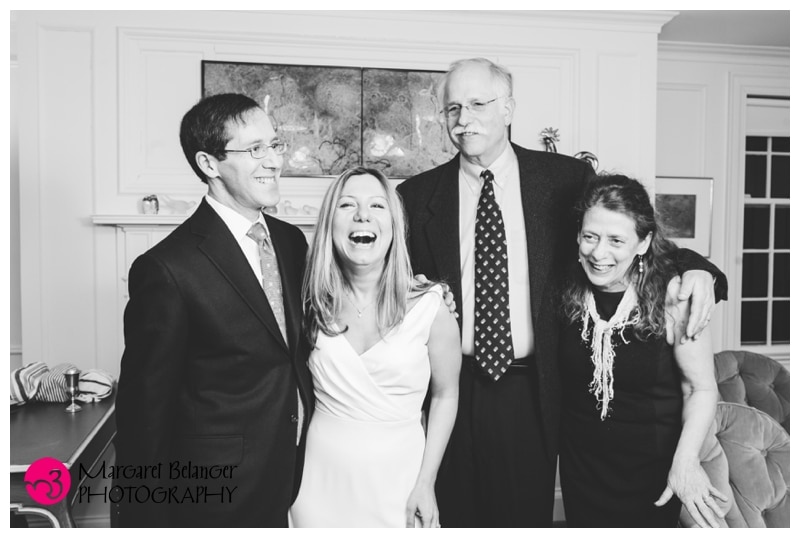 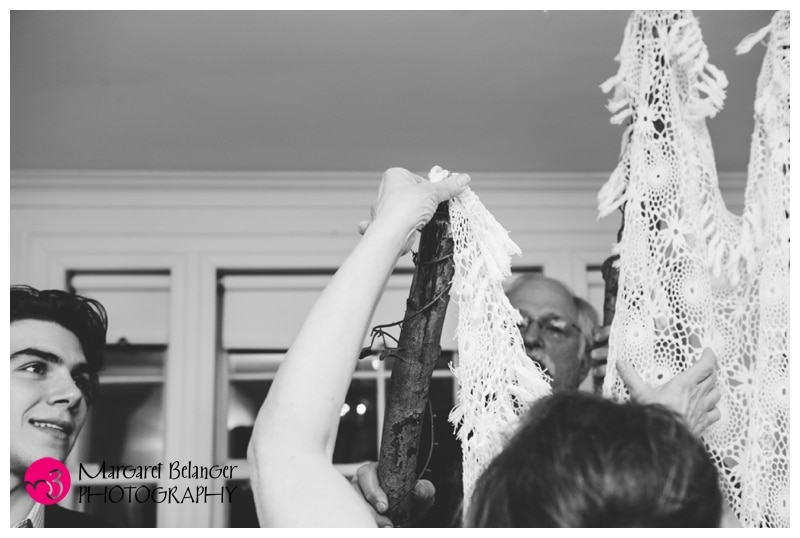 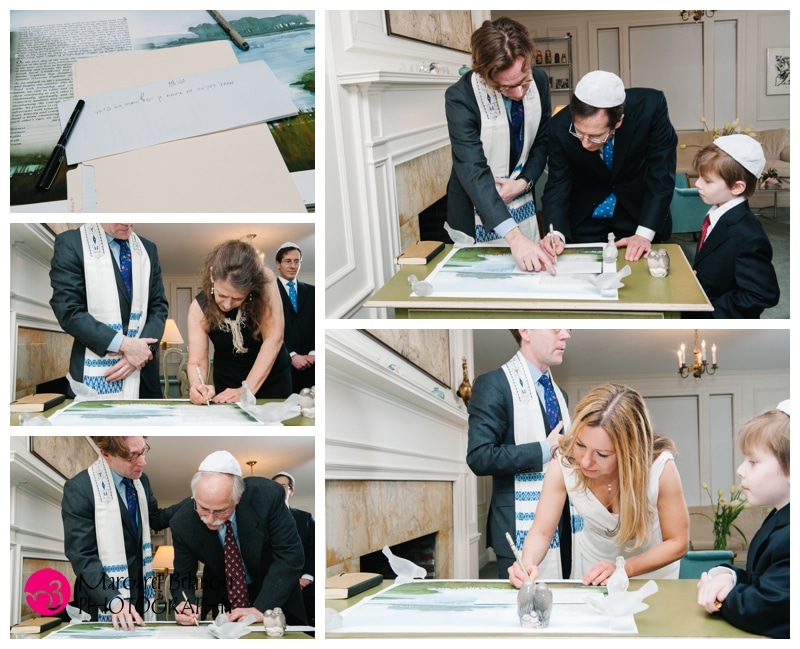 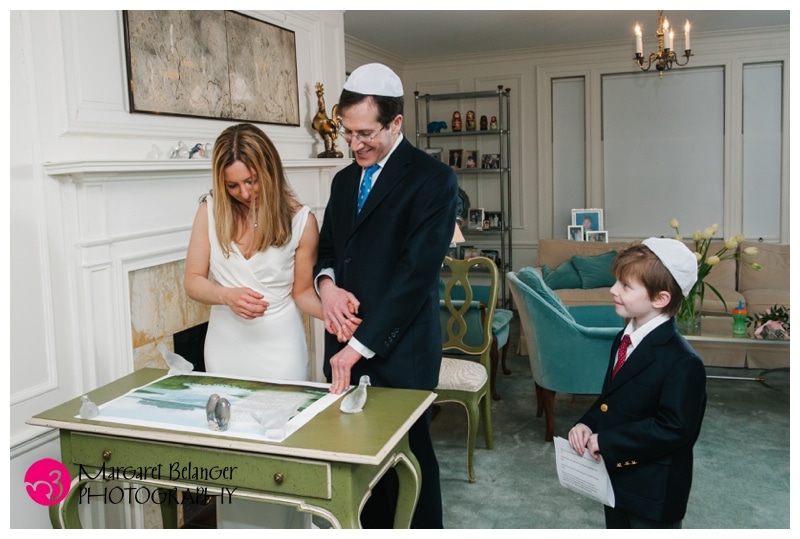 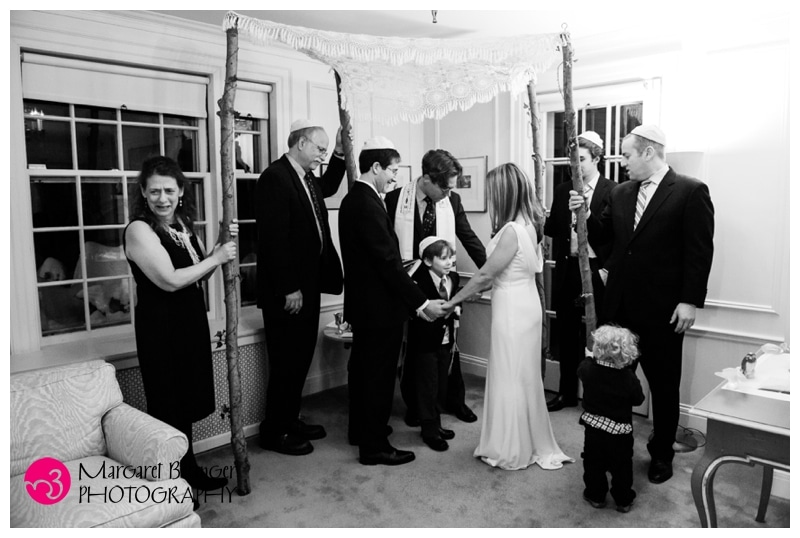 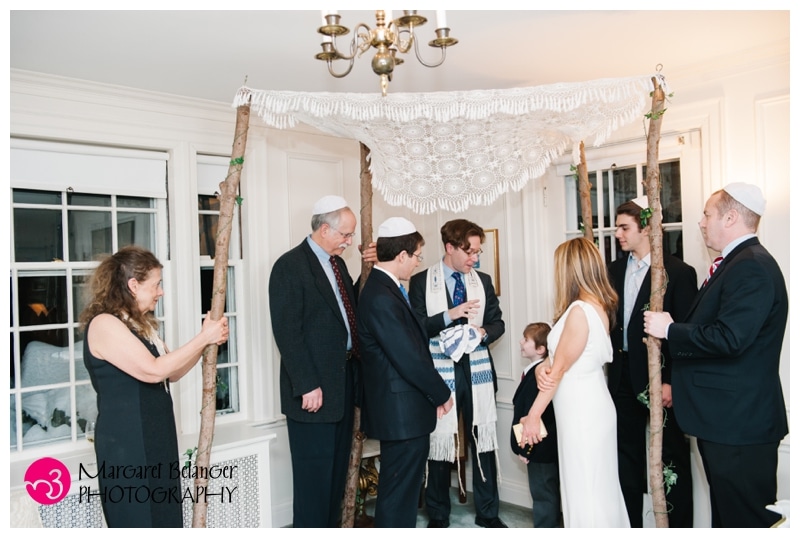 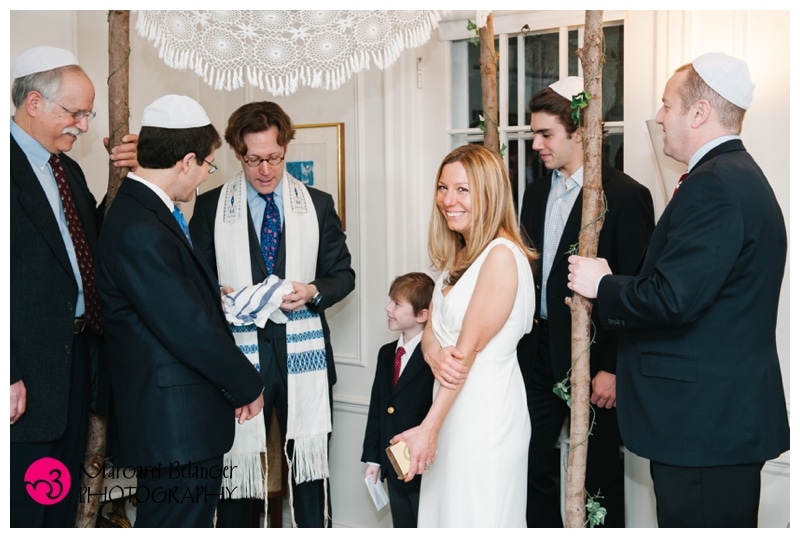 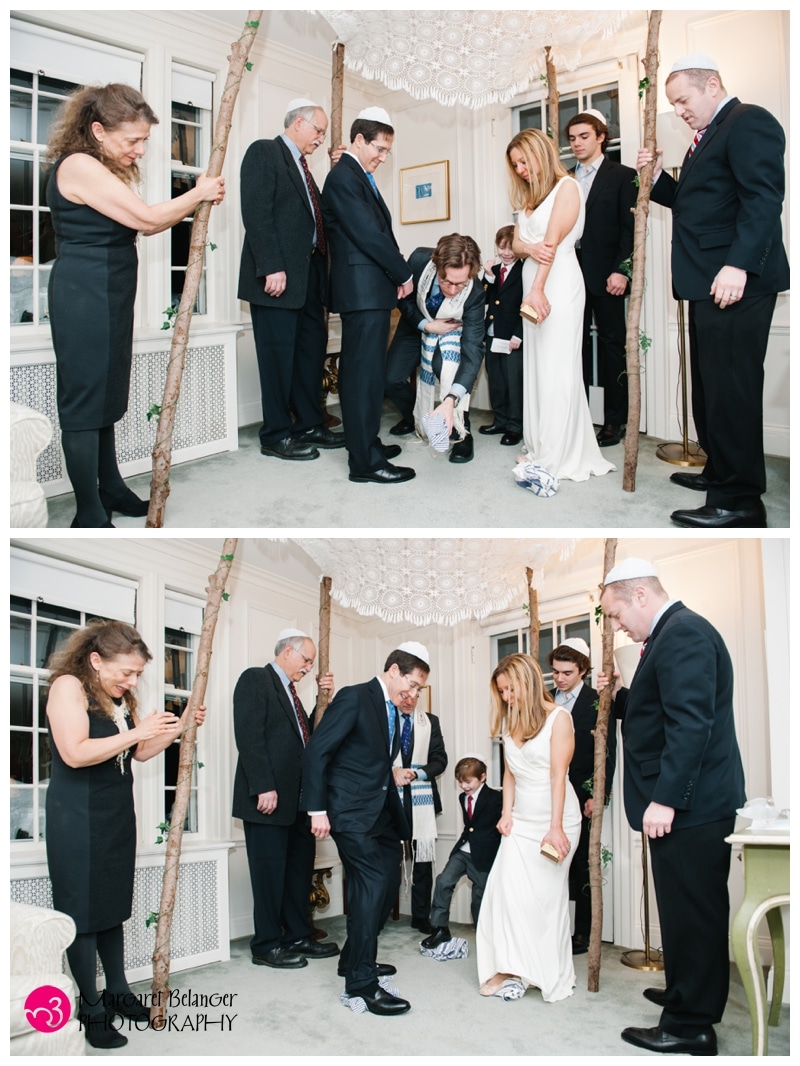 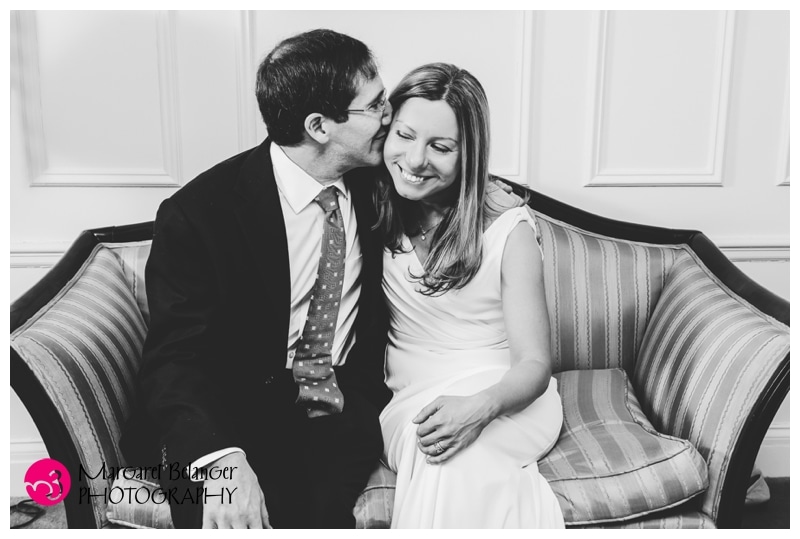 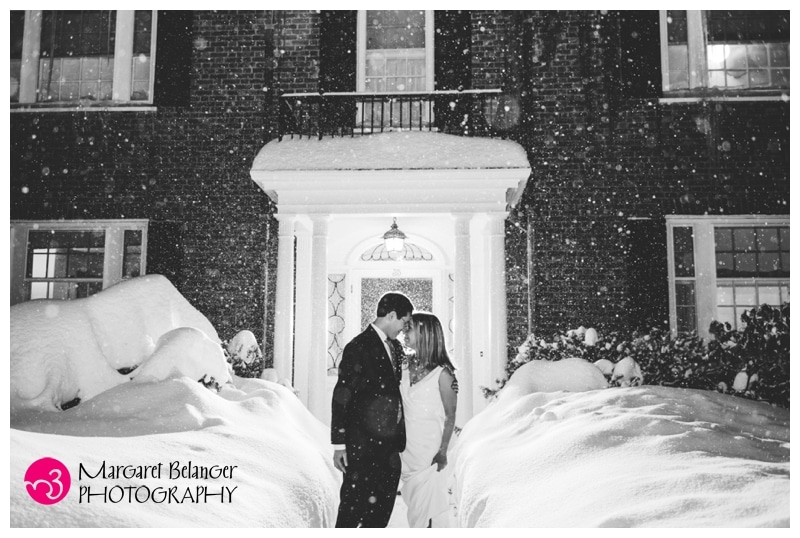 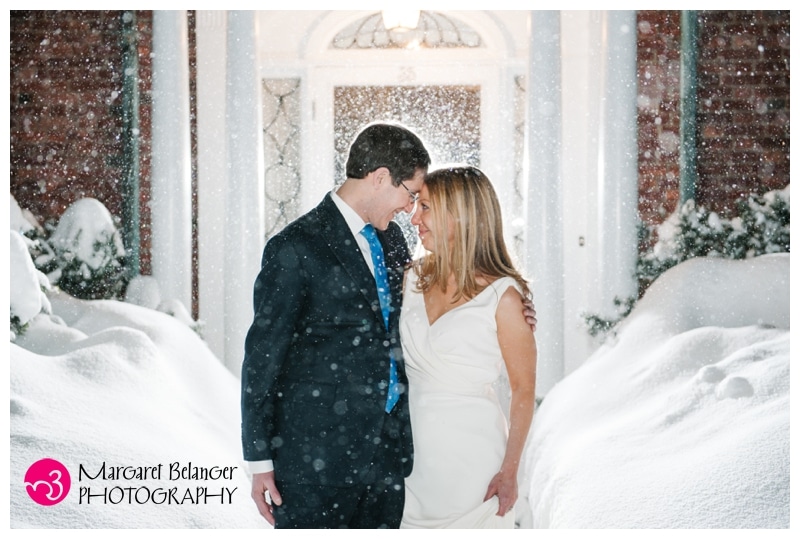 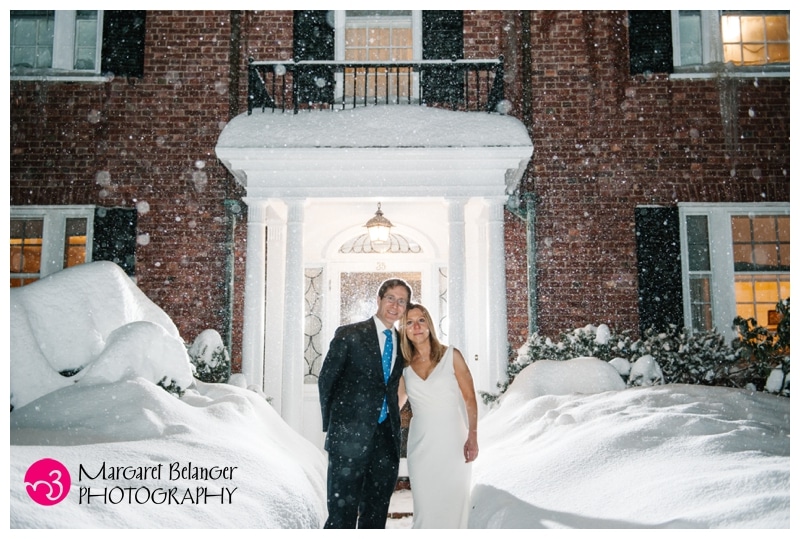