Hiring a Second Shooter And Why It's a Good Idea

When you’re planning your wedding, finding a photographer can be totally overwhelming. Albums, files, print credits, coverage hours – the possibilities are endless. Today I want to talk about another very important option – the second shooter. Before anyone gets up in arms, let me assure you, there are plenty of photographers out there who can nail a wedding all on their own, and some who prefer to do it that way. Me? I’m all about the second shooter.

One benefit of hiring a photographer who uses a second is that they can split up during prep time. That might mean capturing the “getting dressed” moments, but it also might mean grabbing some portraits ahead of time. Then when you sit down to look at your photos together, after the wedding is over, after the guests have long gone home and the cake is eaten, you’ll get a glimpse into what was going on with your Person before you said “I do.” 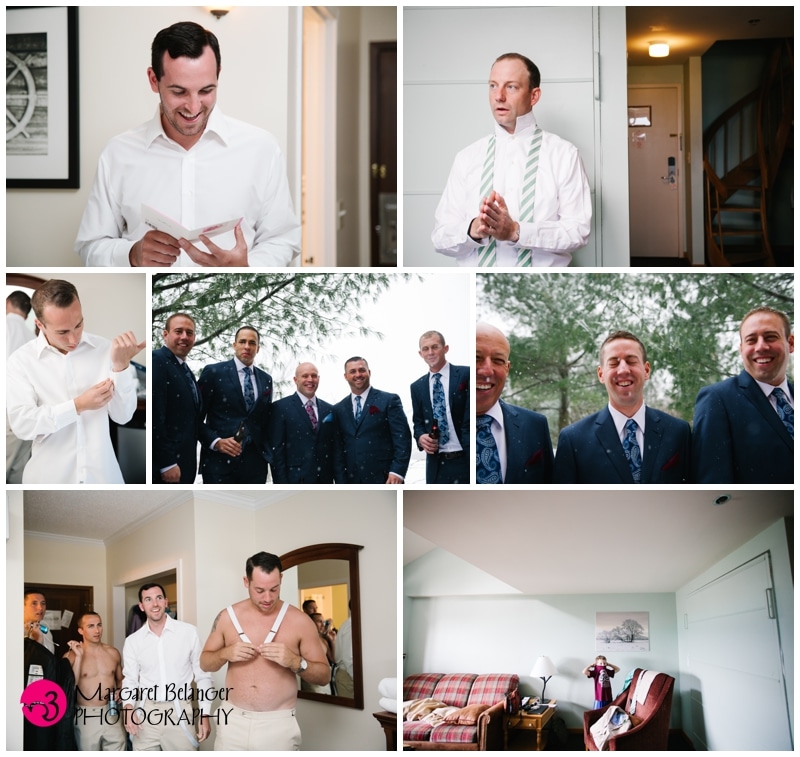 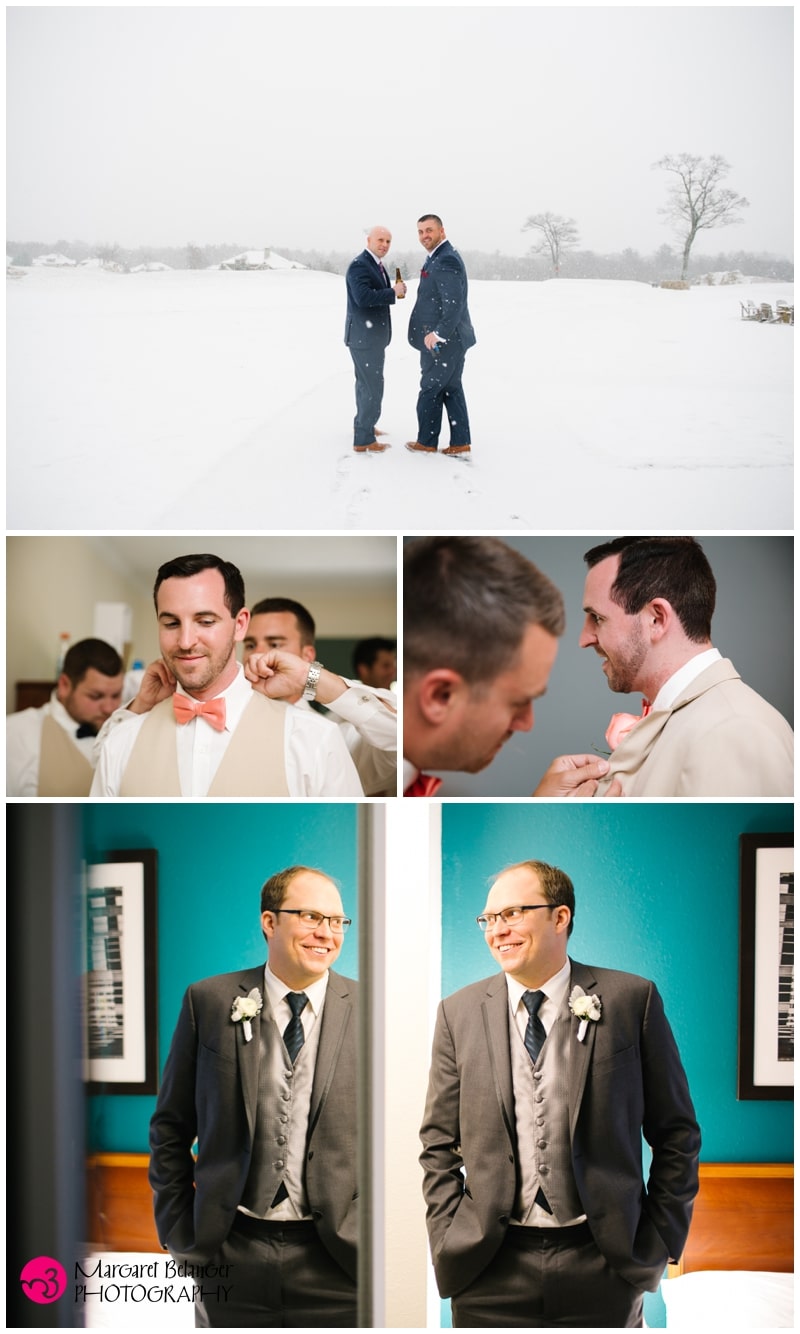 These days, about half my couples opt for a First Look. For the uninitiated, a “First Look” is when the couple opts to see each other before the ceremony. The location of the First Look is often the product of a location scout by your photographer and their second shooter. There are logistics to organize since the couple can’t see each other until the very last second. In order to preserve the sanctity of the “ah ha” moment – the moment where this couple first lays eyes on each other – there has to be communication between the two photographers so that the timing works out. Having that second photographer, that second organizer, helps bring that vision to fruition (often with a flurry of texts – “She’s in the dress!” “He’s in position!” “We’re on our way!”). When a couple opts to do a First Look, one photographer usually sets it up and grabs portraits from the front, while the other photographer follows and shoots from a different angle. The second photographer is also free to photograph other action – the reactions of the wedding party and the families can be just as emotional and wonderful as the reactions of the couple. 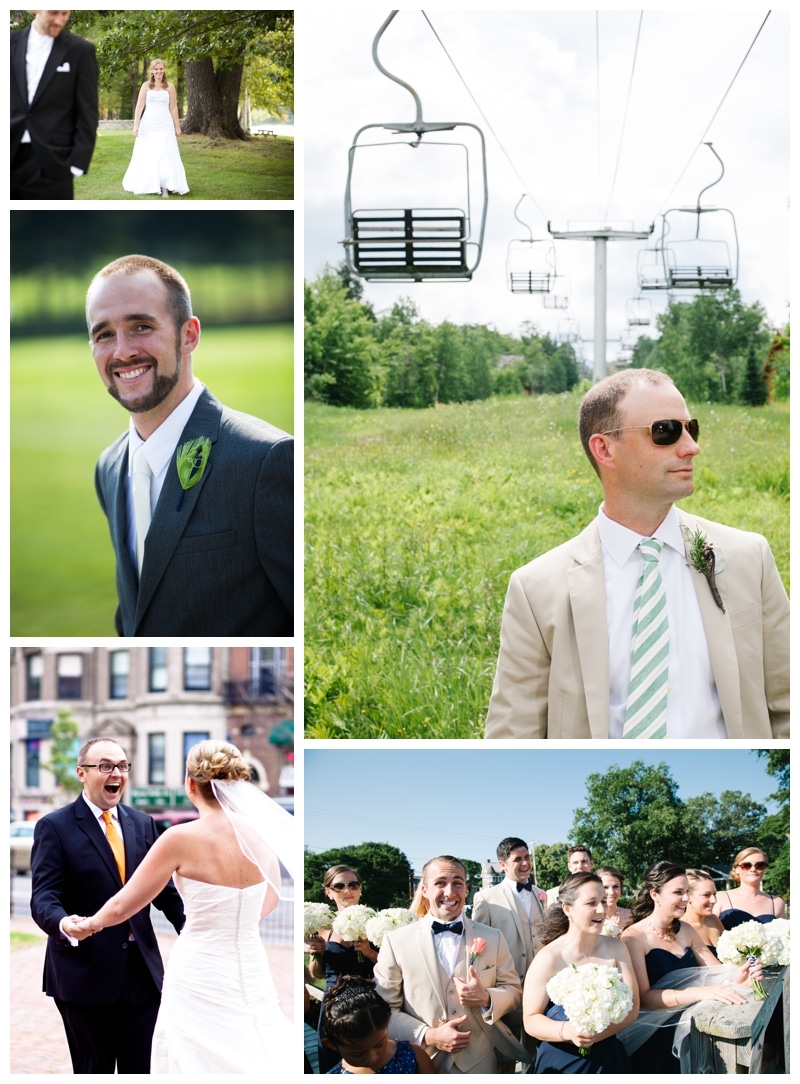 In the following photo, I was down by the couple for the First Look, but my second hung back and was able to get this awesome shot of the bride’s sisters watching everything from the dock. 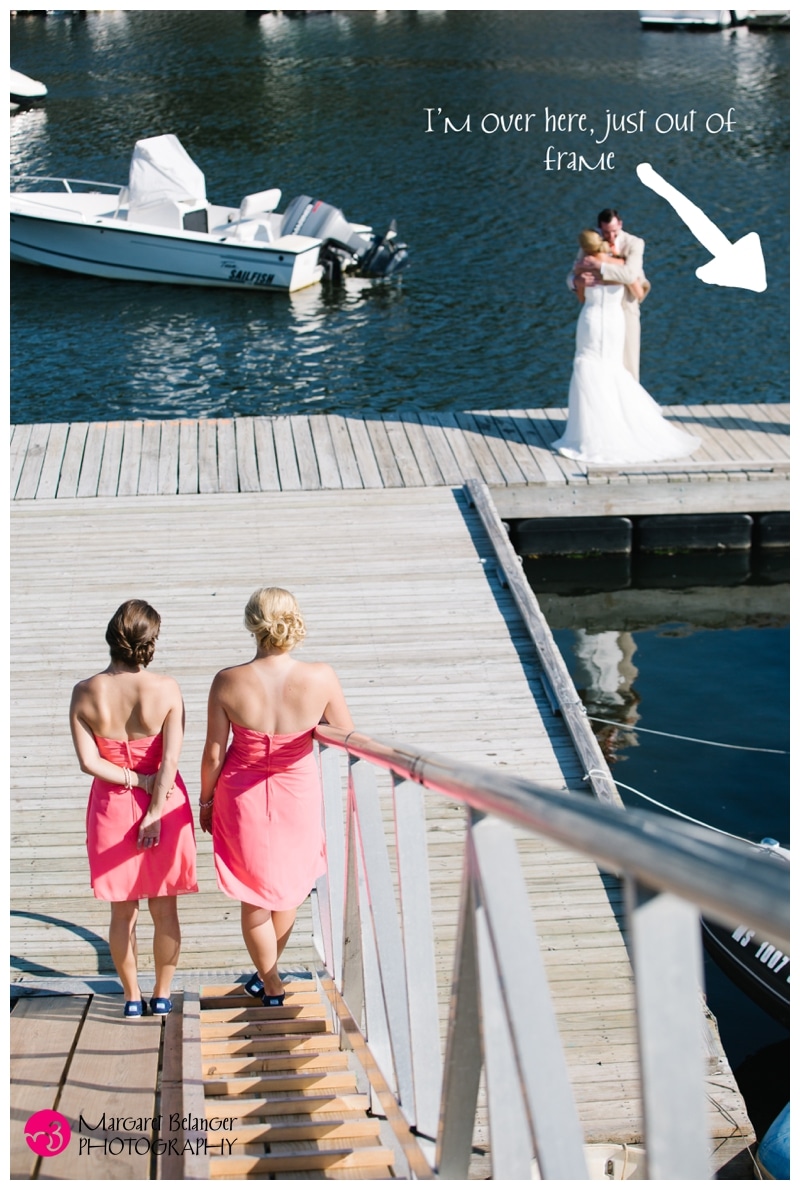 Your wedding day is really all about the ceremony – the moment you become officially married. During the ceremony, your photographers work to get the shots they need (and you want) without interfering with the service. When there are two of them, your photographer essentially can be in two places at the same time. One photographer focuses on the reaction at the end of the aisle and the other can focus on what’s happening at the head of the aisle. One can position themselves in the center aisle, and the other can be in the balcony, or off to the side. In the end, you get maximum coverage of your ceremony, with minimal running around. 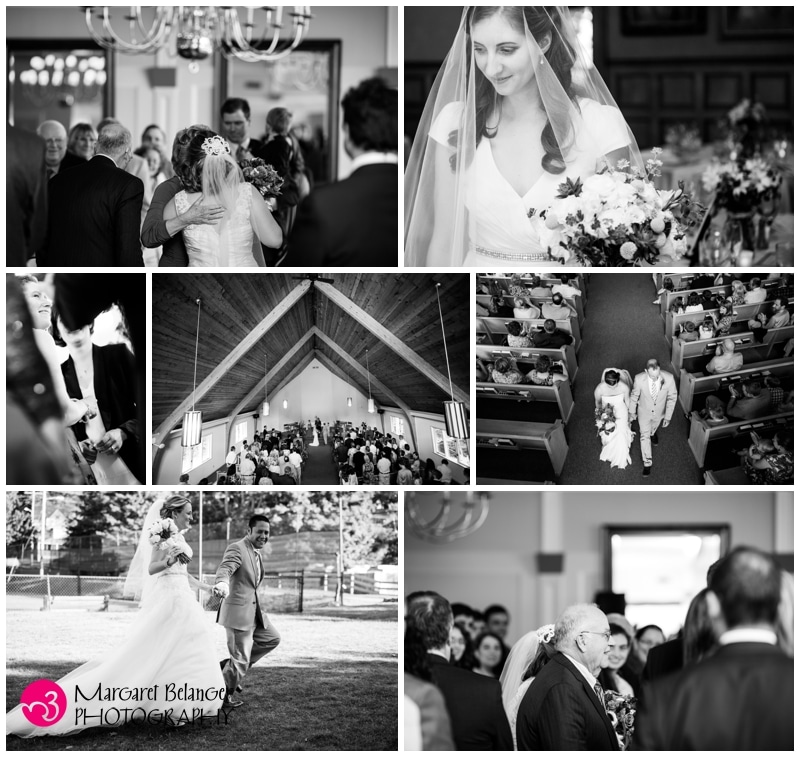 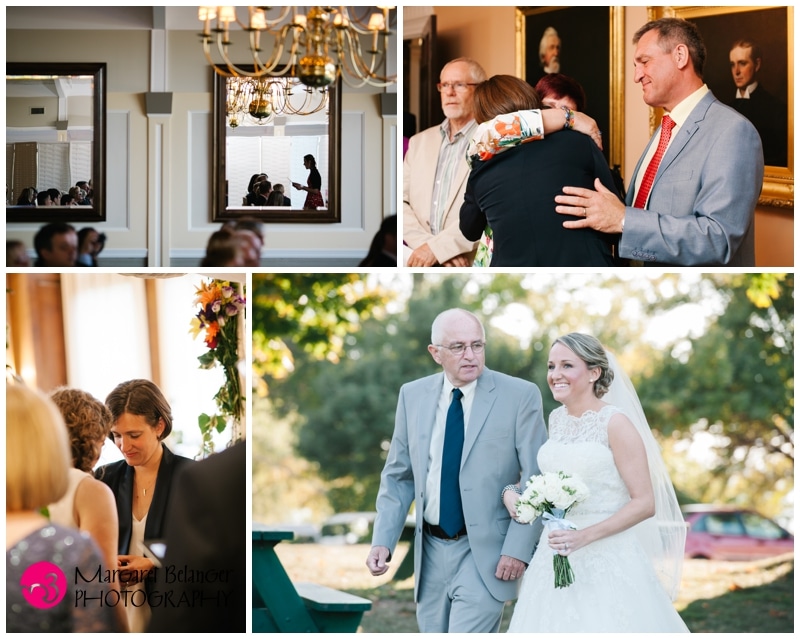 The following examples were taken by me as the second photographer. You can see from where the primary photographer is standing how different our shots from that moment are going to be. 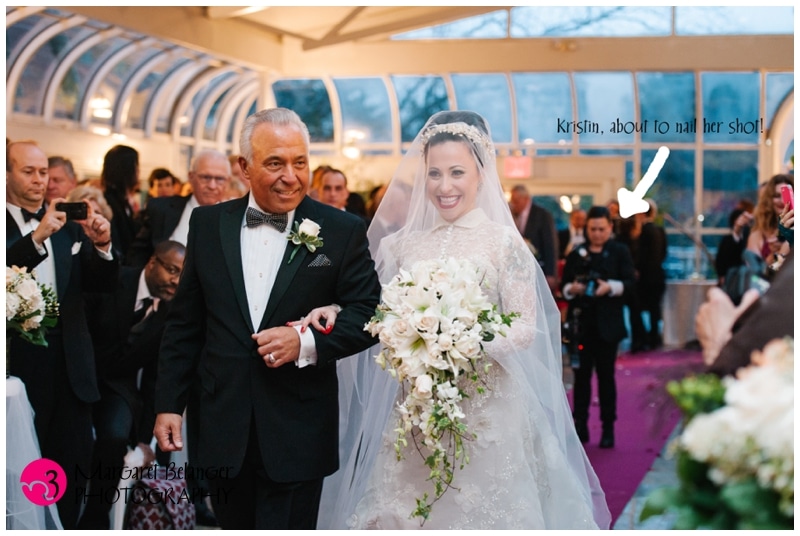 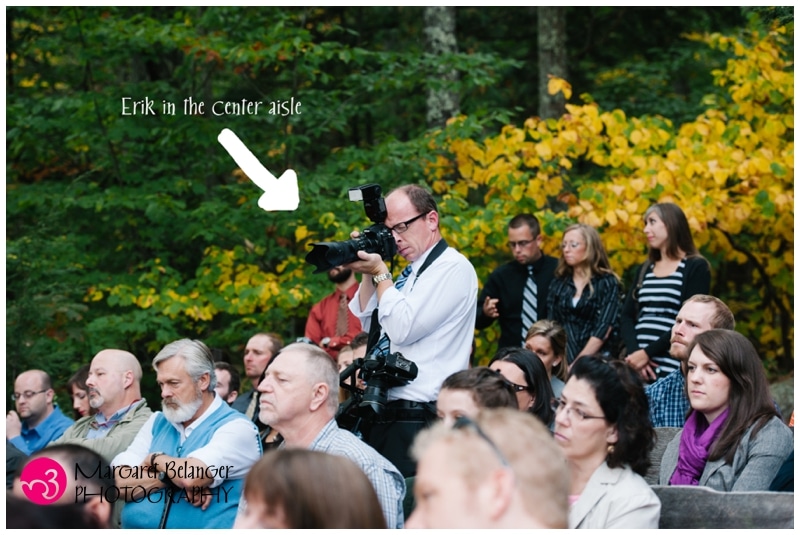 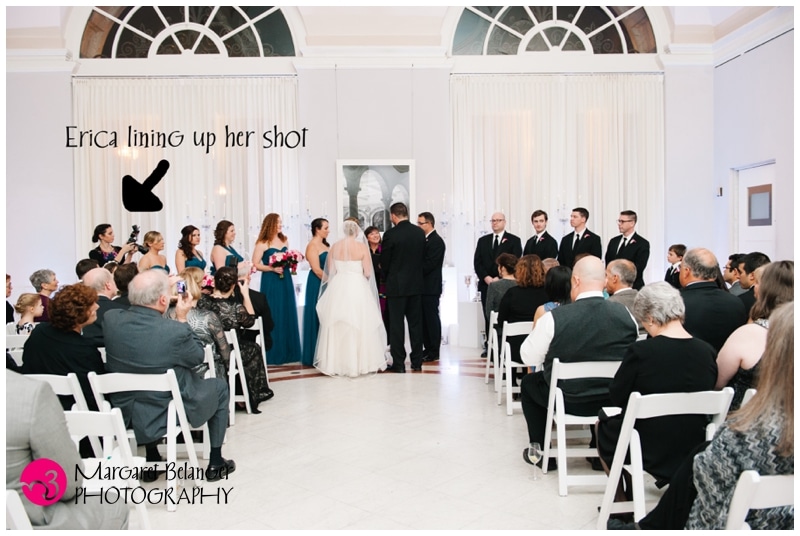 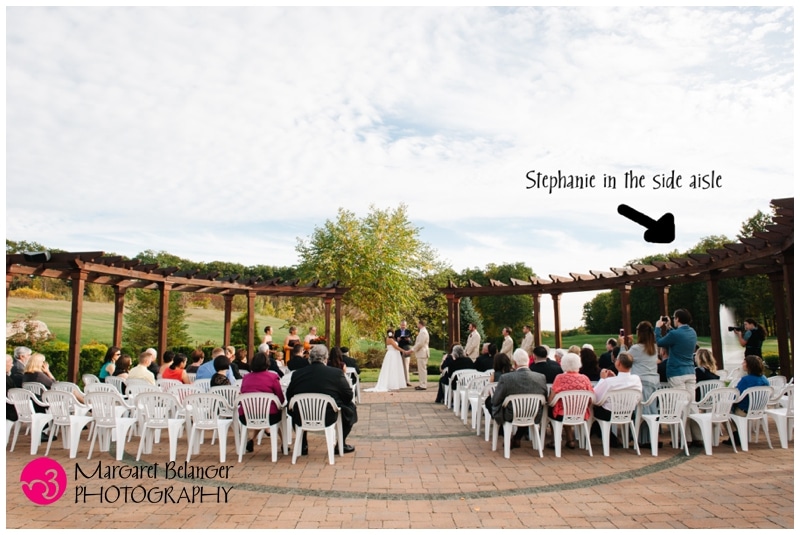 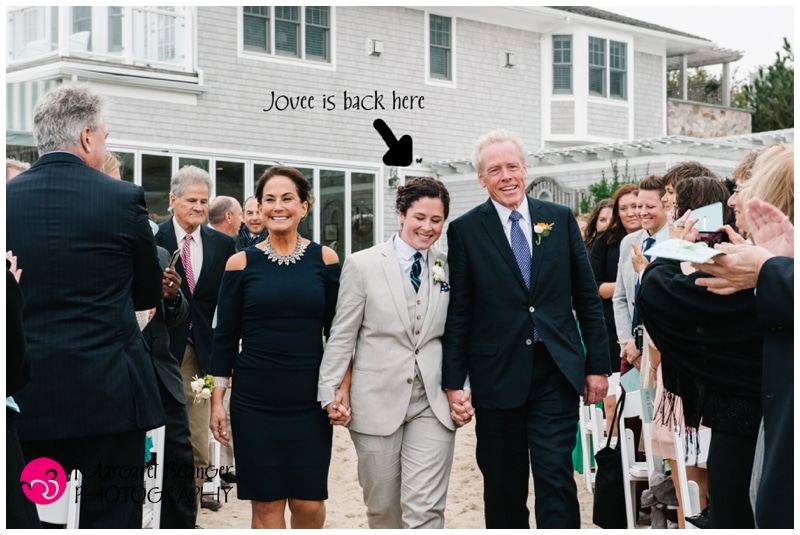 If you ask a photographer what they like about second shooting, they’ll most likely tell you that it’s all the fun with very little of the pressure. The second shooter is often the one who gets to experiment. Since they are essentially rounding out the collection of images provided by the primary, they have a little more leeway to play with light, posing, shutter drag, etc. They take photos through windows and doorways. They shoot reflections. The second shooter is able to provide alternate takes on the same set-up. If someone shoots tight, the other can shoot wide.

And here are some kickass portraits captured by my second shooters. 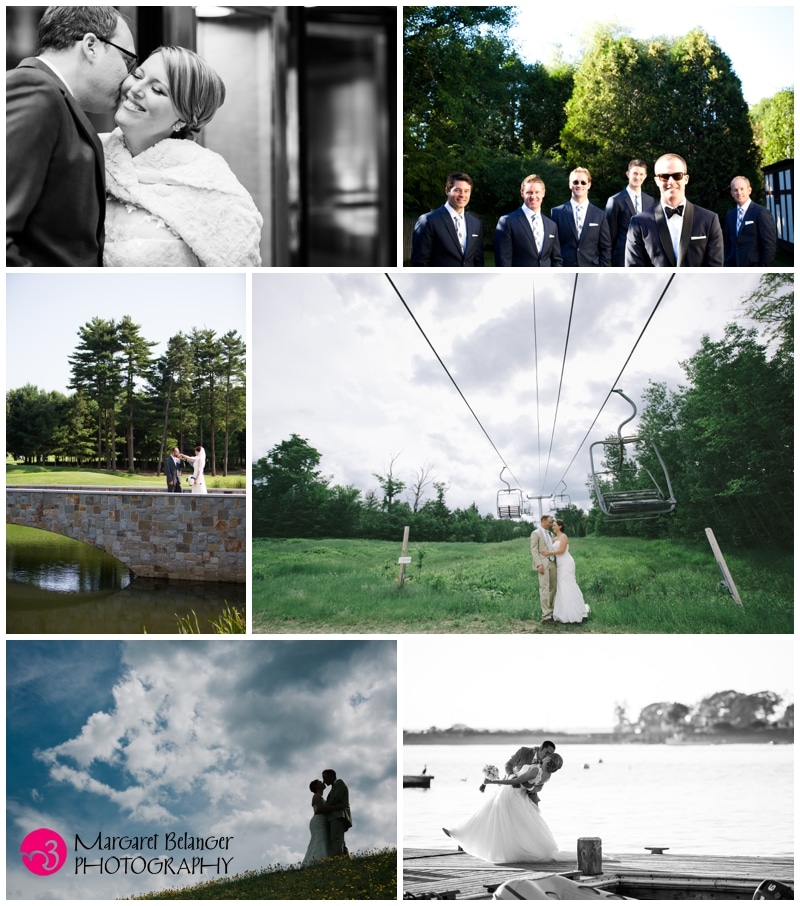 During cocktail hour (which may or may not be used for portraits), the second shooter is often photographing the details of the reception – the centerpieces, the food, the atmosphere. During this time, the primary photographer may be in the middle of portraits and unable to make it to the room when it’s untouched. You put so much thought into choosing, designing, and sometimes creating the details of their weddings, we want to make sure we have a chance to capture all of it for you. Your photographers understand that these are not necessarily the photos you’re going to frame and hang on the wall, but they do help tell the complete story of your day. 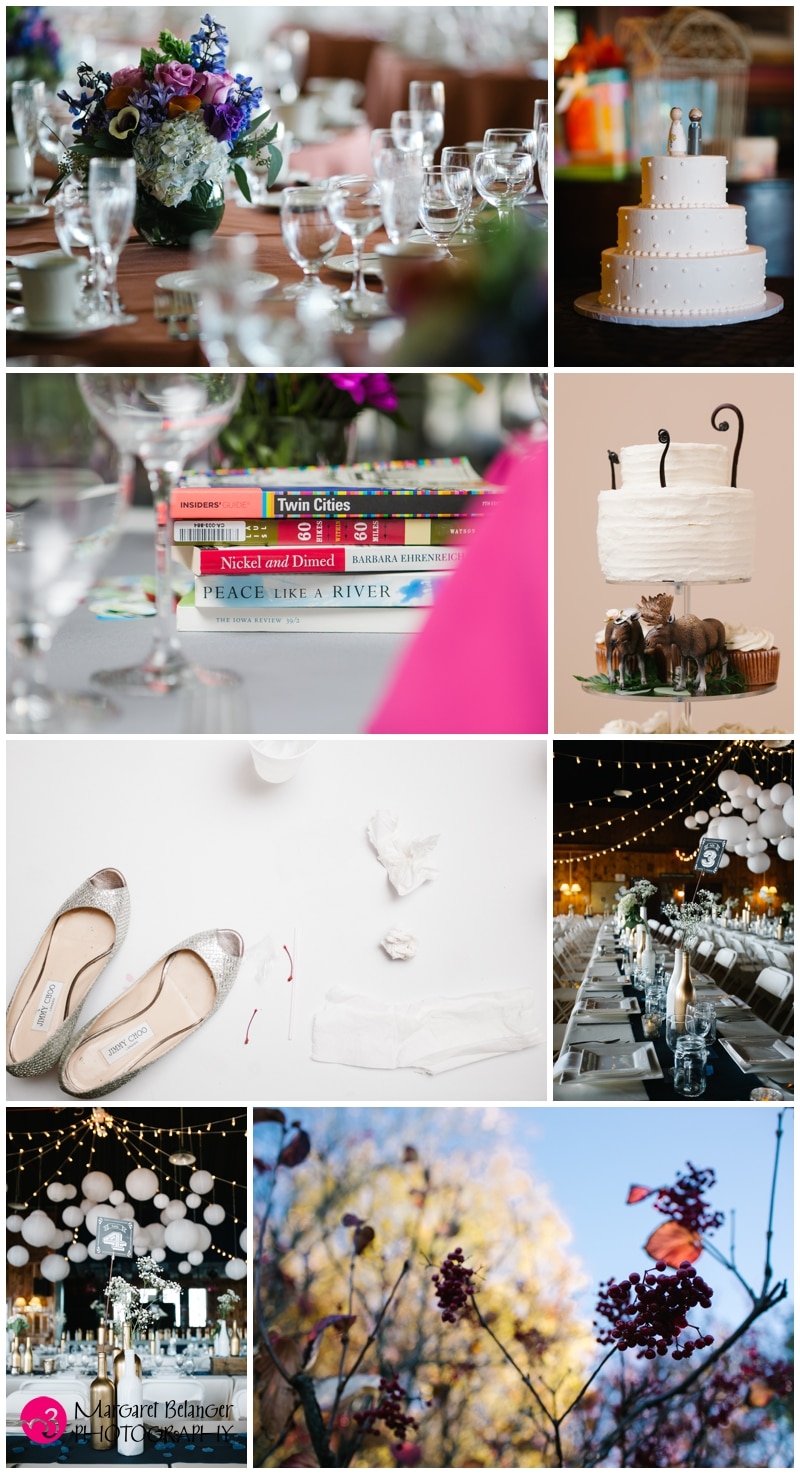 6. EVERYONE WANTS A SHERPA

Sure, there are a lot of *actual* reasons to have a second shooter at your wedding, but as the primary, I have a few selfish reasons, too. I happen to enjoy the company, for one. I like being part of a team, and knowing that someone else has my back makes it easier for me to get the job done. Sometimes my second carries my gear for me. When we move from one location to another, my second might grab my camera bag so I don’t fall behind, or they might bring it into the reception room while I’m doing portraits. Either way, it cuts down on the time I spend hauling cargo and makes it easier for me to focus on my actual job, which is photographing the happy couple. Second shooters are often responsible for wrangling family members during the time set aside for portraits. Their help ensures that things run efficiently, and they *might* even be willing to make some funny faces for any kids in the photos. Having a second shooter with me on a wedding day also means that I have a model at my beck and call. I can instruct them to stand where I know I’ll want the couple to stand so I can get all of my settings dialed in ahead of time. If I want to grab the couple during the evening for a creative nighttime shot, I can use my second shooter as a stand-in, so I only need the couple for a few minutes instead of having them stand outside while I fiddle with my equipment. Here’s a great example where Steph stood in for Julie and Rich before we asked them to step out of their reception and pose for us. The bottom photo is the finished product. Photographers could fill entire albums with silly photos of each other acting as models. 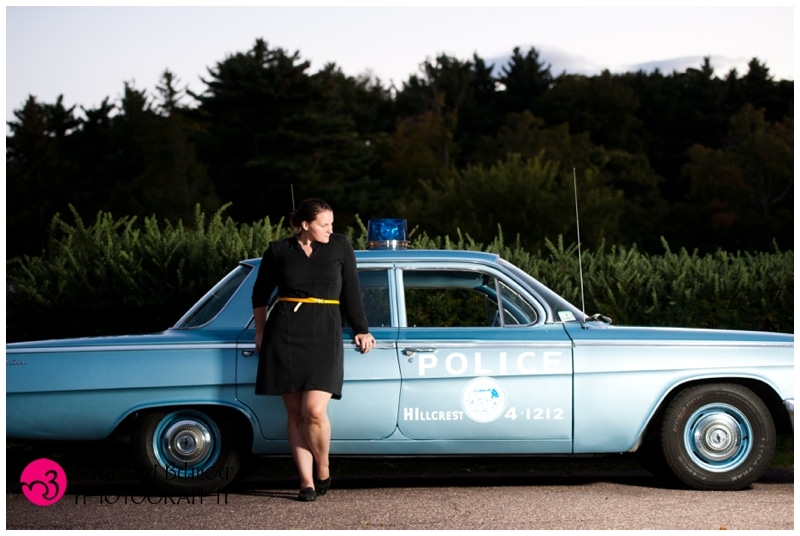 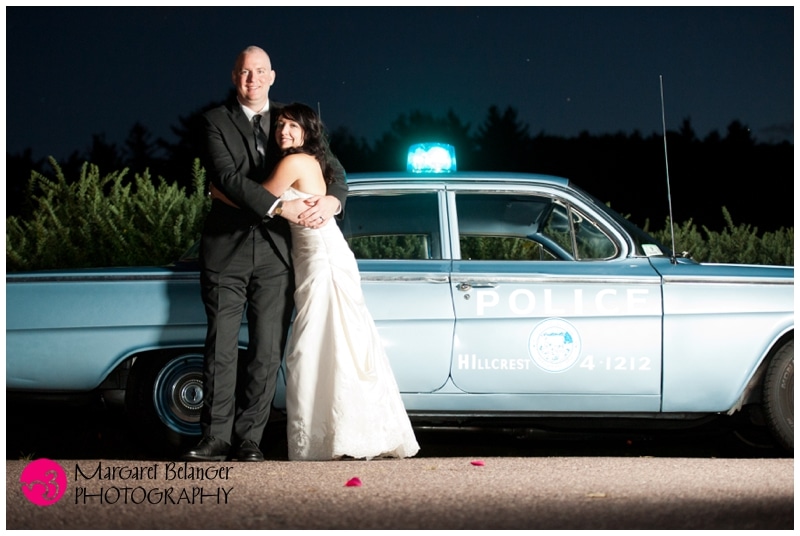 Hopefully this article clarified what a second shooter can add to your wedding day! Thank you so much for reading. If you have any questions or comments, you can always reach me at meg@megbelangerweddings.com.