I Seem To Lean on Old Familiar Ways

My father informed me today that it had been a while since I posted anything, so I thought it was about time to share this adventure with you. If you follow me on facebook or twitter, you probably read an abbreviated account. If you’ve bumped into me in the past couple of weeks, you probably joyfully listened as I regaled you with a tale of the sea, the same tale I am going to share now.

A few weeks ago, I headed down to Scituate to meet up with Adam & Larry of Snappy Lobster for my Boston Homegrown project. It was a tad chilly out, but we braved the wind and cruised out to their “lobster landing.” Just three intrepid sailors. They showed me their catch – lobsters, scallops, and whelks (whelks are snails). After I finished photographing them, Adam and Larry generously gave me two scallops and some whelks to take home (I could have sworn they gave me 4 whelks, but when I got home there were only 3…). I vowed that I would cook these things for dinner! Up to that point, I had never cooked anything from the sea in my life (I once made a ceviche, but there’s no actual cooking involved in that), but I felt like this was an opportunity I didn’t want to pass up. All I had to do was make them edible and I could feel like I had done something wonderful and totally out of my comfort zone. That was it, I was hooked – these creatures from the sea had met their match!

On the way home, I called my cousin Leigh, my Boston Homegrown collaborator and my culinary phone-a-friend. She assured me the sea creatures would last until the next day – keep them in the fridge on ice. In order to transport them home, I had secured them in the plastic container thingy that new sheets come in – you know, the one that zippers on three sides? So when I got home, I put these living things in a shallow baking pan filled with ice and then set them aside in the fridge. I couldn’t help but poke and prod them occasionally to make sure everyone was still alive. I started to think, “Maybe they should just be pets?” When Doug got home, I proudly showed him our dinner. He loves his seafood. Somehow, he met this challenge much less enthusiastically than I expected. He wanted nothing to do with living things in the refrigerator. I was on my own. Sort of. (I promise there are photos coming up.)

This is my Auntie Joannie: 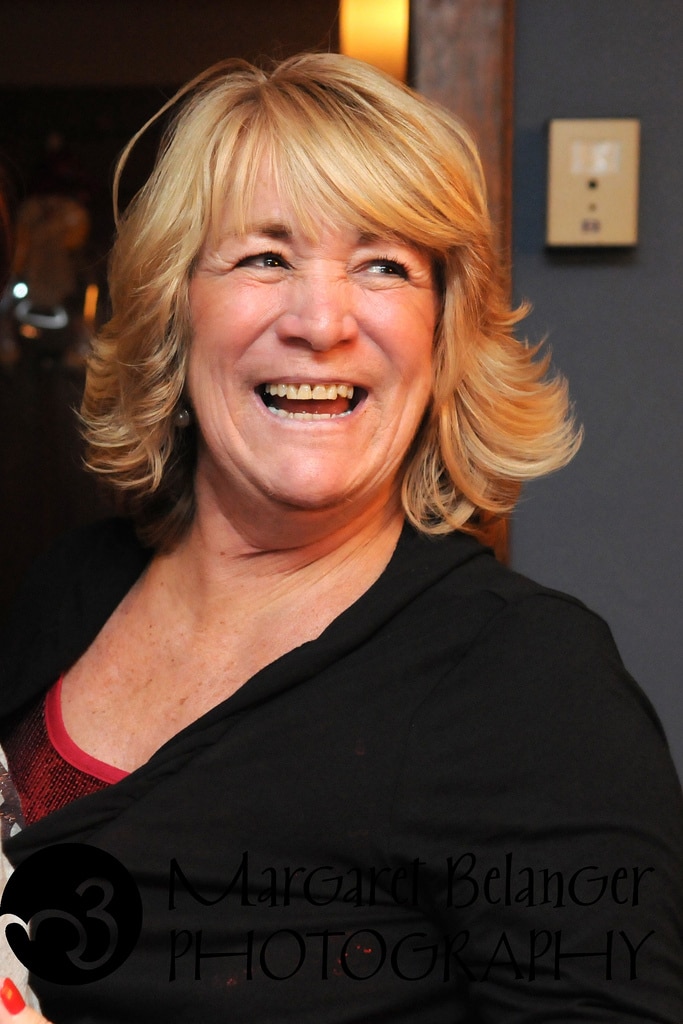 And yes, she is totally as fun as she looks. Owing to her culinary curiosity, she decided she would stop by to see if the scallop shells were as big as I told her they were (about 8″ diameter). I told her if she was going to stop by, she was going to help me shuck them. Sure enough, she showed up with an iced coffee and two pairs of latex gloves so we could set to work!

This is what we were starting with: 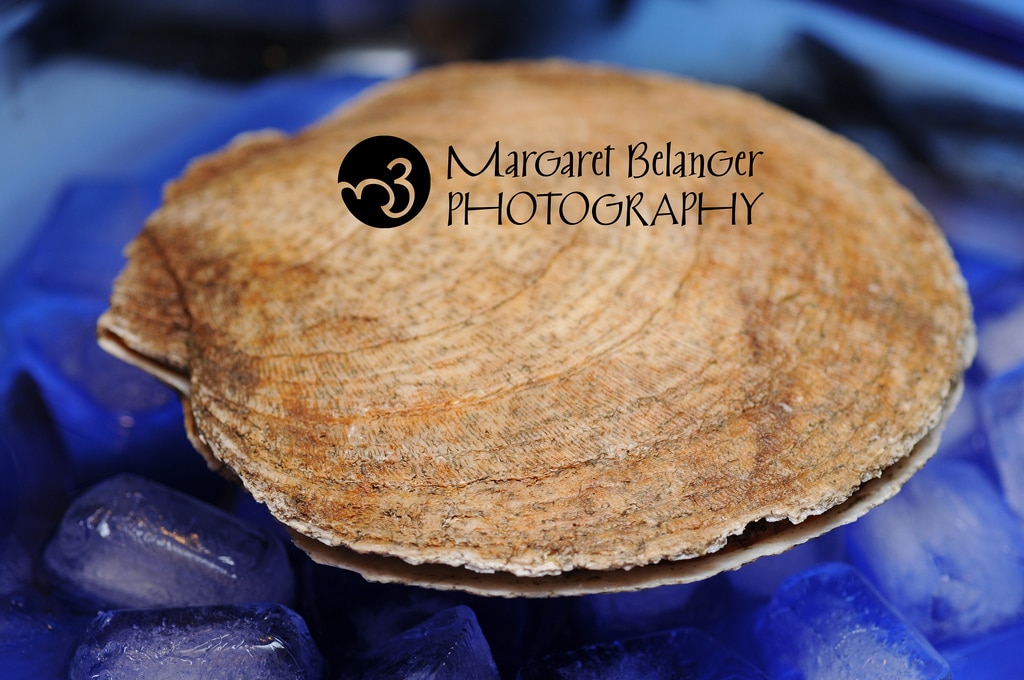 This is a close-up. See, the scallop is smiling! 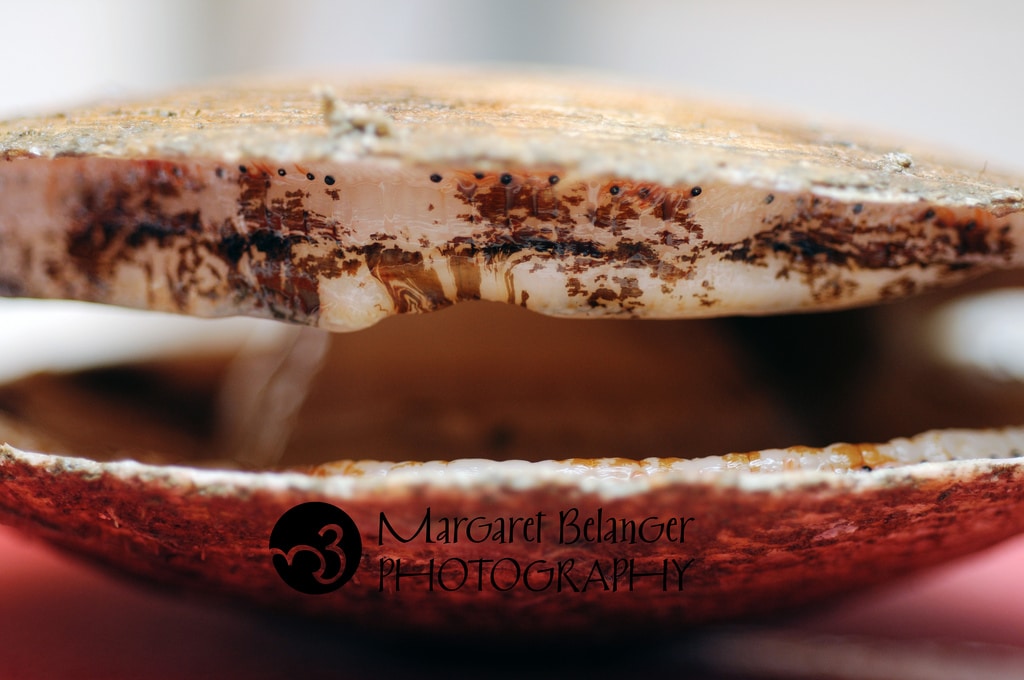 In order to do this correctly, I turned to the only accurate information source I could, the internet. We read about how to open the scallops and then snapped on our latex gloves! Essentially, you have to take a knife and convince the scallop to let you slide it into the shell (I used a soft coaxing voice – it seemed to work). Then you need to scrape across the bottom of the shell. When you feel a release of pressure, like you could open the shell up, you know the scallop is dead. Then you open up the shell and essentially get rid of all the other gunk (also known as vital organs) and you’re left with what actually looks like the scallop you’d get at a restaurant. Auntie Joannie went first. Then it was my turn. I got the angry scallop, the one that played dead and then snapped at us when we tried to open the shell. Awesome. I’m not going to lie – killing this thing was a little traumatic. Sure, I kill bugs when it’s warranted, but they’re so little – very rarely do you physically feel the effects of killing them. This was a little different. I actually took a knife to this thing and then felt the life go out of it. I am certainly no vegetarian, but I had never even boiled my own lobster (remember how I don’t eat or cook things from the sea?). A strange experience, to be sure. But here are the results: 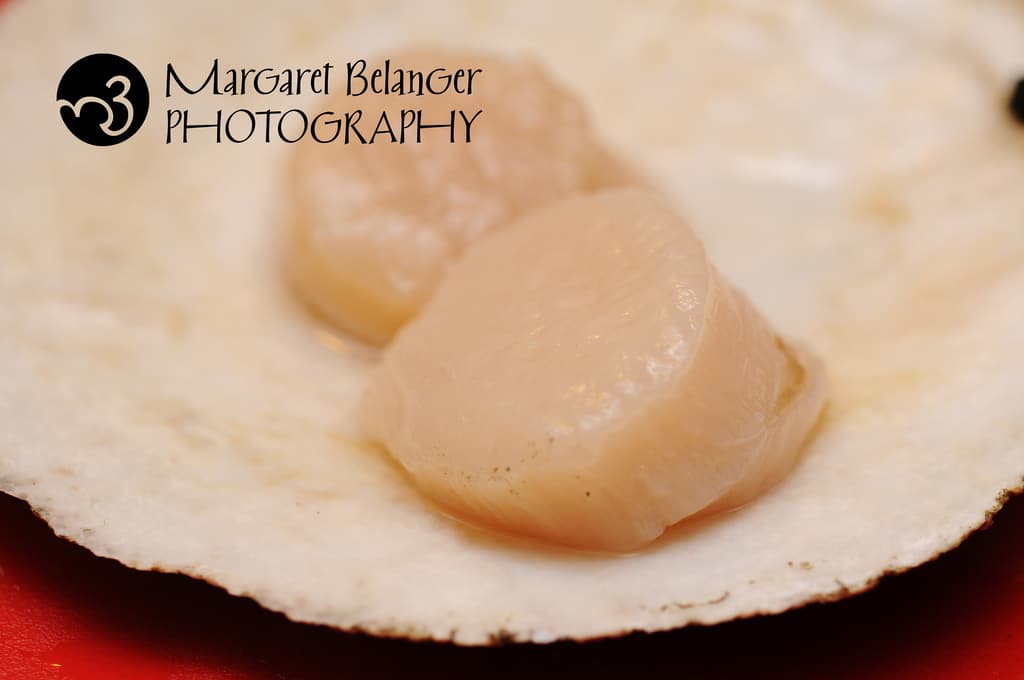 Just like a restaurant! And see how I artfully placed them on their own shell? Brilliant!

If I were writing a play, this is where the stage directions would say, “Auntie Joannie Exits Left.” She deserted me to take care of the whelks by myself. 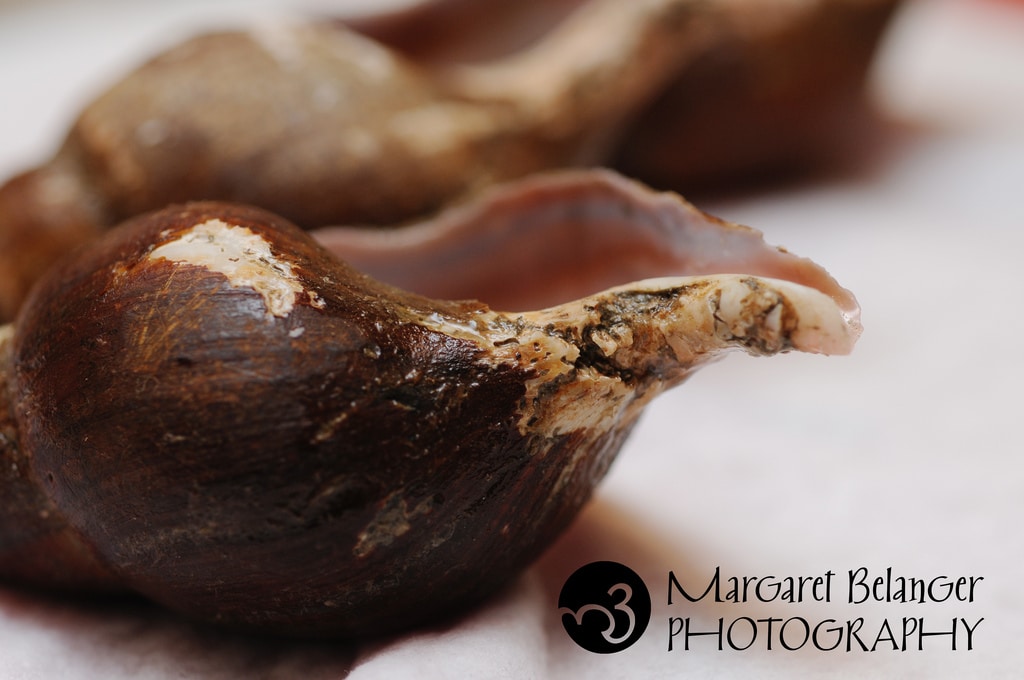 They were even more bizarre than the scallops. I found a You Tube video that showed a guy cleaning one and I tried to follow that, pausing and playing while I completed the action on my end. Twirling that body out of that shell was beyond bizarre. Doug was home from work by this time and he couldn’t quite understand why I needed to bother. For me, I needed to finish this project. I couldn’t let the whelks win! This article may have helped me in my quest to cook the whelks correctly, but I was unfortunately on my own. I wouldn’t say I destroyed them exactly, but I didn’t do them any favors. Which is why this is not a photo of cooked whelks: 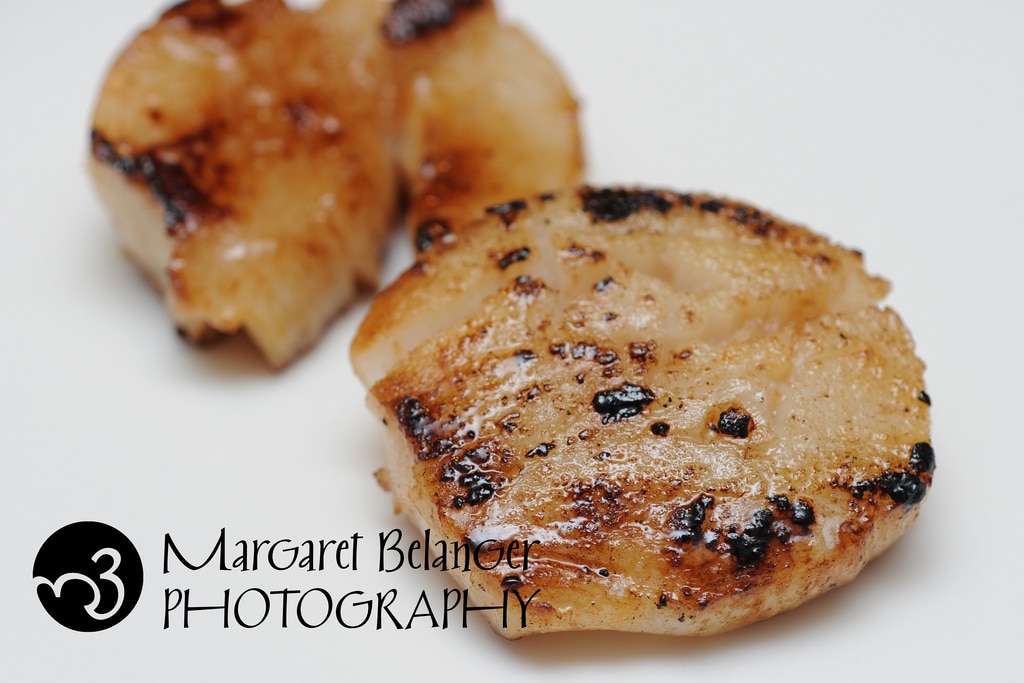 These are the delicious scallops! I had never eaten scallops before, so I had half of one and Doug enjoyed the rest. The whelks were not a big hit. I pretty much forced Doug to try one. All I asked for was a nibble. So that’s what we did – we each tried a little bite. It was not the yummiest thing, but I suppose it could have been worse!

So that’s pretty much it – The Great Scallop Adventure of 2011! It was so awesome! It was something I had never ever done and I did it! It felt so good. I am not a food blogger – I just blog about the food I photograph – so this doesn’t really do the experience justice. I probably should have taken photos of the gross insides, but I was too busy just experiencing it all! Thank you, Adam & Larry! Not only were you super fun to hang out with, but you supplied me with a pretty amazing (and hilarious) story!