When I first met Laura, she won me over with the simple fact that she worked with old people. Then she told me that she was having her wedding dress custom-made because she was frustrated with the wedding dress shopping process. She just walked into a place and asked if anyone would be willing to design and make a dress. Brilliant.

Laura got ready in a little cottage in Narragansett, which is where Mark and I started our day. Then we headed over to the Kinney Bungalow where the ceremony and reception would be held. It’s also where we met up with Steve, our handsome groom. What a gorgeous wedding location! So many of Laura and Steve’s friends and family helped to make their day wonderful and unique. They took part in designing invitations and programs, singing, officiating, bouquet-making, and even flower-girling! I think when people come together like that, for the common goal of celebrating the love of their friends, it says a lot about the two people getting married. You don’t need to spend a lot of time in Laura and Steve’s company to understand how awesome they are. And awesome people mean an awesome wedding. Obviously. Here are some of my favorite photos from the day… 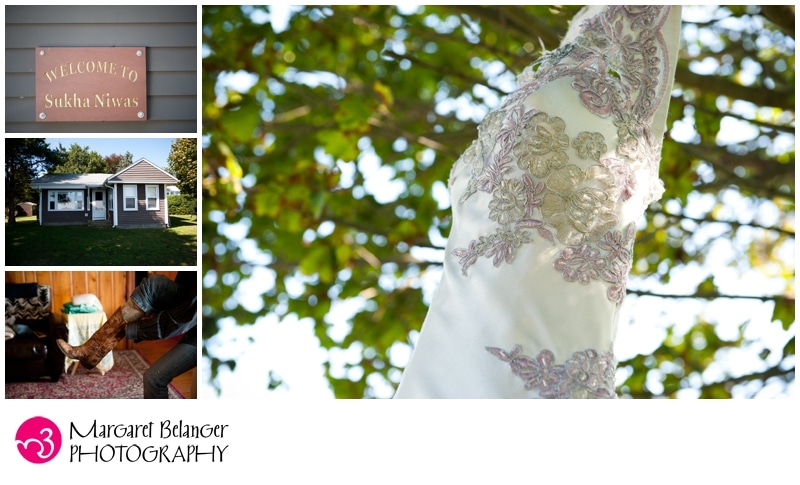 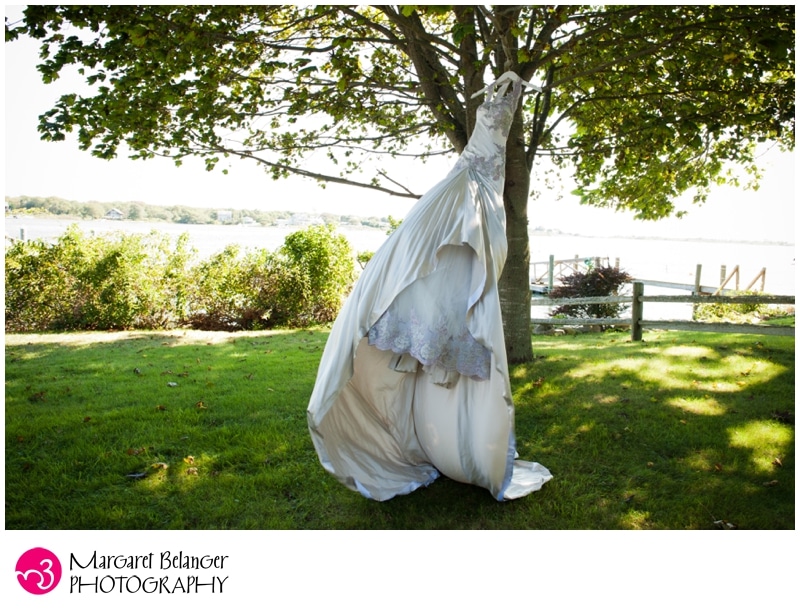 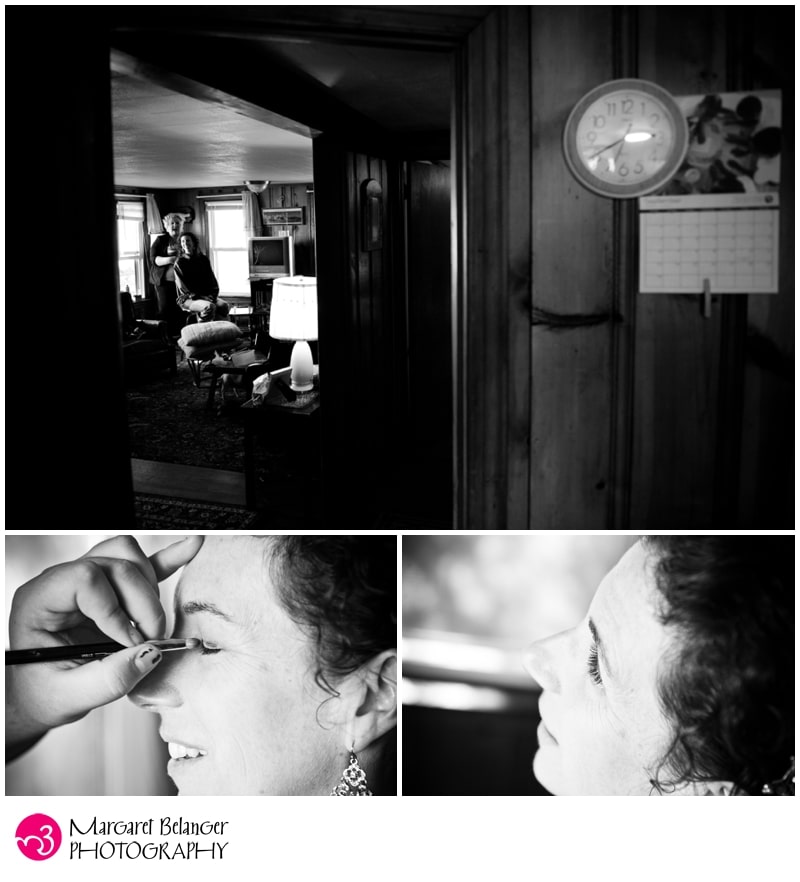 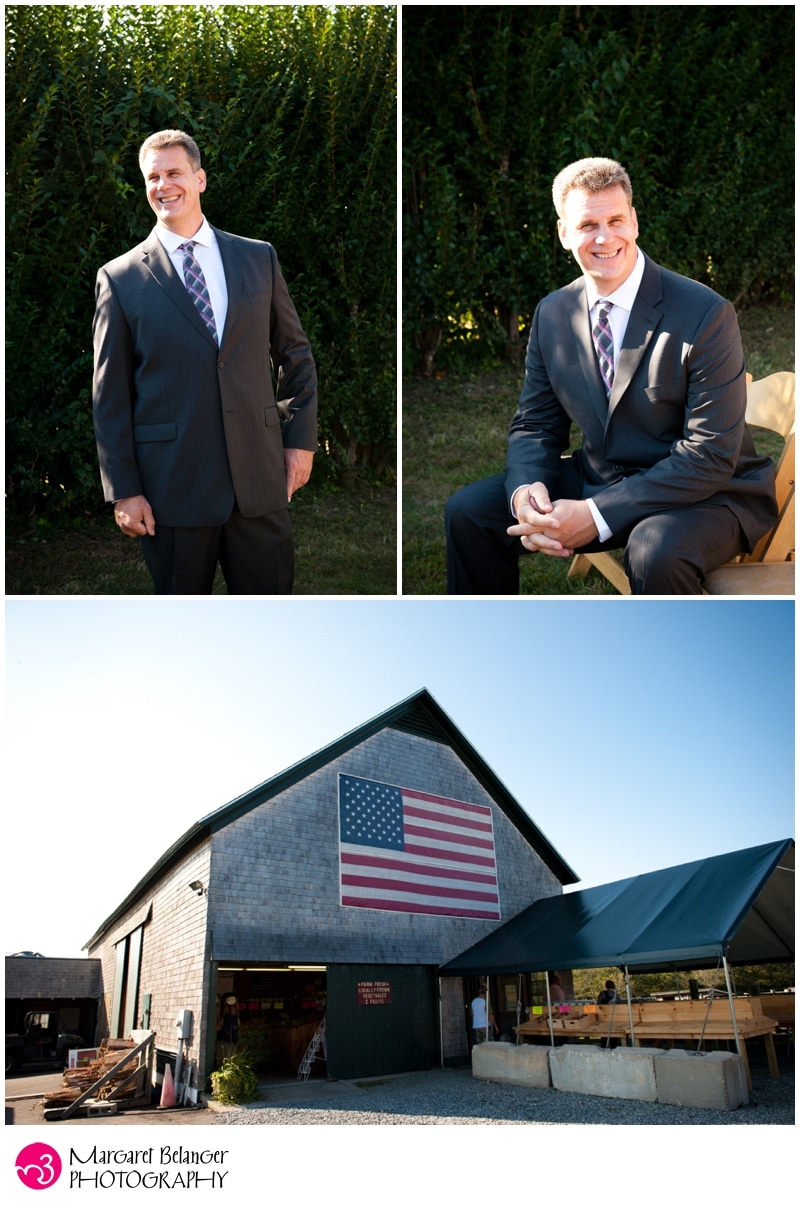 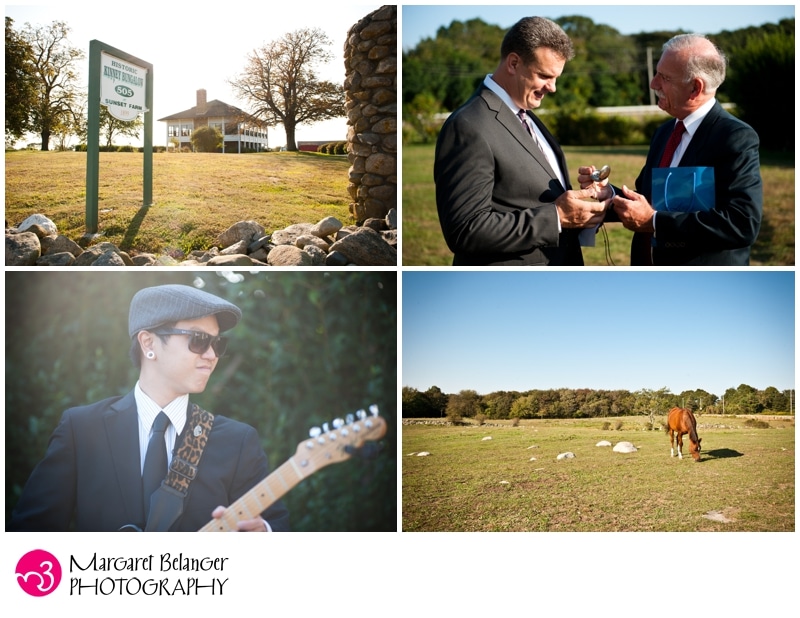 Laura and Steve wrote their own vows. For a few minutes, I had both Laura’s vows and the wedding rings in my possession and was thrilled to be able to use them both in a photo! 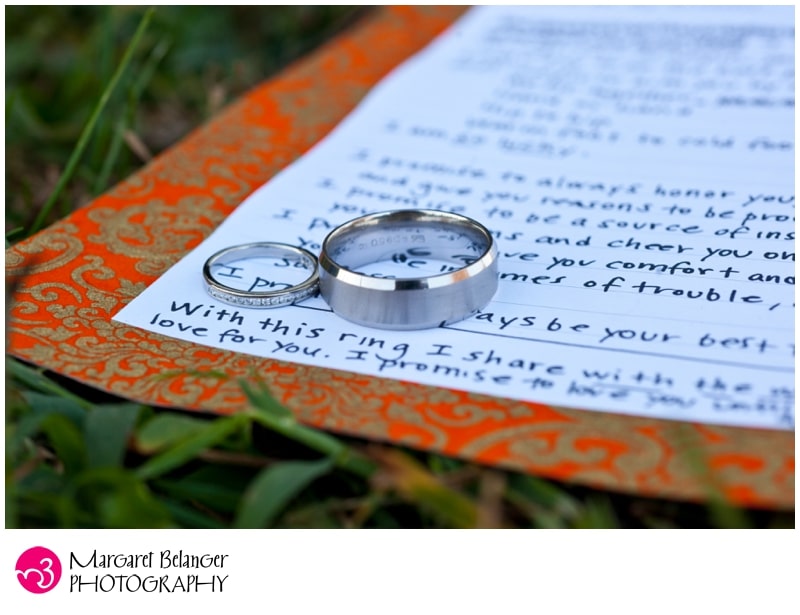 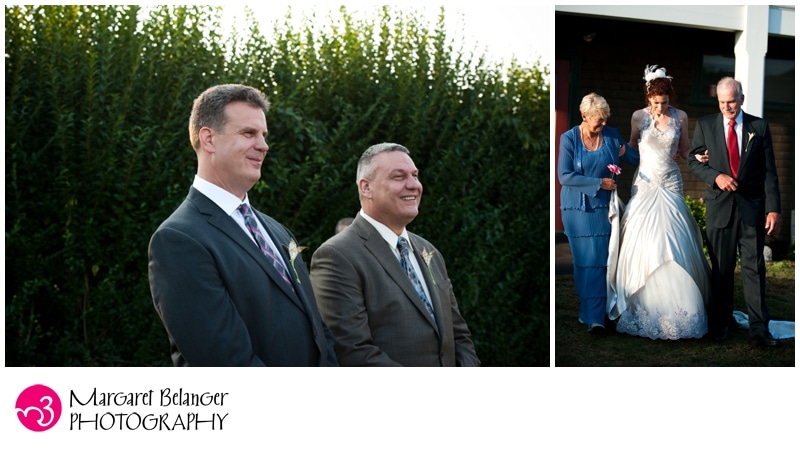 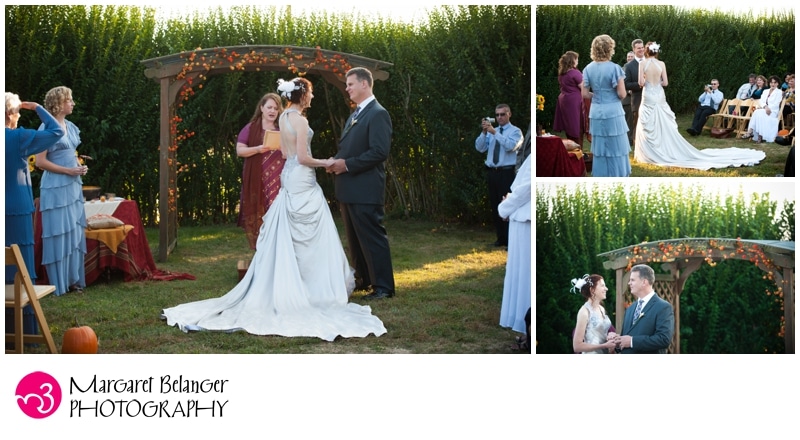 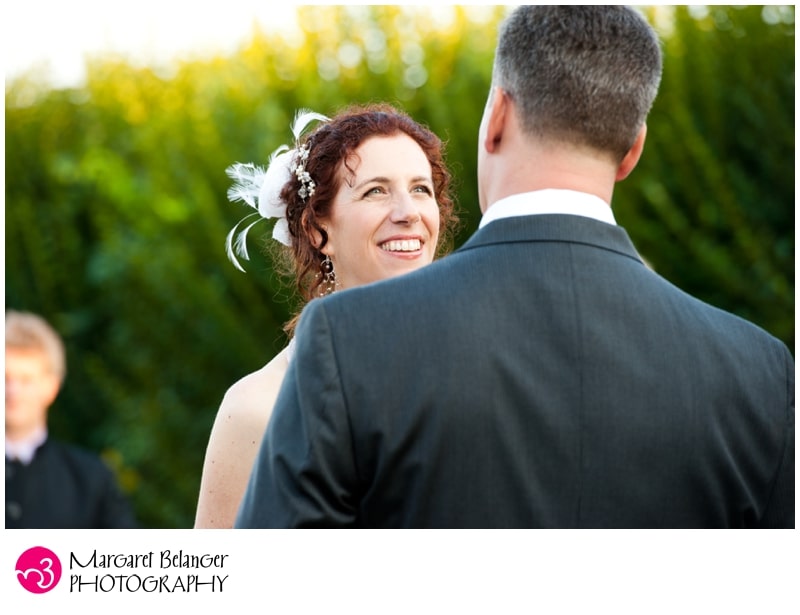 You may have noticed that Laura walked down the aisle without a bouquet. Most of the women guests were given origami flowers when they walked in to the ceremony. At the end, the flowers were collected and a beautiful origami bouquet was created on the spot for Laura to carry back up the aisle. Then men also wore origami boutonnieres. 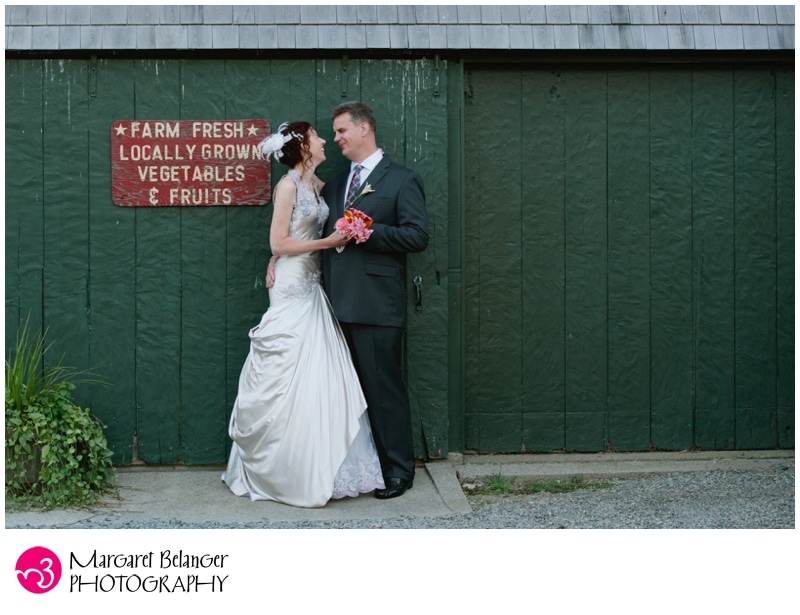 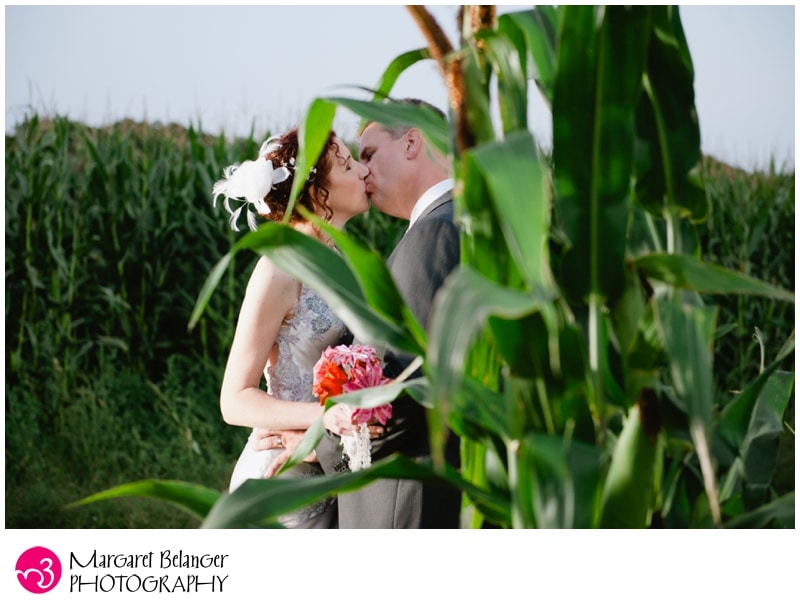 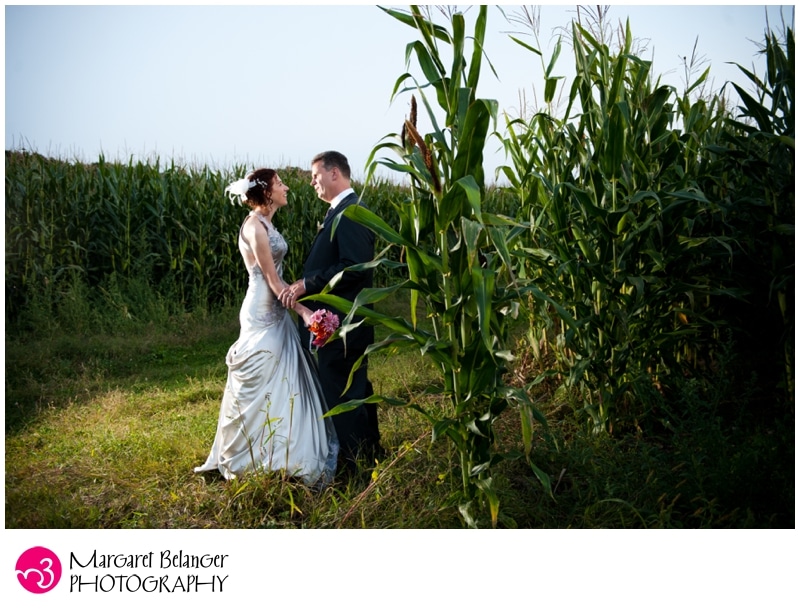 If you can’t tell from these photos, both Laura and Steve are really tall, which is why they opted for amazing giraffe cake toppers! The cake was made by Sin (love the name!). 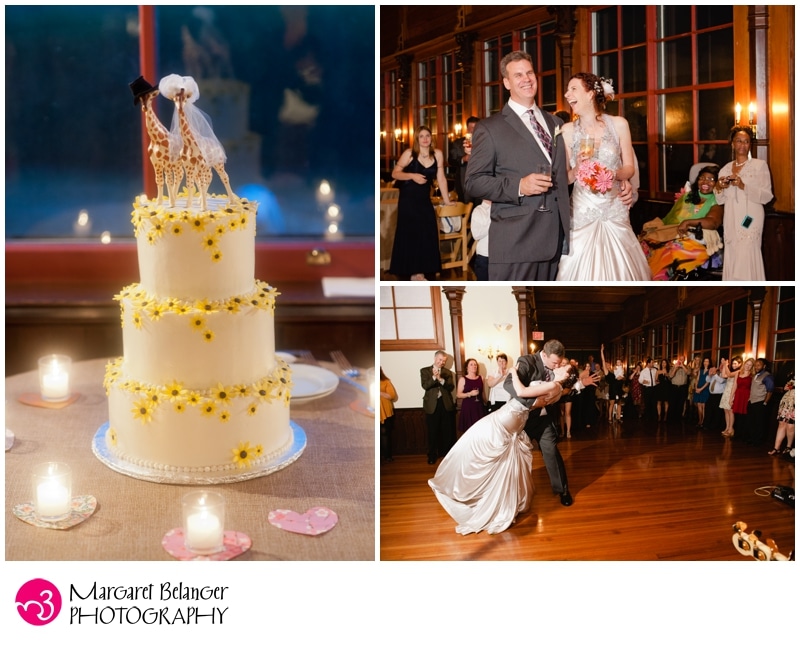 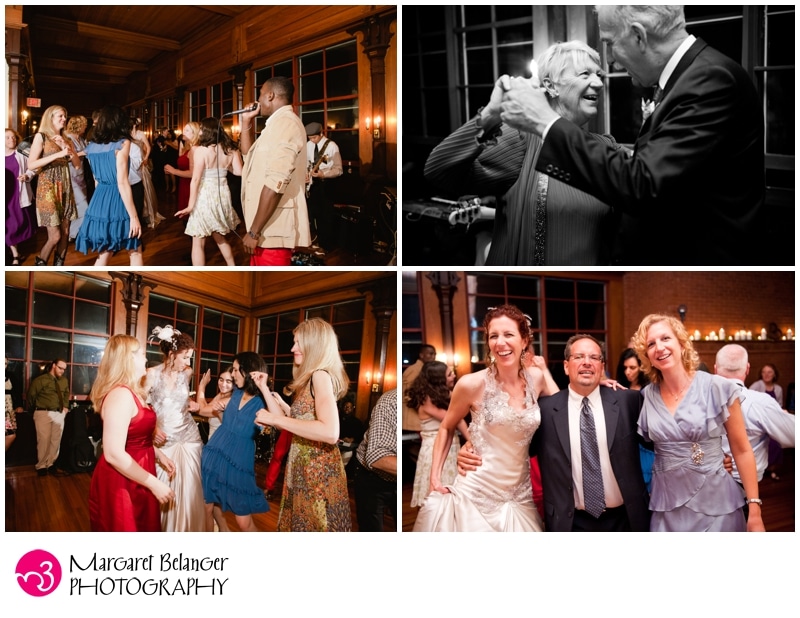 Yes, this really happened. There was a dancing cow at the reception! Apparently it’s some sort of tradition in Steve’s family. Mark and I had no idea this was going to happen, so it totally took us by surprise. It wasn’t until later that I learned who was inside of the costume (I’ll never tell!). It made for some fun dancing photos, though! 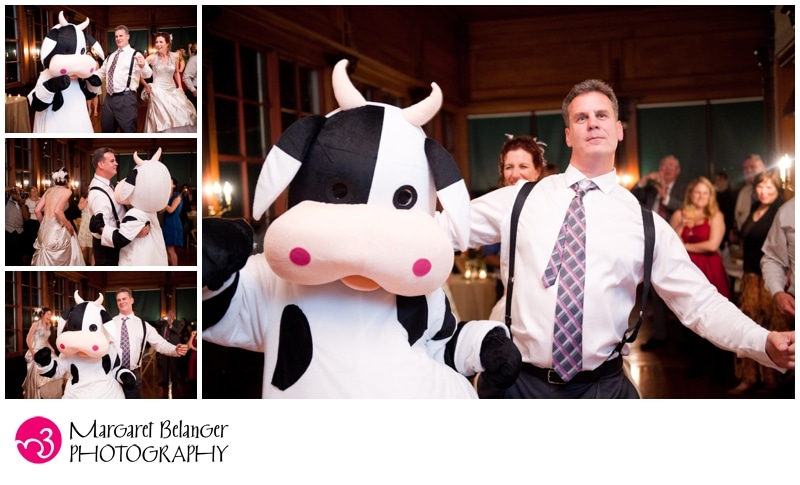 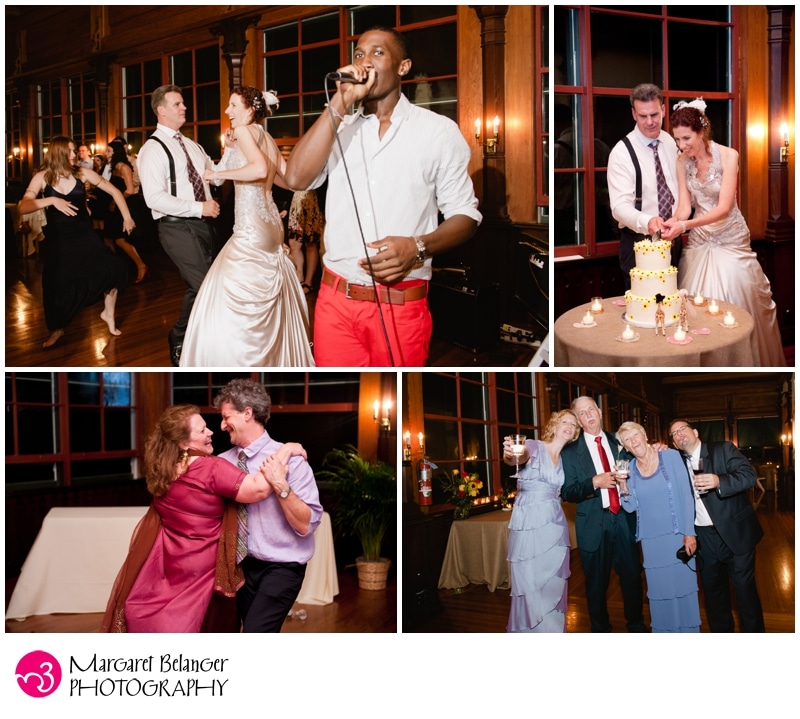 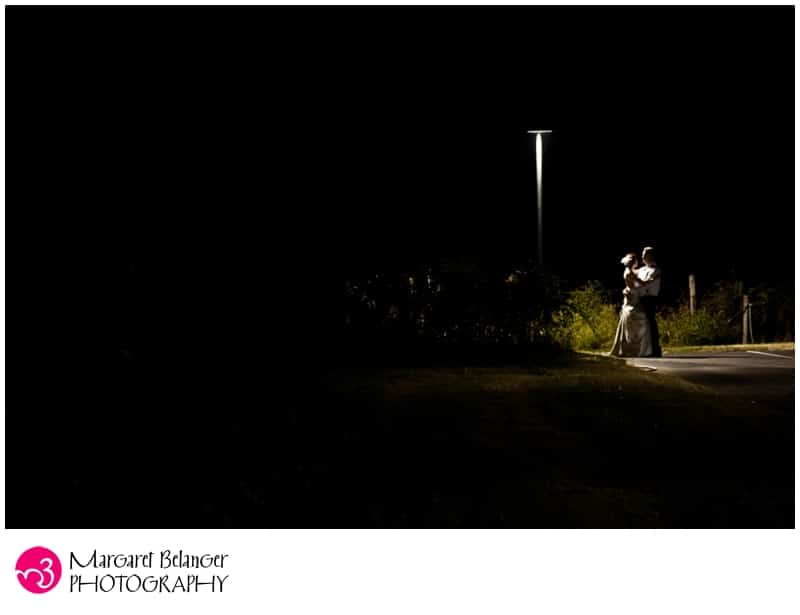