Milena is one of those very organized brides who first met with me over a year before her wedding, which was great because it gave us that much extra time to communicate! It was so easy to fall into a friendship with her and Kevin. They were fun, nice, and easy to be around. I knew from the very beginning that theirs would be an awesome wedding to photograph!

This is my film noir shoe shot. I guess it would be more noir in black and white, but I’m leaving it in color! 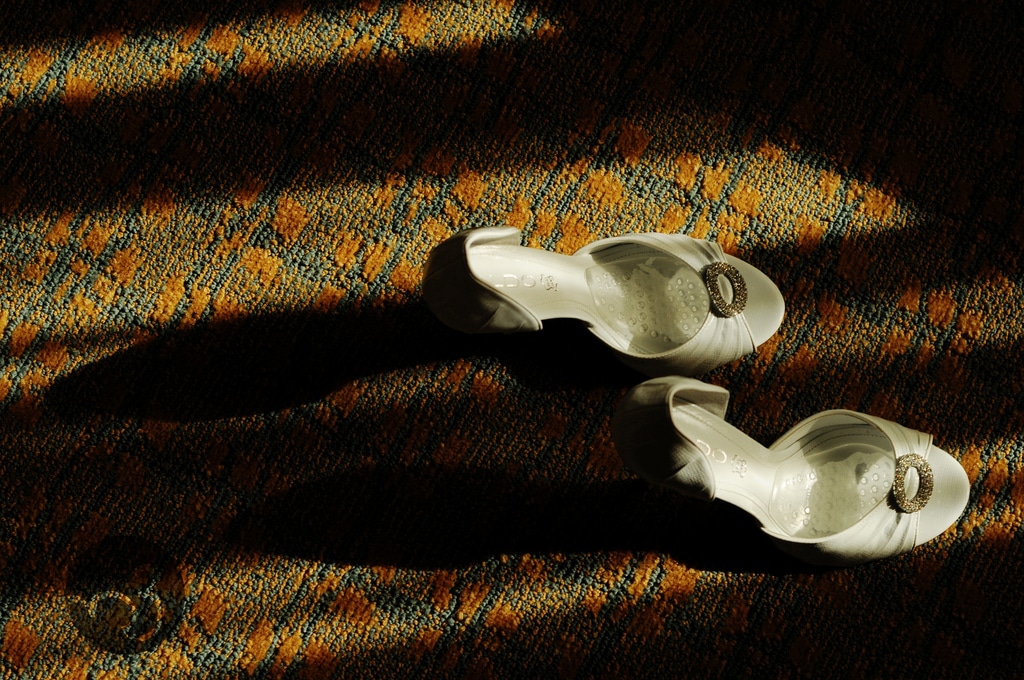 The flowers were done by A Whole Bunch Flower Market in Burlington. 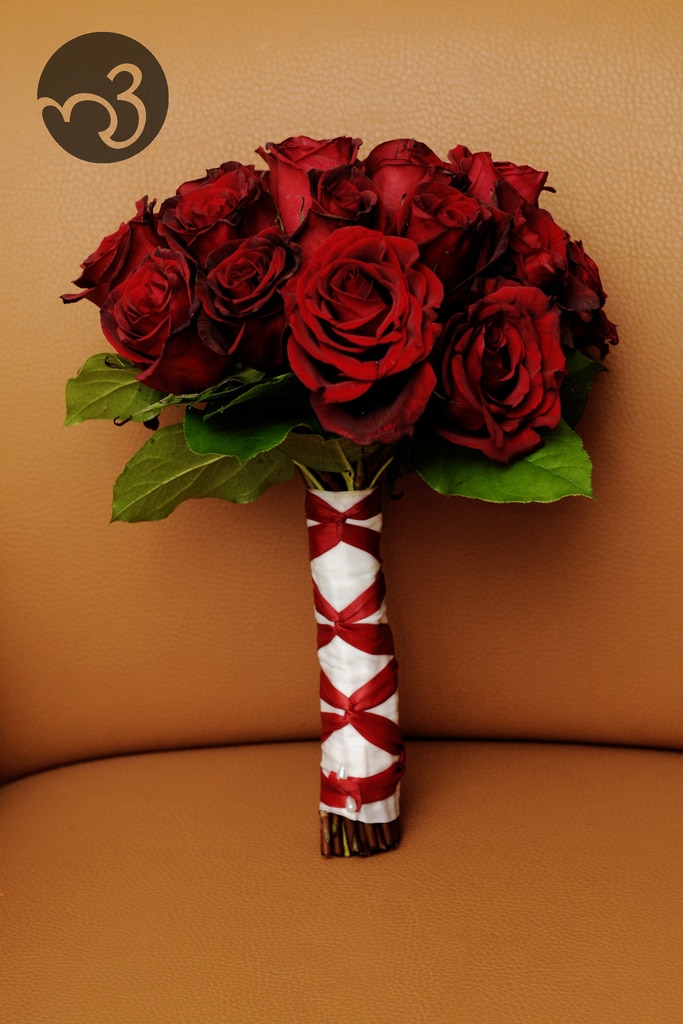 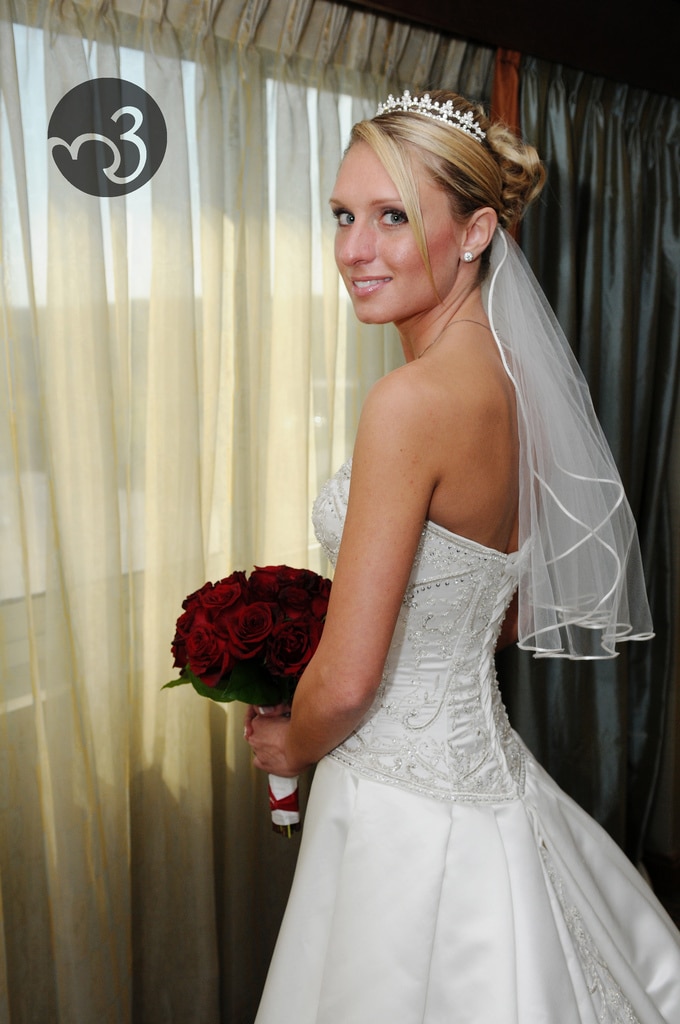 The ceremony was at St. Barbara’s Church in Woburn, MA. 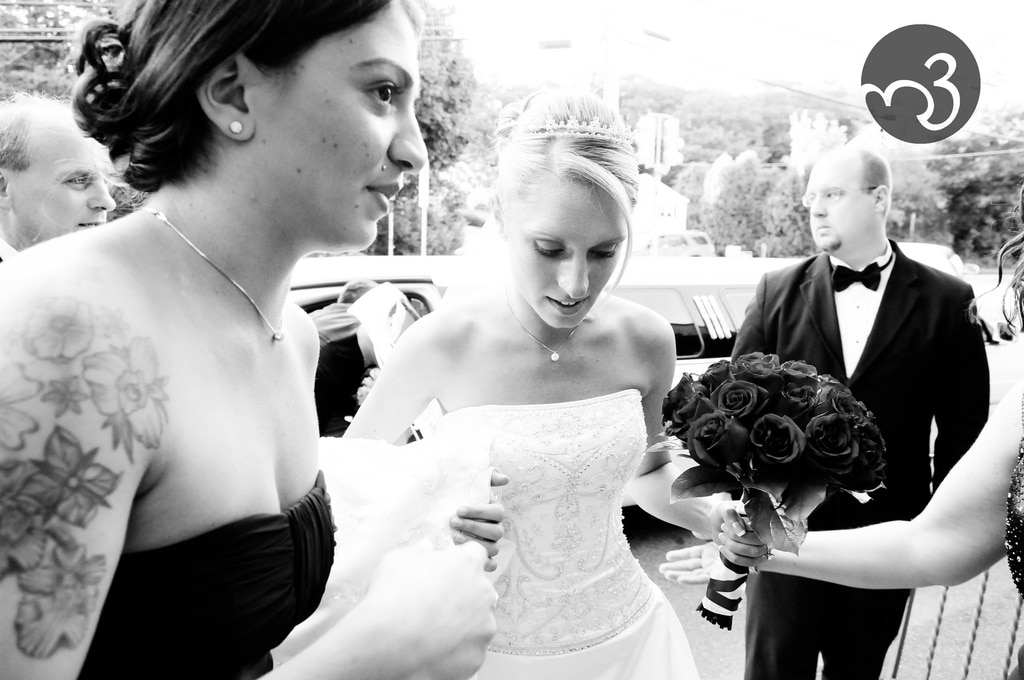 This photo was taken without using a flash and the ceremony started in the early evening! I love my camera! 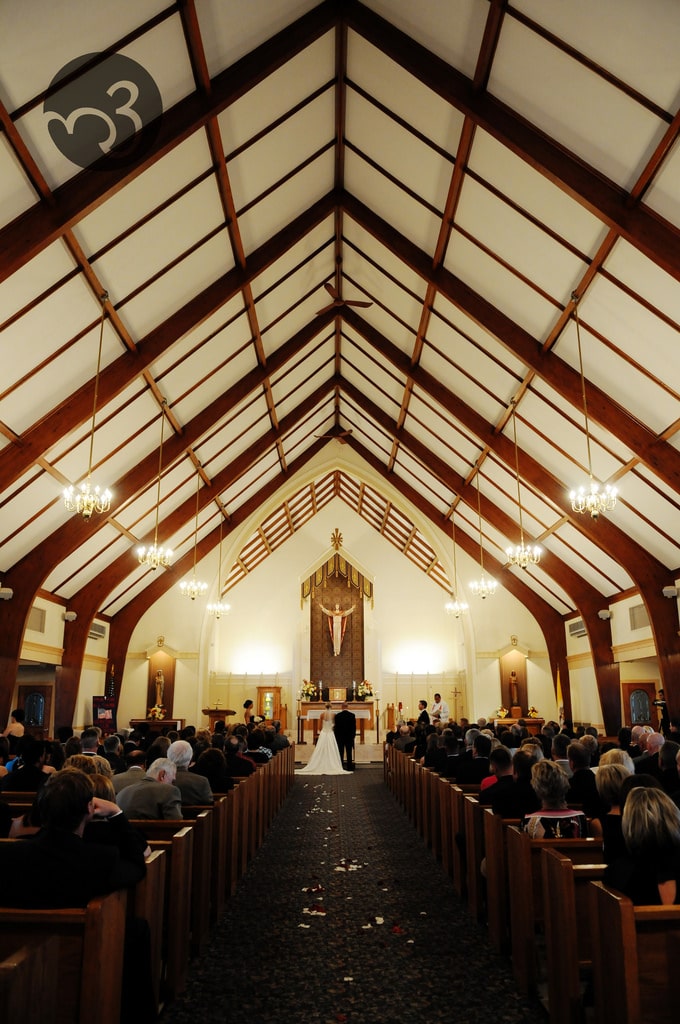 I love this photo of the cake! It’s made by Montilio’s Bakery, one of the big Boston bakeries (that’s a lot of b’s). 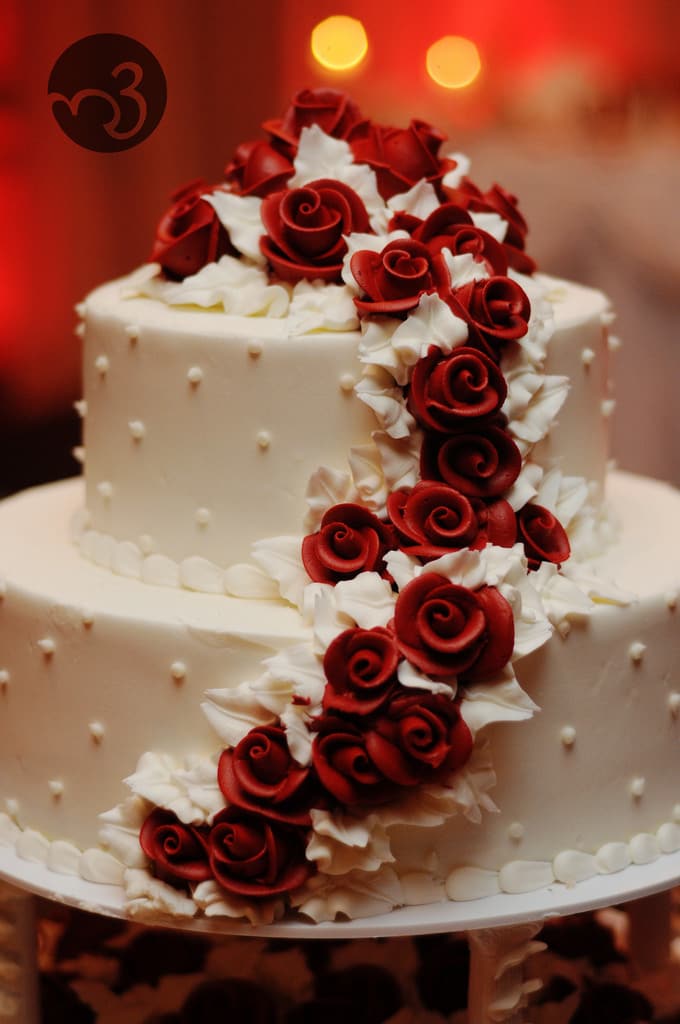 Ah, the dancing! Let me tell you, this couple, and their guests, knew how to tear up the dance floor! It was great getting to watch them, and if I’m honest with you, participate just a little bit. I can’t help it – when I hear music, I want to dance. The reception was held at the Hilton Hotel in Woburn, which is a great hotel. This is the second wedding I’ve photographed there, and it’s always nice to work at a venue that has great outdoor space and great indoor space for photos! 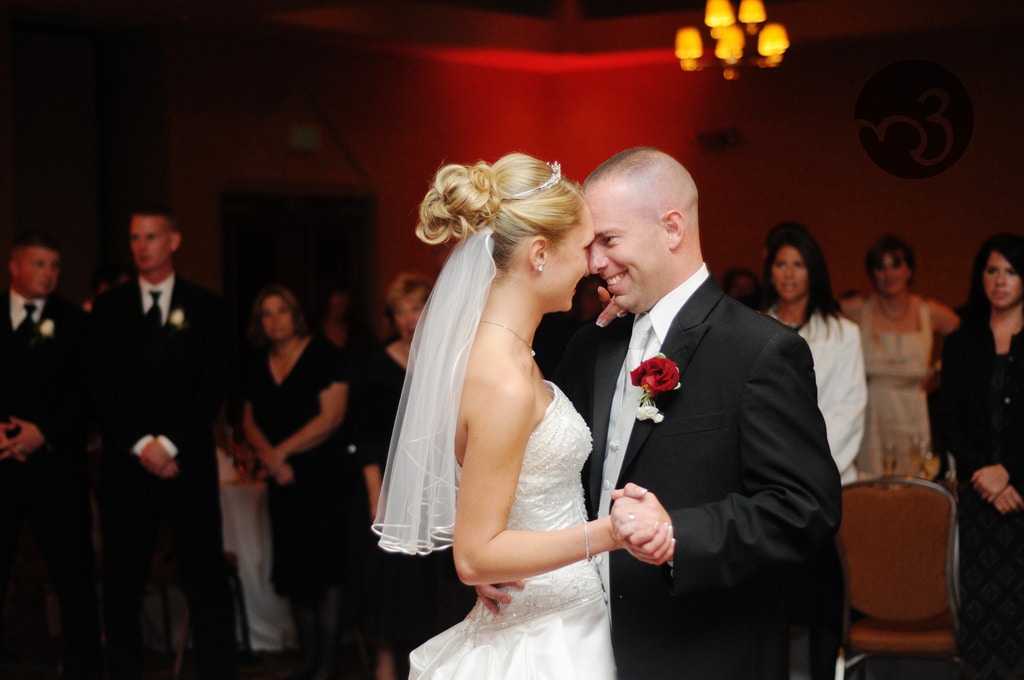 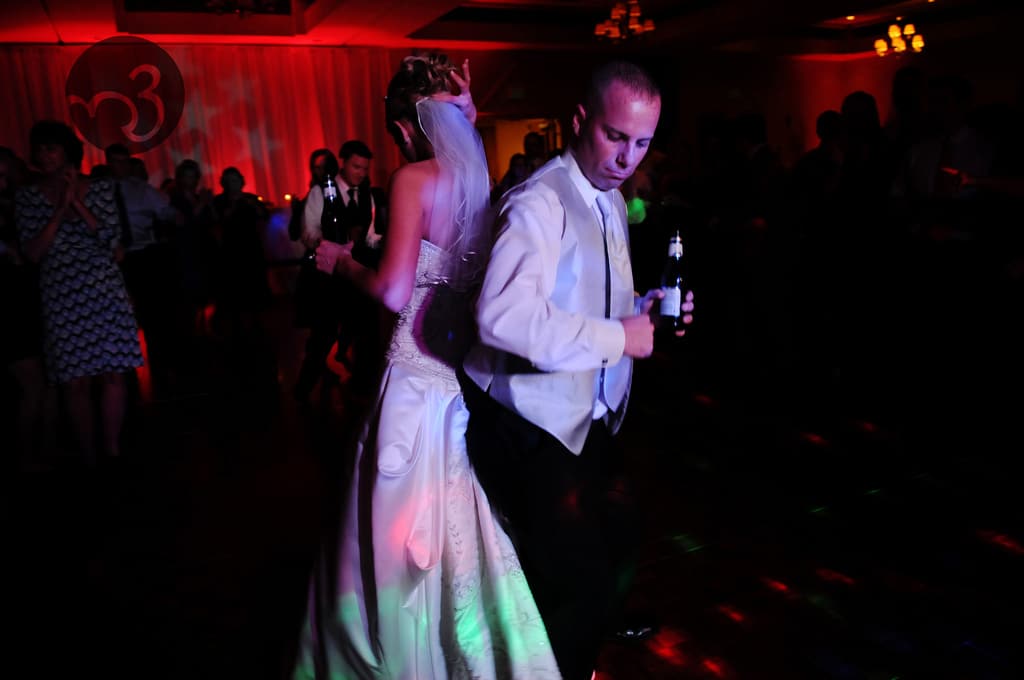 The whole wedding was so much fun! Milena & Kevin, thank you for being so great, and for being so patient for your blog post! I haven’t been very prompt. If you want to see the slideshow from the wedding, all you have to do is click here.

Since the title of this blog post also applies to movies, here are a few more little reviews for you…

It’s Complicated- It was funny. Really. Laugh out loud funny. I thought the kids were the weak links, specifically the son, but the rest of the cast was great. John Krasinski played his part a little slapsticky at times, but I thought overall it worked. Steve Martin could have been put to better use, but he worked with what he had. I enjoyed the complexity of the main characters. And I won’t give it away, but I really liked the ending. With a title like “It’s Complicated,” it couldn’t exactly be a nice neat ending all wrapped up in a bow, right?

Sherlock Holmes – The best thing about this movie was the relationship between Holmes and Watson. I thought Robert Downey, Jr. and Jude Law played off each other so well, but we never really see the origins of this friendship. They have this wonderful little bromance going, with all the banter of a traditional romantic comedy, which makes the dialogue between them sharp and fast and fun. The movie could have been shorter. I liked the explanation of the crimes at the end, and the way it’s told. I didn’t like Rachel McAdams. Her character was blah and her clothes were ill-fitting. How hard could it be to make her look good? For what it’s worth, this is also a Guy Ritchie movie and at times, it really seems like it.

Brothers – I was reluctant to see this movie because it looked so depressing. And it was. But it was also better than I expected it to be. It’s raw and honest and terrifying. I happen to think (and so does my movie-going companion) that the best acting in the film came from Bailee Madison, the little girl who played the oldest daughter of Tobey Maguire and Natalie Portman. She’s nominated for a Critic’s Choice Award because they acknowledge “juvenile” actors and it would be pretty cool if the Oscars gave her a Best Supporting Actress nod, but I’m not holding my breath.

Okay, that’s all for today. I haven’t been to the movies since Saturday, so I need to see a few more so I can review another bunch for you!