This past week we celebrated Doug’s birthday and for his present, I got him tickets to see The Swell Season at Radio City Music Hall. I don’t even know where to begin; we had such an amazing New York City adventure. Radio City Music Hall was exquisite. The inside was so opulent – every little detail spoke to its history. I was in Art Deco heaven. I had been there before, once, when I was a kid, to see the Christmas Spectacular, but not since. I would go back again in a heartbeat! Imagine my surprise when our tickets landed Doug & I in the 6th row! Amazing! The show was fantastic. If you haven’t heard of The Swell Season, I highly recommend doing a little research and checking them out. They won the Best Song Oscar in 2008 for “Falling Slowly” from the film “Once,” which they starred in. During a break in the show, I started chatting with a man who ended up inviting Doug and I to the afterparty. WHAT THE WHAT?!!?! We weren’t sure how legit the whole situation was, but we decided to give it a go. So glad we did! Not only did we get in to the party and hang with supercool people, but we got to meet Swell Season’s lead singer, Glen Hansard (such an amazing voice)! Not only that, but actors Bobby Cannavale and Edward Norton were also hanging out. Granted, I never spoke with them, but I stood pretty close to them, and that’s a start! Needless to say, as we walked back to our hotel in the wee hours of the morning, along the quiet Manhattan streets, we were 100% happy. 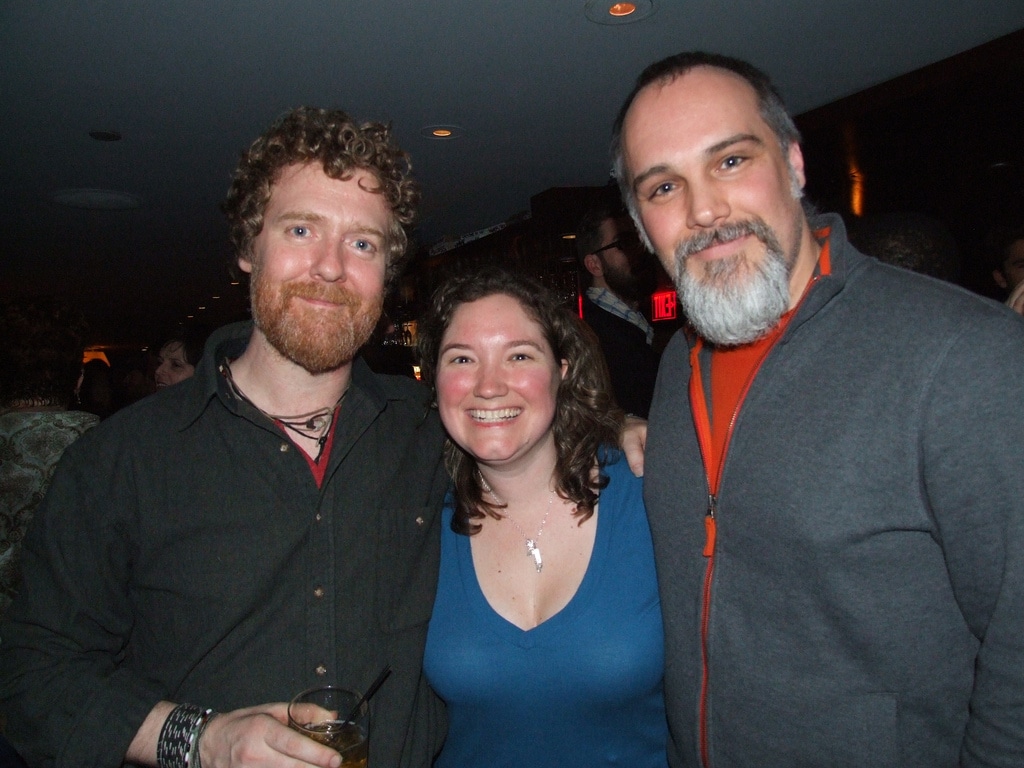 In an effort to be less critical of myself in photos, this is SOOC. Over the years, I have learned it is impossible for me to be both cool and excited at the same time. In moments like this, excitement always wins out. Hence the crazy-person smile. Now go out and buy some Swell Season on iTunes!