Rob and Hannah: I'm Gonna Love You Forever and Ever, Part One

Hannah and Rob got married on April 2nd at the Omni Parker House Hotel in downtown Boston. It’s taken me a while to blog their images because I’m having technical glitches with my slideshows. So, instead, I’m just going to post a boatload of photos from their gorgeous wedding! And, man oh man, was it beautiful! And better than being beautiful, it was so much fun! Even the grandmothers rocked the night away!

The dress and the shoes! 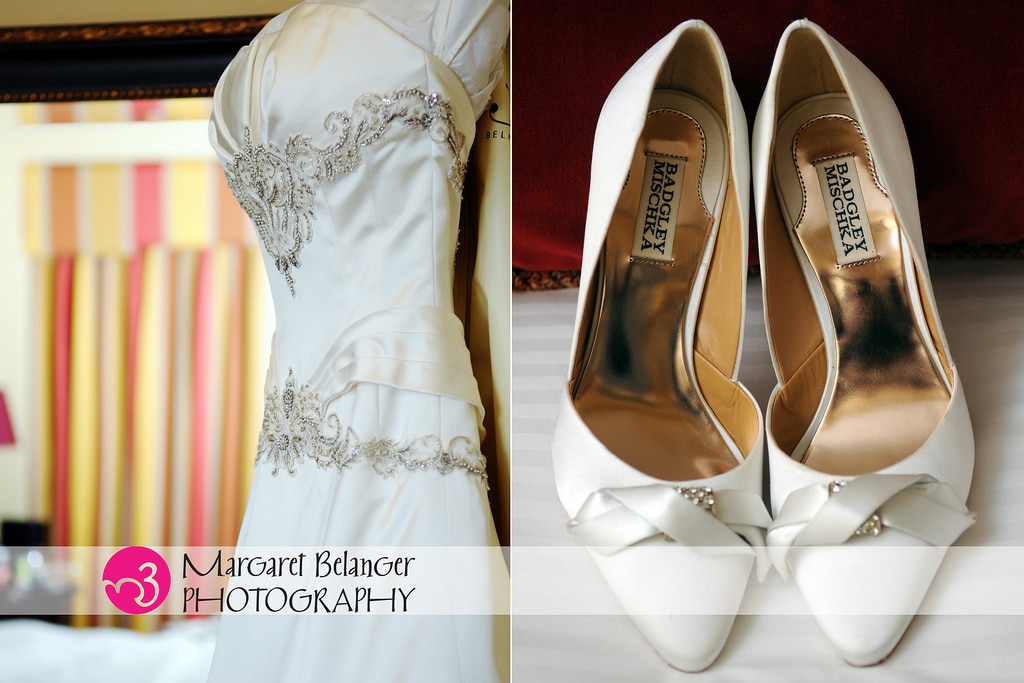 The smiling bride. Doesn’t she take your breath away?? Wait until you see Rob’s expression when he sees her for the first time! 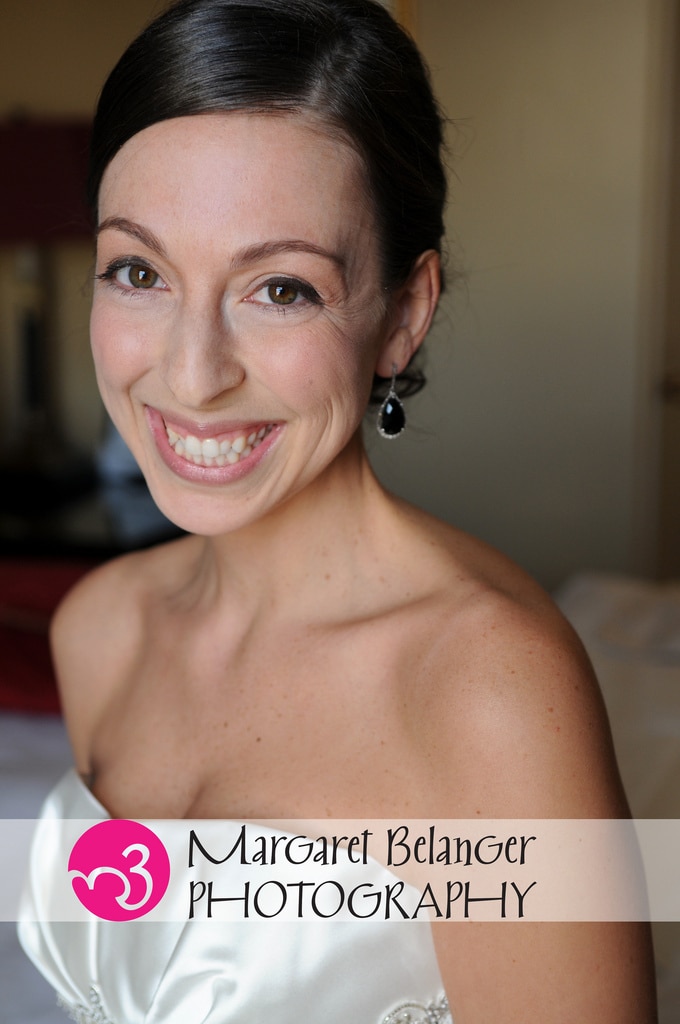 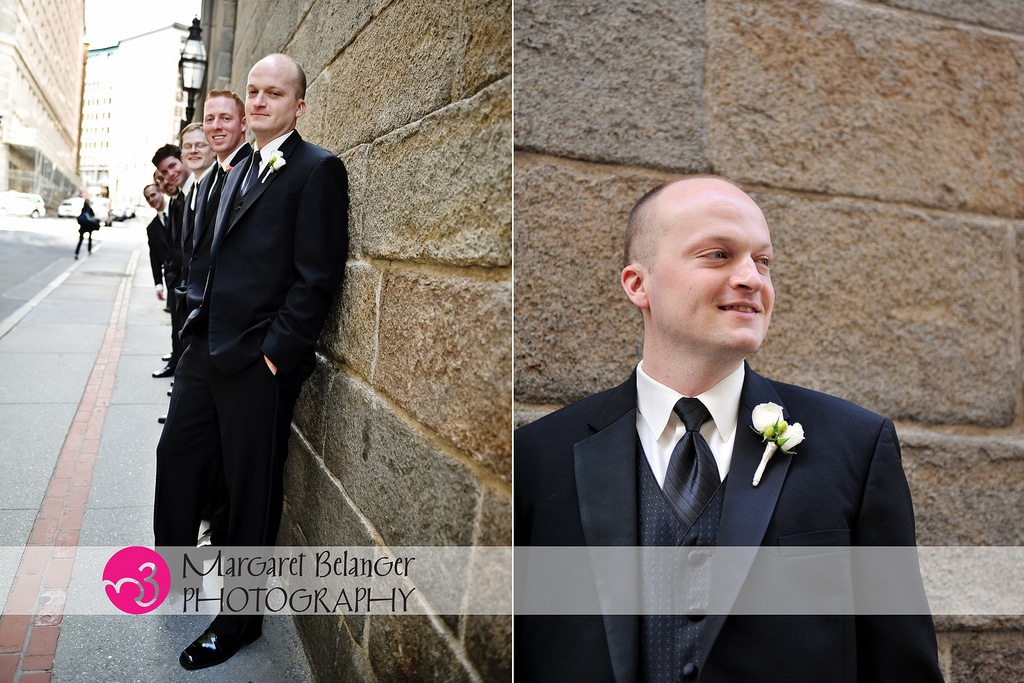 Hannah and Rob wanted to do most of their portraits before the ceremony, so we arranged for them to have a First Look on the grounds of Boston’s Old City Hall. I don’t think this moment between Hannah and Rob would have happened during the ceremony! This photo was captured by my second shooter, Kristin. Awesome, right? 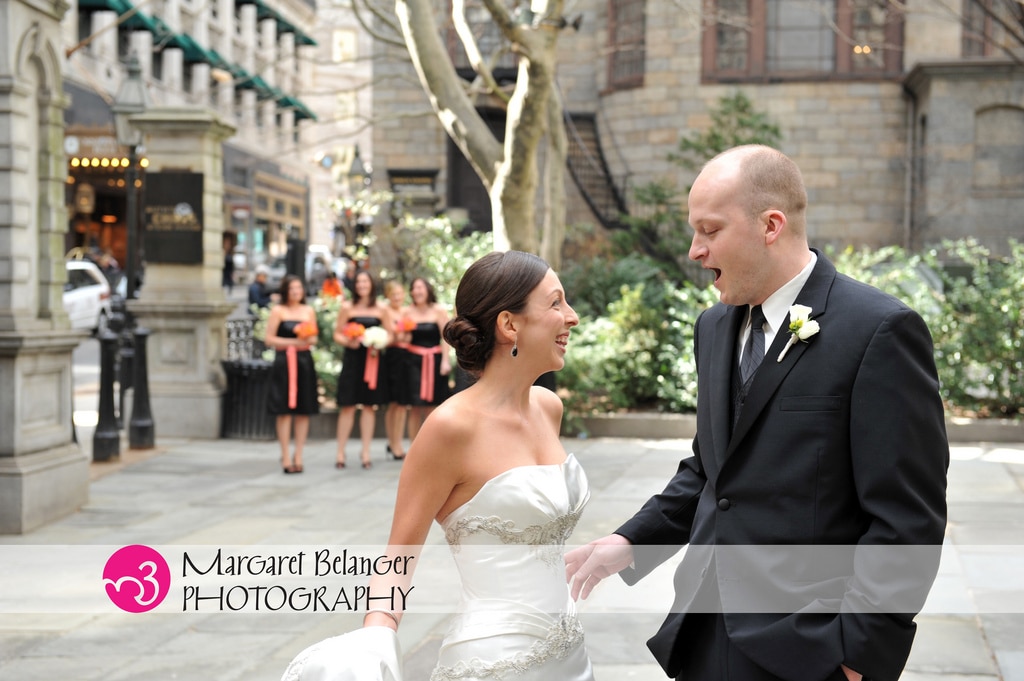 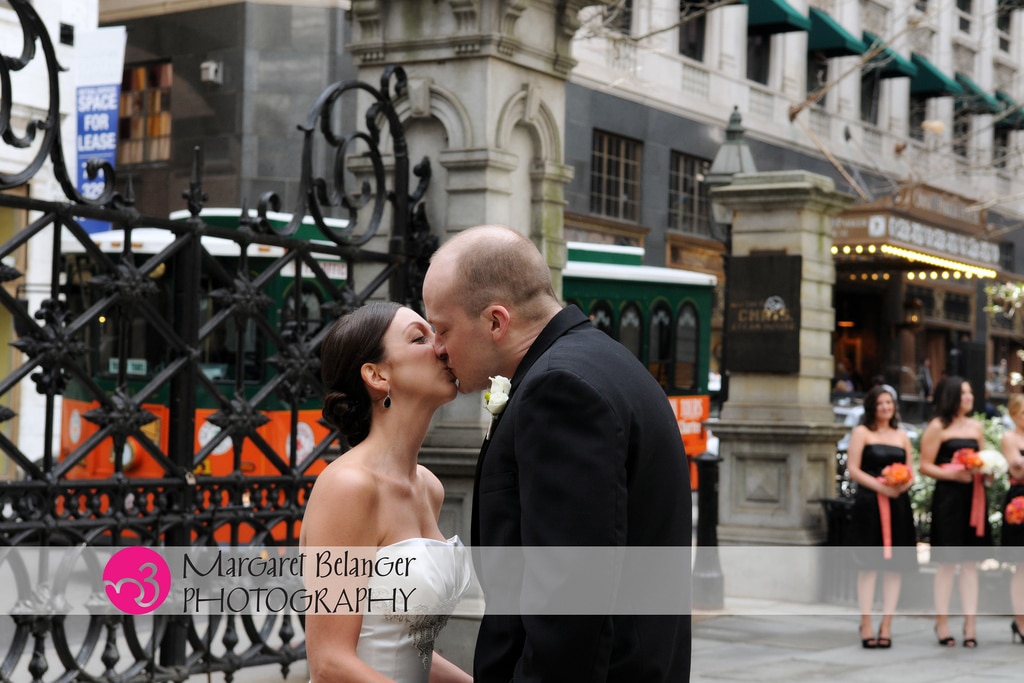 Swish, swish. Hannah embodied all the grace of a classic bride. So elegant. This is another image from Kristin. 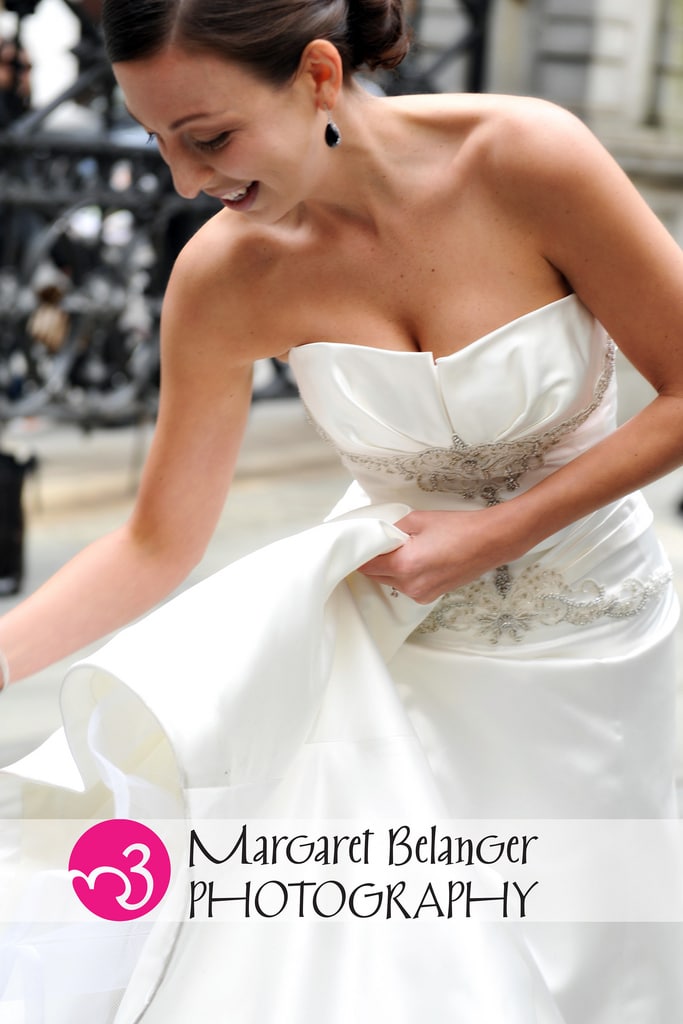 Rob and Hannah assembled a cracker-jack team of bridesmaids and groomsmen who braved the chilly early April winds so we could get some group photos outside! 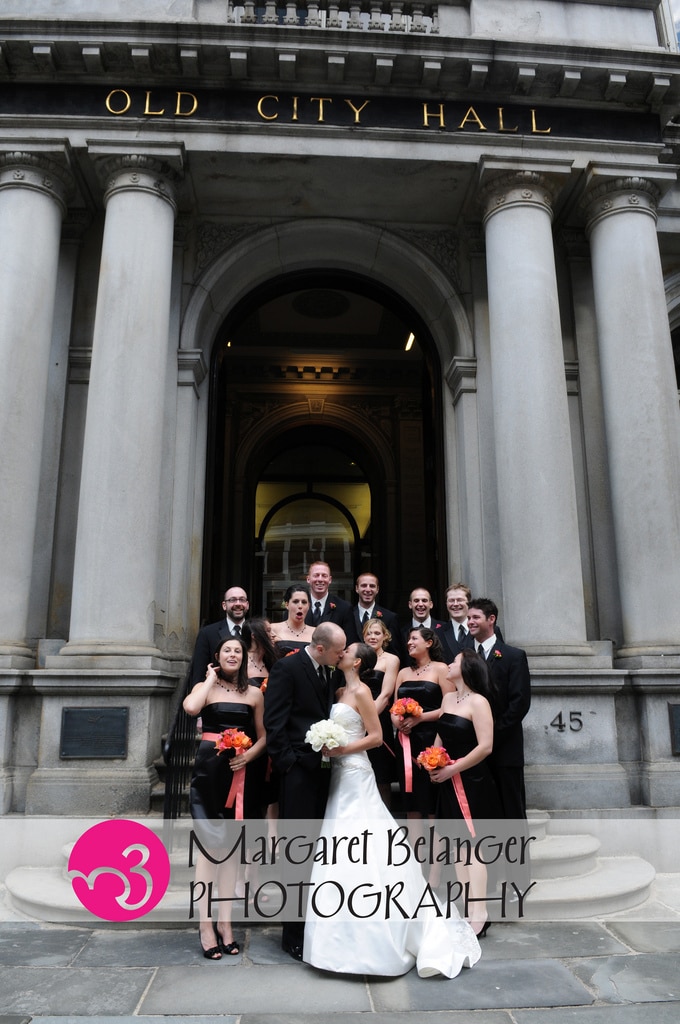 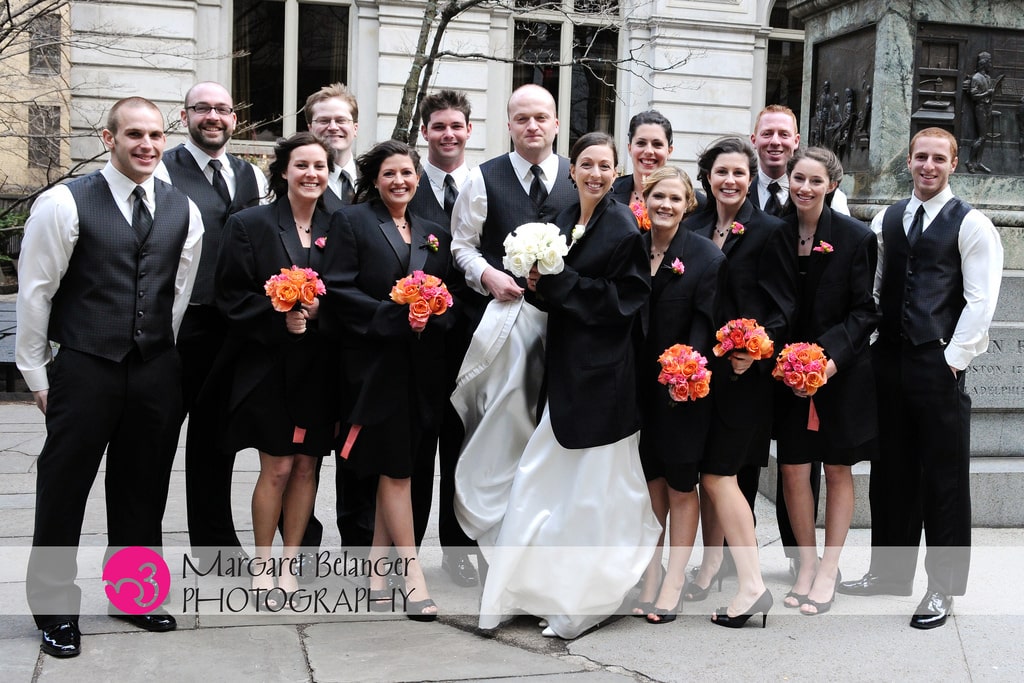 Once we had had enough of the wind, we moved inside for portraits! Hannah and Rob are naturals! 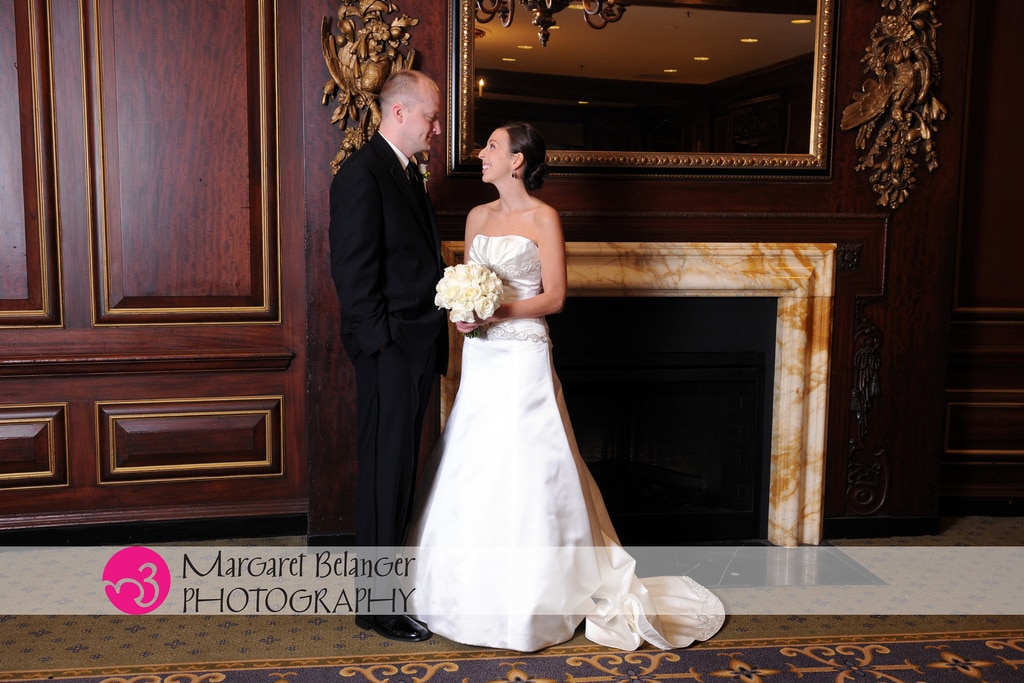 We took a photo like this at their engagement session and it was one of their favorites so they wanted to replicate it on their wedding day! 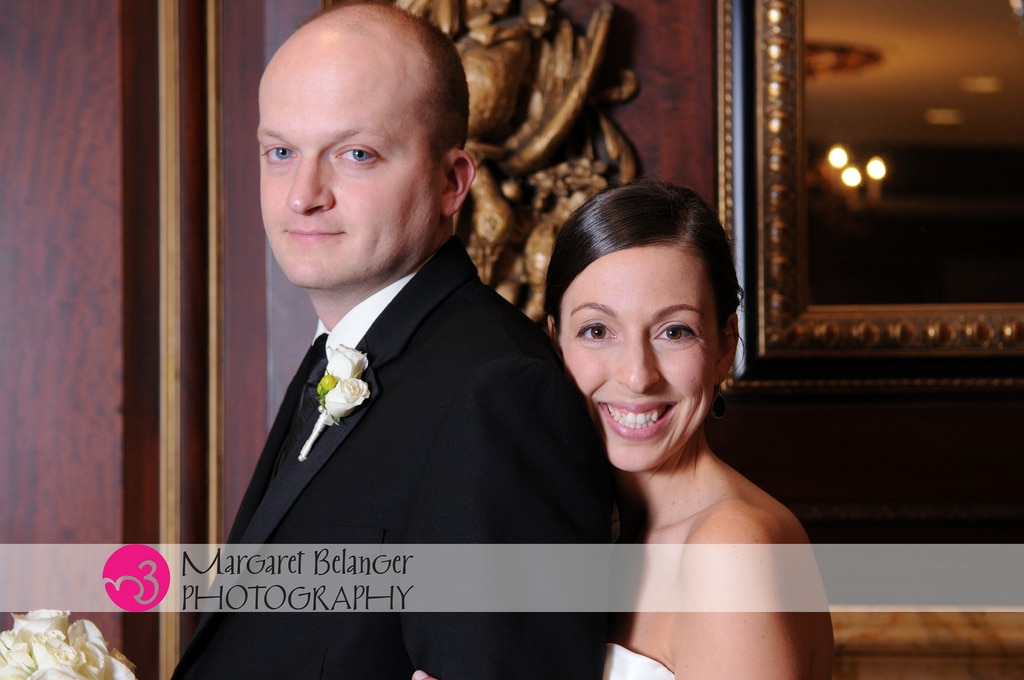 I think this is enough photos for today! I’ll post more from Rob and Hannah’s wedding later! They’re too fabulous to be languishing in folders on my drives. In the meantime, everybody have a happy and safe 4th of July weekend!