Someone's in the Kitchen With Dinah

Be prepared for a LOT of photos in this post!

Recently I had the pleasure of photographing the Mangalitsa Dinner at the Beacon Hill Bistro. It was such an amazing experience. I was there to take photos that will eventually be published in a book titled “Boston Homegrown.” The book will feature restaurants that use local farms to provide locally grown meats, produce, breads, etc. What’s great is that it will be more of a coffee table book than a cookbook (although there will be some recipes). Profiles of the farms, restaurants, and chefs will all be featured. This dinner at the Beacon Hill Bistro featured courses made with ingredients from two Mangalitsa pigs. It was sort of like Iron Chef – here’s the ingredient, include it in every course. Not that I’m reviewing the dinner, because I wasn’t there to eat, but I thought Chef Jason Bond did an amazing job. Everything looked so beautiful and ran so smoothly. I was in awe of what was happening in the kitchen. I look forward to having the opportunity to go back there and try something off the menu!

The following photos are different from the ones that will show up in the book. These are the “rejects.” Imagine how yummy the chosen ones look!

This is the dinner set-up. 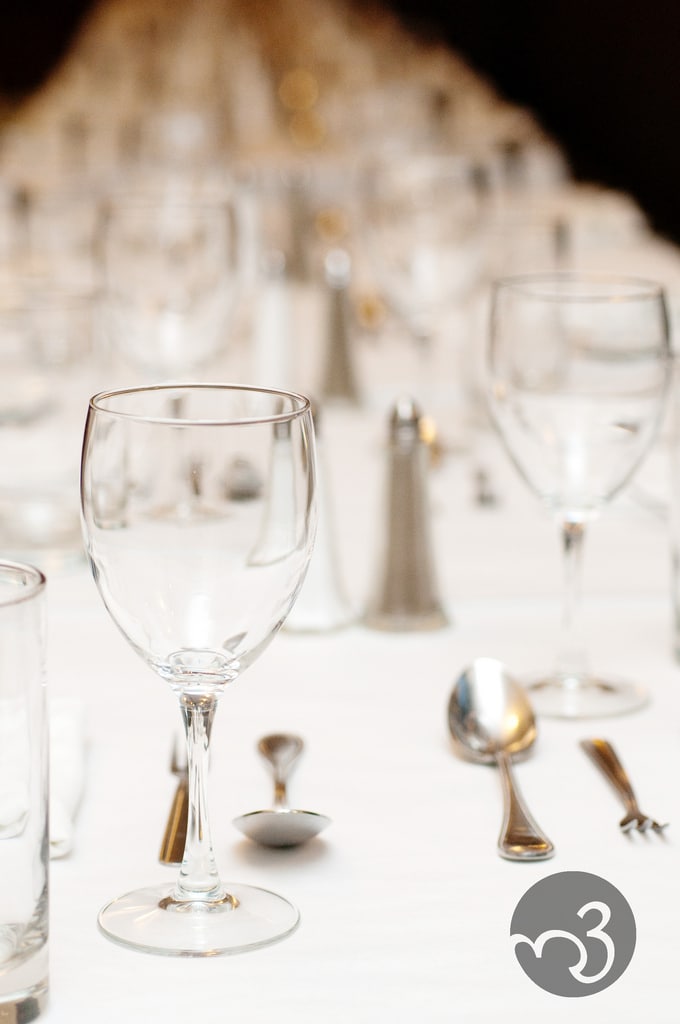 Black & Tan were actually the names of the pigs. I’m sort of surprised they named them, but something tells me maybe they were just named after what color they were. 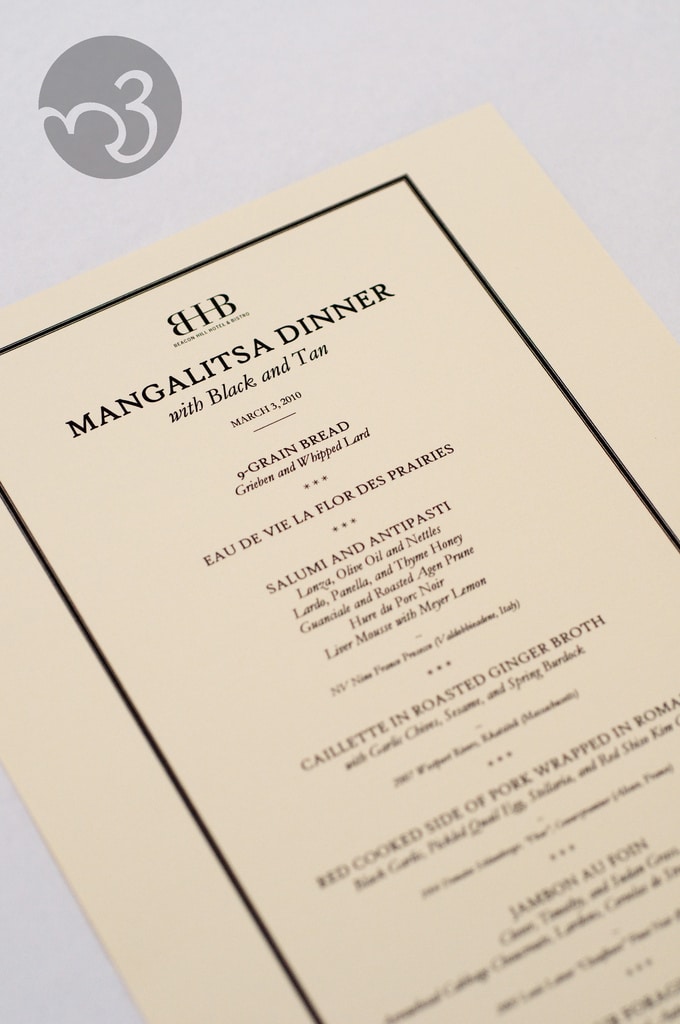 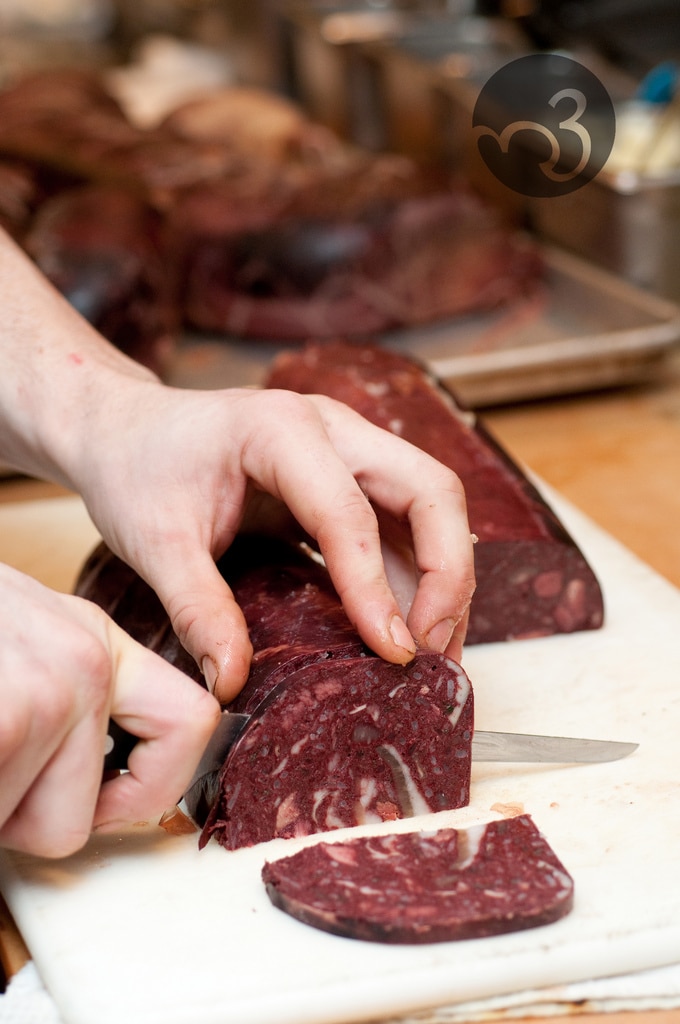 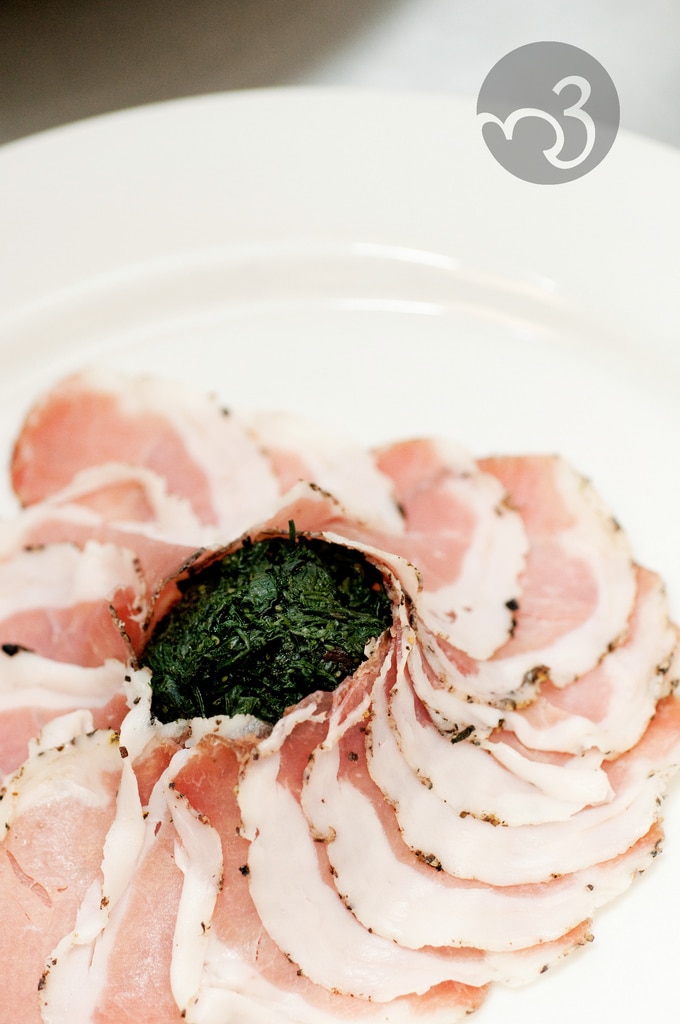 Liver mousse with a jelly. 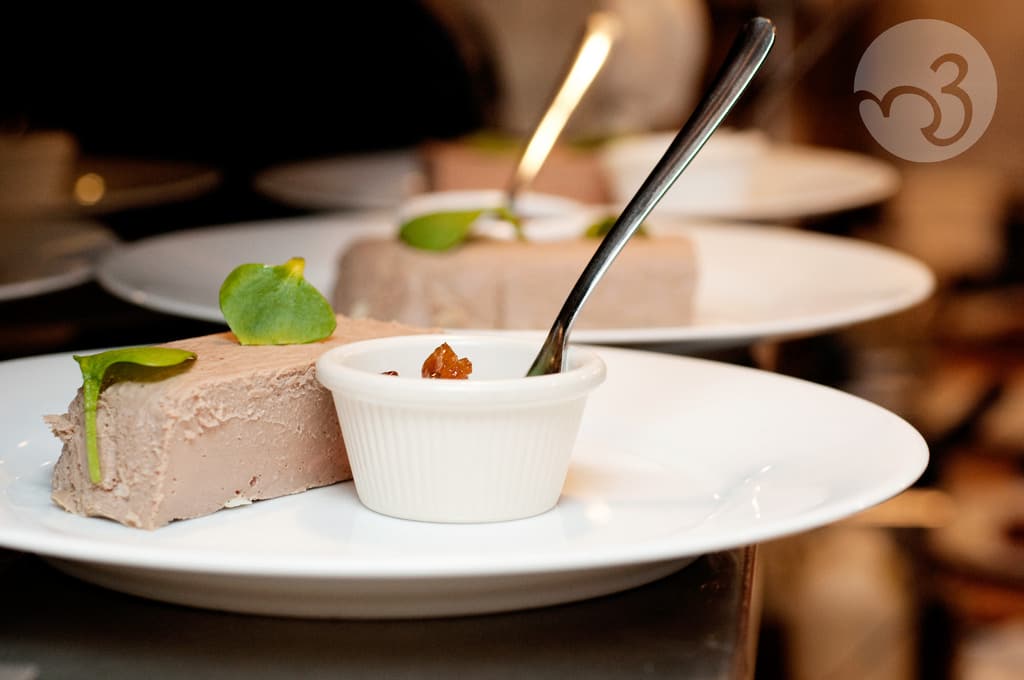 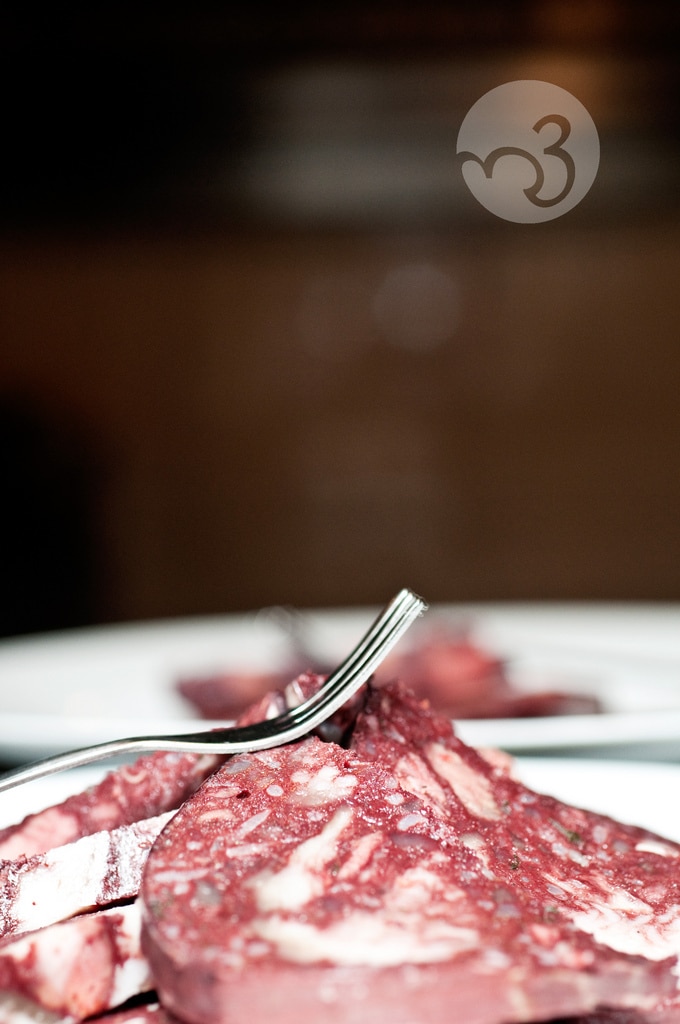 The busy kitchen. Watching the kitchen staff was like watching a well-choreographed dance. It was as if Busby Berkeley was arranging the whole thing! I have to say, I was nervous to be there with all the action happening, but I did my best to just stay out of the way. Everyone was so welcoming and accommodating; it was awesome. It made my job so much easier, and so much more fun! 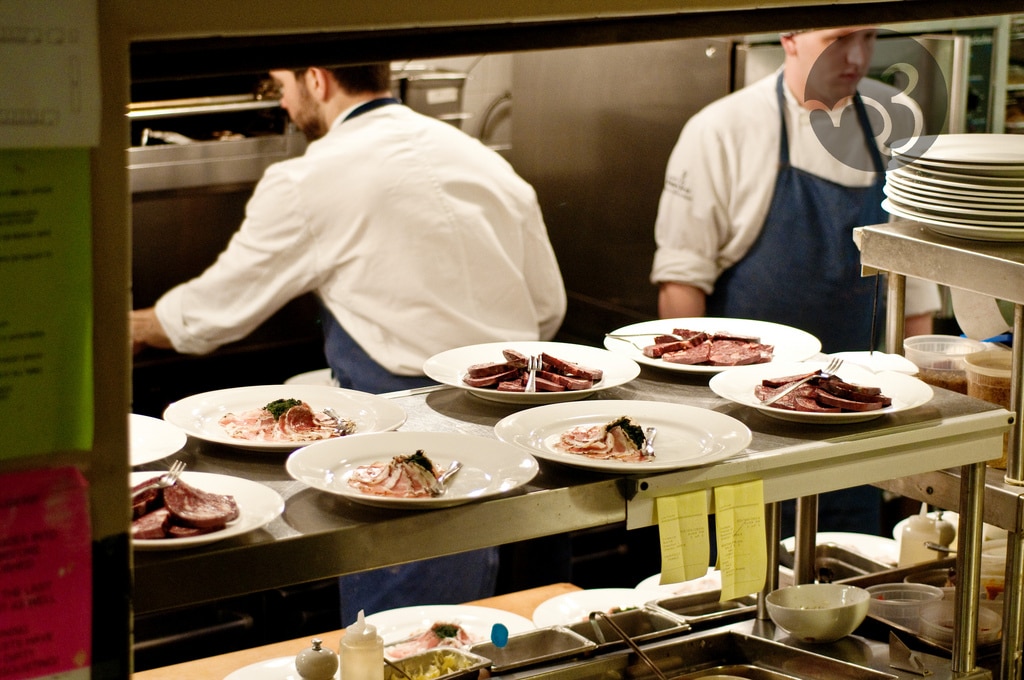 These are flowers commonly used to garnish the dishes. 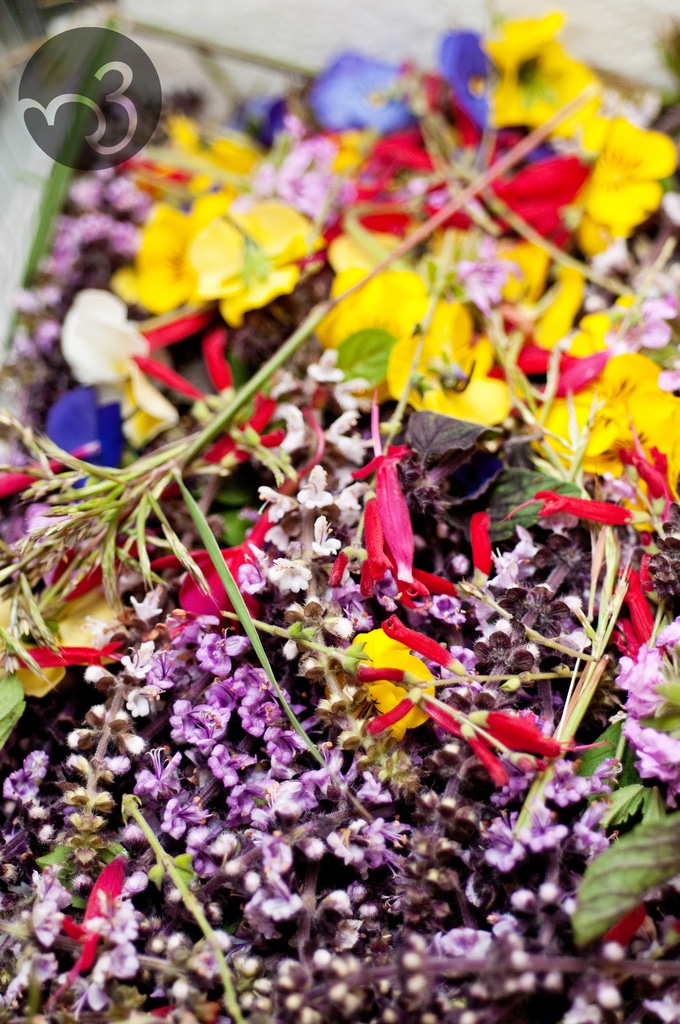 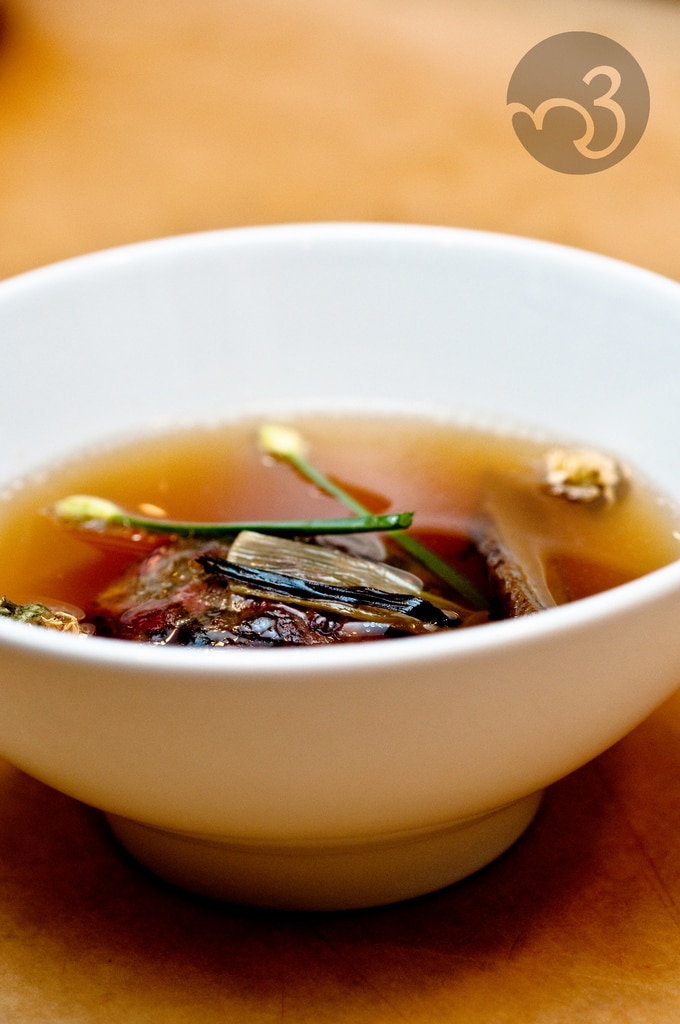 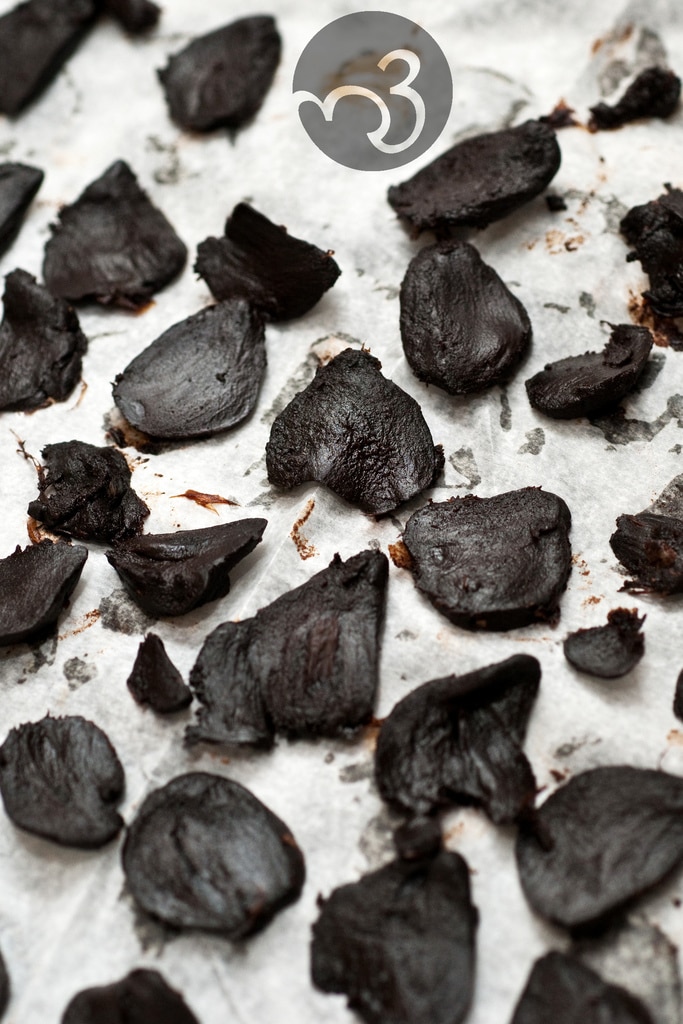 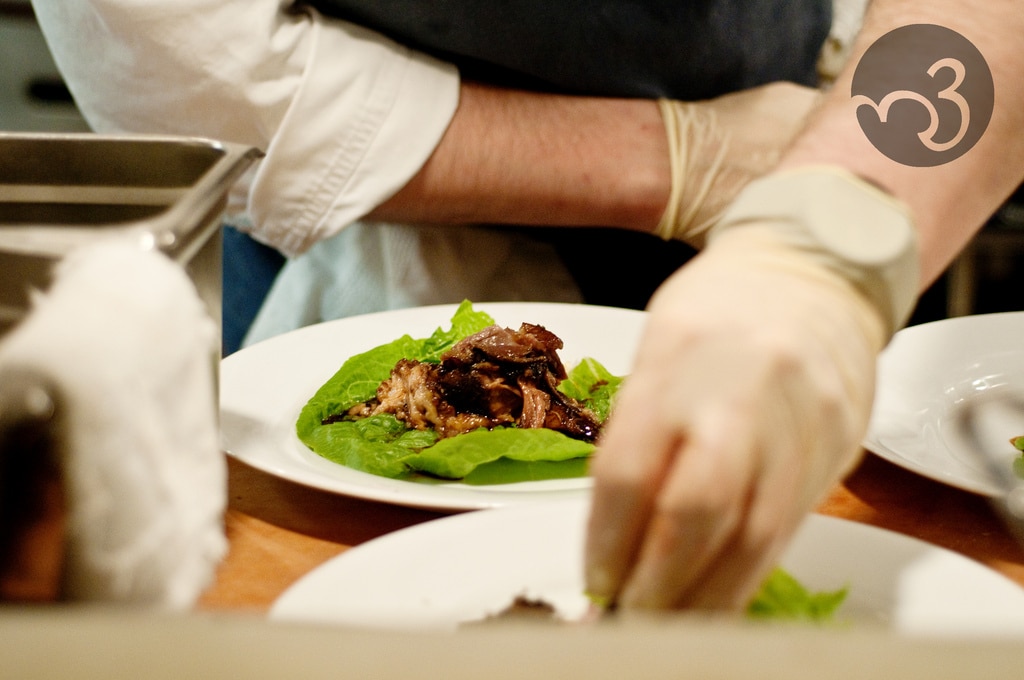 I did get to try a bite of this course. It was delicious!

Dessert. This was on the menu as “sweet pork.” I had to ask what that was exactly because all I saw was dessert being plated. Well, it turns out that all the desserts were also made with pork in some form or another. 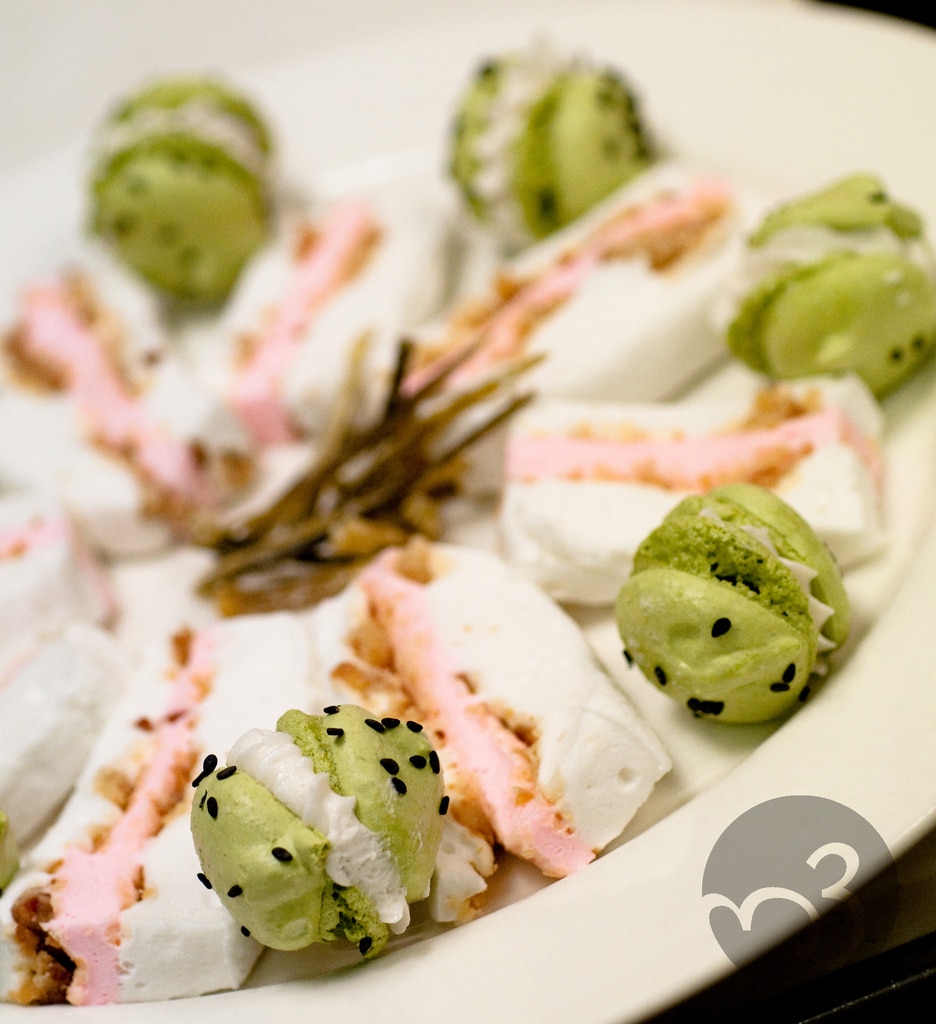 Thanks to the Beacon Hill Bistro for putting up with a photographer in their midst while they’re trying to put food on the table! It was an honor for me to be there.