Valerie and Lloyd are getting married the day after tomorrow (eeks!), but earlier this month we met up with them for their Rockport engagement session! It was a chilly day, especially right by the ocean, but they braved the wind. The dress Valerie is wearing was actually a special gift from Lloyd – he bought it especially for these photos! How awesome is that?! She totally rocked it, too! And you may notice the guest star in these photos – Toto the Wonderdog! Toto was originally Valerie’s dog, but let me tell you, Lloyd is head over heels! If it wasn’t so clear how in love he is with Val, I would suspect he’s marrying her for her dog!  We started the session at Halibut Point State Park. It’s one of my favorite places in the world. 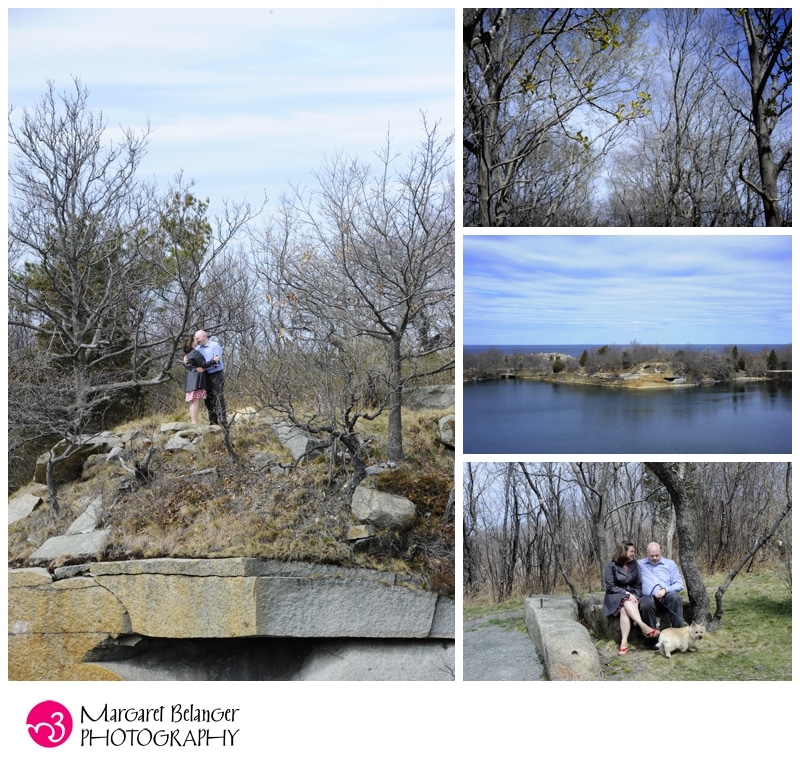 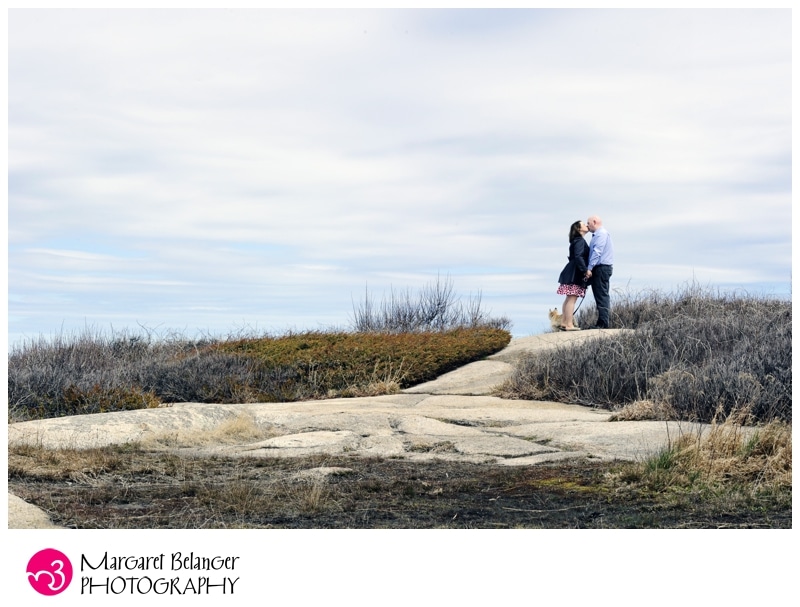 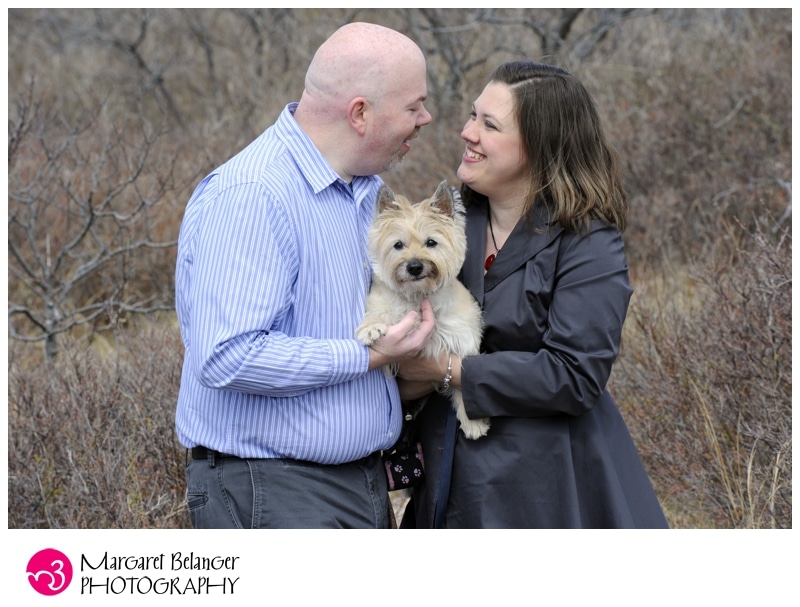 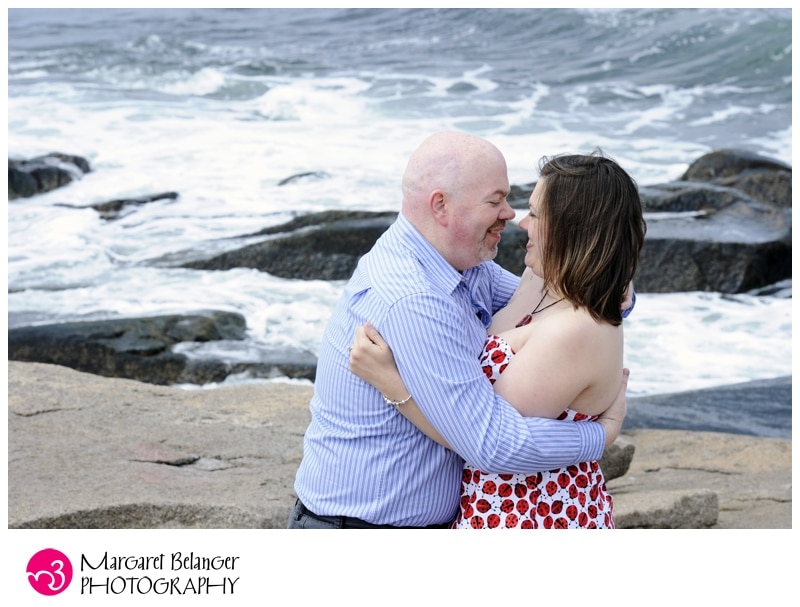 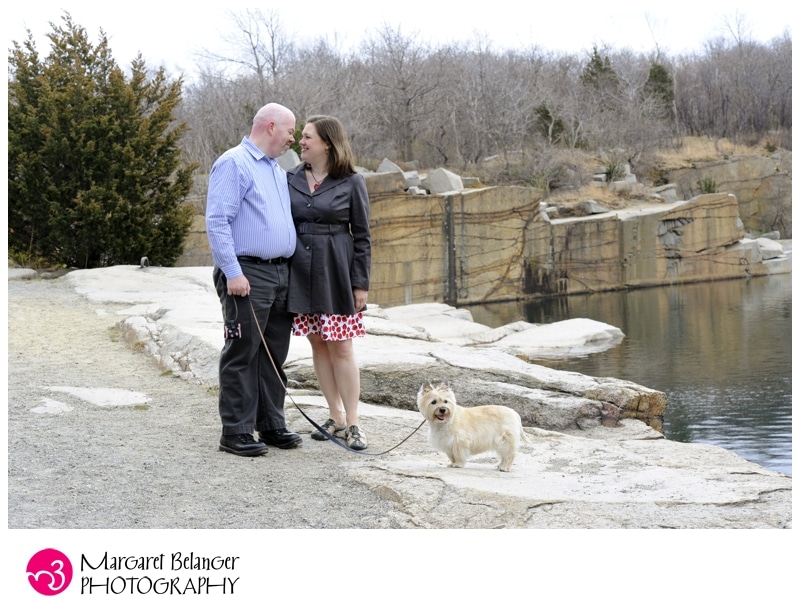 When we switched locations to Bearskin Neck, Lloyd and Valerie surprised me by asking if I would photograph them while Lloyd sketched Valerie. I just watched in awe as he started with a pencil and paper and ended with an actual drawing. All the while, Valerie sat there and crocheted (?). As you can imagine, we attracted a bit of a crowd –  a man sketching a woman and someone else photographing it. Maybe they thought we were a new reality show! 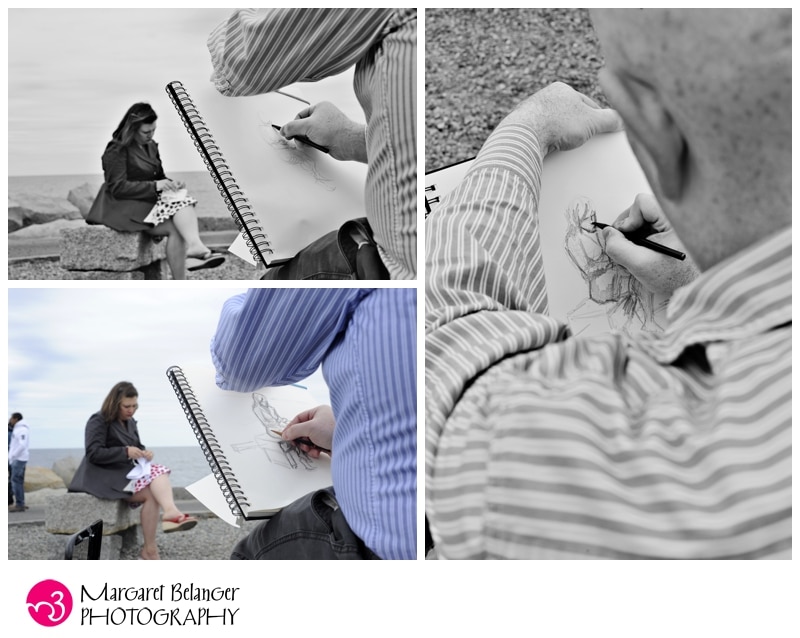 We also stopped at Top Dog, which is a great hot dog restaurant on Bearskin Neck. We really stopped to refuel with some food (and maybe a root bear float), but I also grabbed some photos while we were in there! 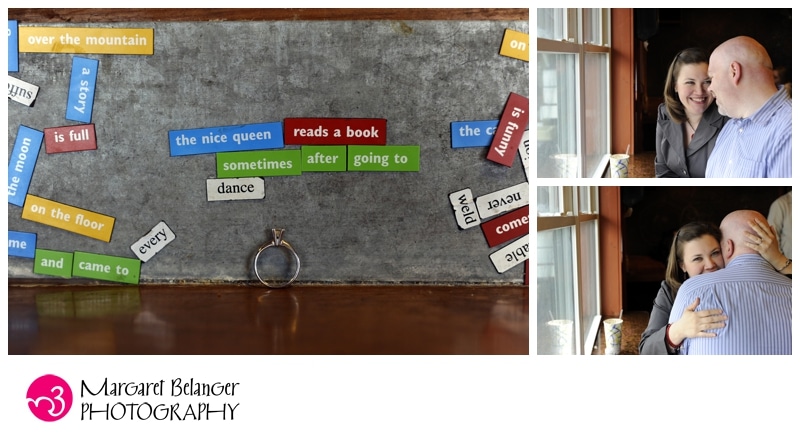 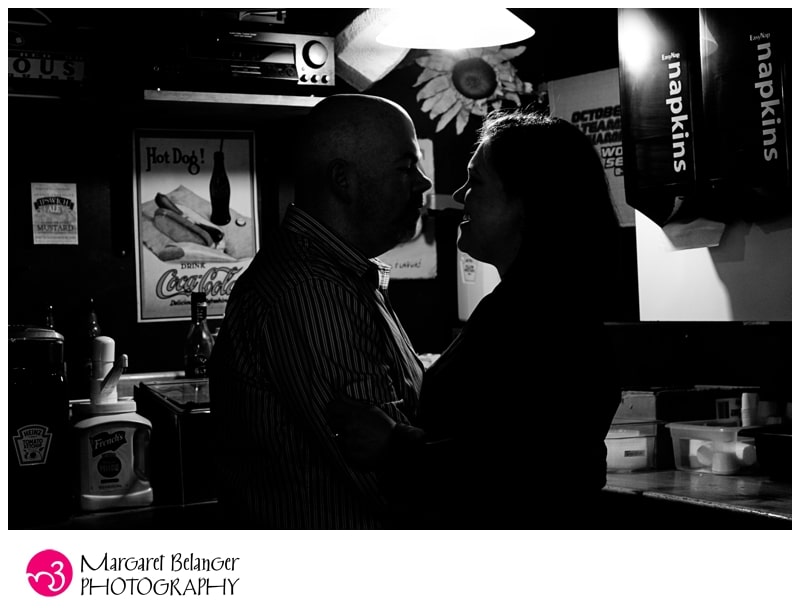 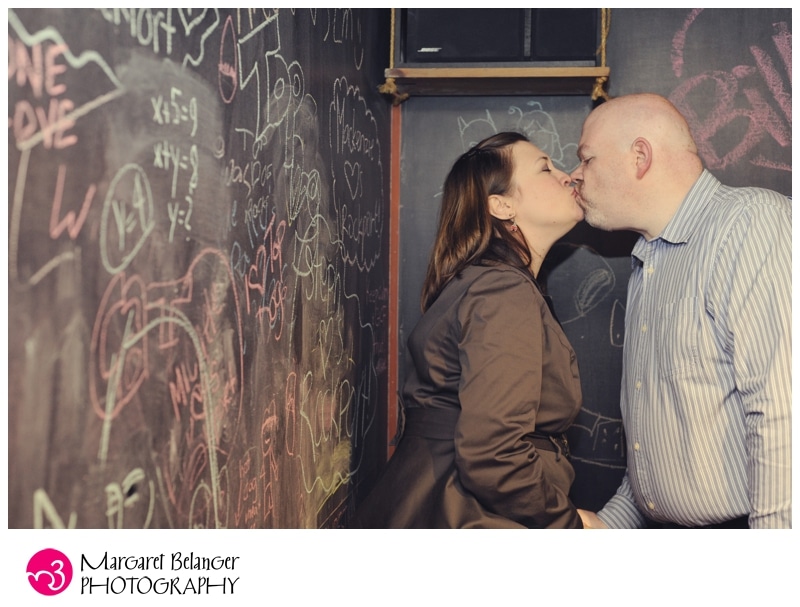 And it wouldn’t be a trip to Rockport without a photo in front of Motif Number One (which is a name I learned about on this trip – I always just thought of it as the red house with the buoys). 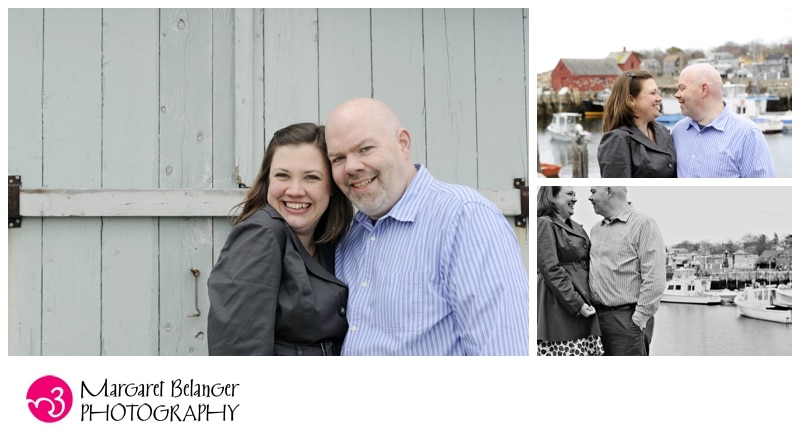 Valerie and Lloyd (and Toto), Doug and I loved spending the afternoon with you in Rockport and introducing you to some of our favorite places! I hope your weekend away becomes an annual tradition!